Attack of the Unfinished Games 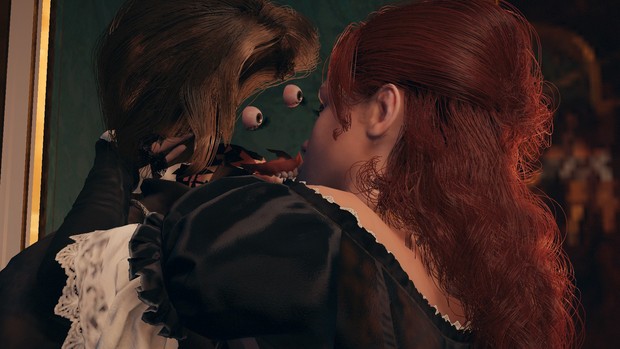 Note: New to Destructoid, this is my first post. Hopefully I'm not just harping on things that other people have already said here! I'll have more original-ish content soon. Thanks for reading!

I had a sinking feeling in my gut when the SimCity debacle of 2013 occurred.

If you were paying attention to any game-related news site, then you know what I’m talking about. For those of you outside the loop — SimCity was released by EA and Maxis to unanimous cries of negative critical reception from all who played it. And the word “played” is being used rather loosely here, because the game was nigh unplayable for much of its early lifespan. EA decided that the game should require a persistent online connection in order to be played. Couple this with the myriad of connectivity issues that came with the game’s launch, and what you have is a recipe for disaster.

The reaction from gamers was swift and ruthless. Reviewers slammed the game. Customer complaints were so high that Amazon withdrew the game from its market because of them. So it went — internet pitchforks drawn and torches set aflame — for a few months. Maxis patched the game a few times, EA refused to provide refunds, there was that whole issue with the online/offline connectivity that I won’t even get into here for the sake of a succinct article — but eventually, the hubbub died down.

Even still, though, the pit in my stomach wouldn’t go away. And that’s because I knew this wasn’t going to be the last time something like this would happen.

I have been told by my friends that I’m very cynical about videogames — I’m not really a fan of the community that’s been built around it, and it takes a game that is genuinely unique to interest me enough in playing it for more than an hour. I hate the bureaucracy that envelops AAA marketing and development. I even introduced myself to this site with the phrase “I hate videogames.”

I say that mostly in jest. But now that we’re nearing the end of 2014, I think more truth rings in my statement. Because as far I’m concerned, 2014 has seen us under attack by unfinished videogames.

The general trend amongst many AAA developers seems to be “release first, then make the rest of the game later.” First it was SimCity. After that it was Battlefield 4. And this year, it’s LittleBigPlanet 3, the Halo Collection, and Assassin’s Creed: Unity, a true star of this show. The latter two games are practically broken for a multitude of players — Those who bought Halo are still having trouble connecting to a match, and Assassin’s Creed: Unity is so buggy that there are entire forums being created attempting to fix and workaround the thing’s problems.

And the scariest part about this is that gamers seem to be okay with it. Check any comment section, and you’ll see the same phrase repeated ad nauseam: “I guess I’ll get it when it’s fixed.” “Hopefully it gets patched soon so I can finally play it.”

Why are gamers so intent on letting developers get away with this shoddy quality control that comes with their development? It seems absurd that gamers let this sort of thing go on, when it would be completely unheard of in other forms of entertainment. Imagine paying full-price for a movie, walking into the theater and watching it, only to have the movie cut out halfway through, only to have an employee walk in and proclaim, “sorry, the movie isn’t done yet, the rest of it will be reordered in the next few weeks. Be sure to come back and watch it then!” Absurd.

That being said, this isn’t true of all games. You don’t hear of this sort of thing from most Nintendo titles — Super Smash Bros. for Wii U recently released in the same timeframe as Assassin’s Creed: Unity, with little to no issue (minus the lack of GameCube adaptors for those that didn’t pre-order). And a few bugs here or there are always going to be found after a release, especially in open-world games like The Elder Scrolls, or Far Cry. But that’s no excuse for the sort of behavior that seems to have made us all complacent these past few years.

So, developers: please release your games after they’re complete. Maybe even recall them when an overabundance of bugs and issues are found post-release. In the long-run, customer loyalty will be worth the extra cost.

And gamers — vote with your wallet, please. Don’t settle for a game that is only half-finished. Have enough respect in your own taste to not put up with an unfinished product. Don’t purchase games the same day they come out unless you are absolutely sure of their quality.

Hopefully, if everyone takes these steps, the industry will be a little bit less trigger happy with the release of unfinished videogames.