Why should you absolutely be playing Dragon Age: Inquisition?

It's a beautiful game! And I'm not talking about the graphics here (though I have been assured those are good as well). I played the game on low-medium graphics setting and I was blown away by the art direction. The use of colours, shape, and light all contribute to this “every shot a painting” look.

Which is not to say that it is all rainbow coloured. True, the Hinterlands are bright autumn colours and the green hues in the Emerald Graves will make you totally understand why the old Dalish gave up their lives to fight for that land. But there are other more sombre backgrounds too. The stormy night of the Fallow Mire, the snowy Emprise de Lion, and the grey day of Storm Coast.

Even within each area there are distinct and beautiful landmarks. Not to mention the vertical variation in terrain.

And then there is Skyhold. And the Winter Palace at Halamshiral. I could just keep going.

The Variety of Gameplay

If the only thing available in the Hinterlands were fetch quests, then I would have left that area in five hours. But I was “tricked” into spending around 30 hours there. Why? Because of the variety of gameplay available.

First and foremost: they have added jump. What the whaaat?!

So, yeah, now in addition to the Bioware staples of combat gameplay, and dialogue gameplay, we also have hidden object mini-games, connect-the-stars mini-puzzles, platforming, even elements of grand strategy in the War Room. 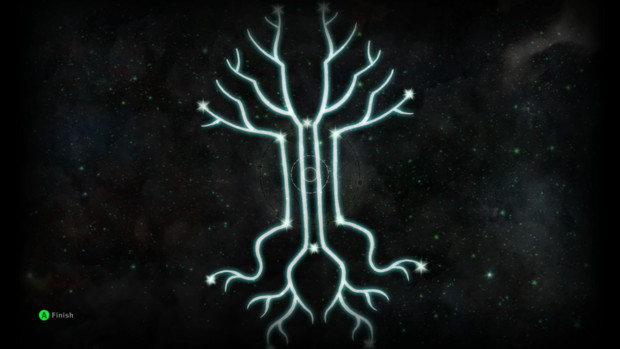 The great thing is, all of it is connected. Some elements will be insignificant while other sidequests will have noticeable impact to your inquisitorial efforts. This is also why people spend a lot of time in the Hinterlands. If you can secure food for the refugees, you spread your influence. If you get them supplies, you increase your power. If you get them food AND supplies AND protect them from rogue elements, they will offer their services as agents. As agents, they will help you out in your War Room efforts.

Changes to the Gameplay

Thankfully, as much feedback as they received to “make it just like Origins”, Bioware implemented quite a few changes to the gameplay. Old school RPG fans might be disappointed but really these changes don't make the game any easier. In fact, they might have made it harder.

For one thing, your healing potions are now limited to 8 (upgradable to 12), and these are shared between your party members. Oh and mages no longer have healing spells.

At first, this feels more than a little inconvenient. But this change is actually an upgrade. Allow me to explain why.

Firstly, it frees you up from having a dedicated healer in the party. If you played Origins or 2 in nighmare mode, you were almost forced to either keep Wynn or Anders in the party or have your PC be a healer. 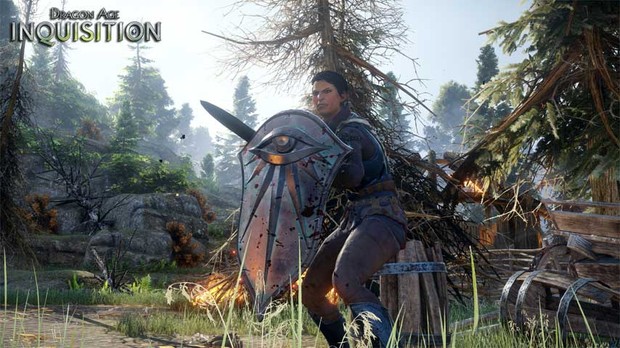 Secondly, they have added new systems to put more focus on defensive and damage deflection capabilities. Mages can cast “barrier” over all party members, and warriors (and in one specific case rogues) can build “guard”. Both “barrier” and “guard” take damage before your HP.

Thirdly, by limiting the max amount of healing potions, they are now able to better craft each fight. This is the Dark Souls school of thought. Previously, a fight could be super easy if you went in with a lot of potions, or mind-numbingly difficult if you had none. But now, the developers have a better idea of how you would be approaching a fight. So they can make sure that the difficult (easy or hard) is even instead of spiky.

Also, just like in Dark Souls, this encourages you to find camp sites all along the maps, because they function like bonfires and auto-replenish your potions back to max.

Another great improvement is the crafting system.

To craft a weapon or a piece of armor, you need a schema (recipe) and the crafting ingredients. The ingredients are items you can collect on your journey. The strength and abilities of item will depend on the quality of the material you use. 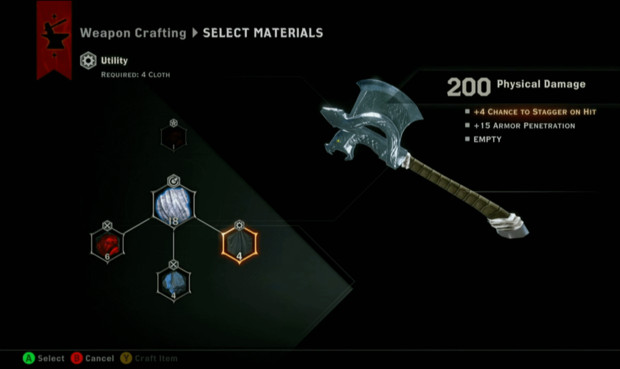 And it's all really well balanced. The way it worked out for me: By simply picking up what was around, I was always able to craft a better set of daggers for my rogue than anything I found in the loot. But I had to use up my best material. Which meant that if I wanted to make similar items for all my team members, I'd have to do a lot of material grinding. I felt that struck a great balance between crafted items and loot.

This game feels like the end of a trilogy. A lot of story threads started in Origins, Awakening, 2, and Legacy were tied up here.

Whether or not this was their intention from the beginning, they have made a lot of seemingly disparate plot points over the series come together to form a whole. Many old characters return, and some of the mysterious ones are finally revealed to be what they truly are. 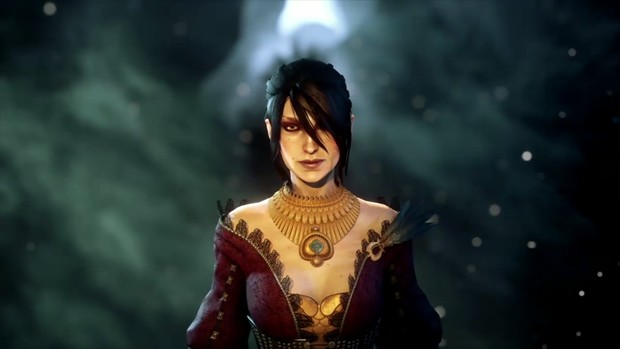 I know I am being vague here. I don't want to spoil anything. But there is a massive sense of payoff from the stories started in the previous games (and even the books).

Caveat: that doesn't mean all your questions will be answered in this game. They still have a few loose threads, including some new ones to whet your appetite for an expansion (or perhaps the sequel).

Mild spoiler, maybe: I played as a female Dalish who decided to romance Solas when she found out that Dorian was “fully gay” (yes, I set her up to fail. She just rolled with the punches.) It turned out that this was a great way to go. For those of you who aren't playing Dalish, I still recommend taking Solas with you to the Arbor Wilds (a story mission). 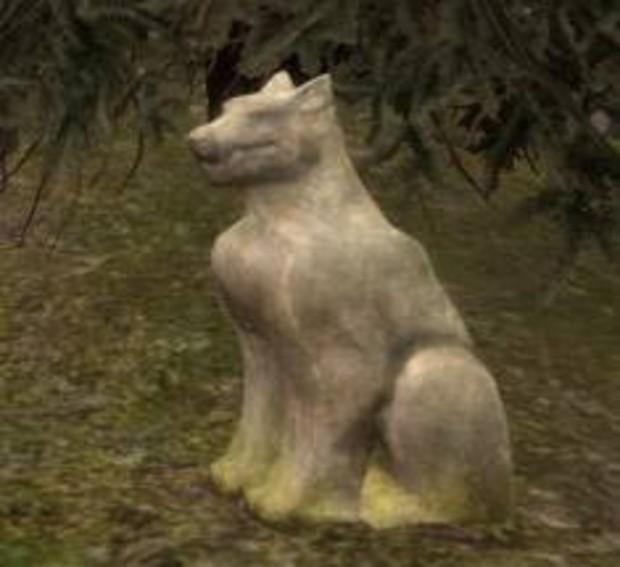 The Bard in the Tavern

Even though the background score is nothing spectacular, there is one aspect of the music that really stands out. When you go to the tavern in your base, the bard sings songs. And she is amazing!

There are happy songs and there are funny songs. But what touched me the most was a sombre song that is unlocked after a story mission. It almost made me cry. For players who haven't played Origins, it won't hit them as hard as those who have.

The War Room really expands the feeling of scope. It's a novel idea: you know that building a new and powerful faction in this world is not a one person task. So you have counsellors who help you out. 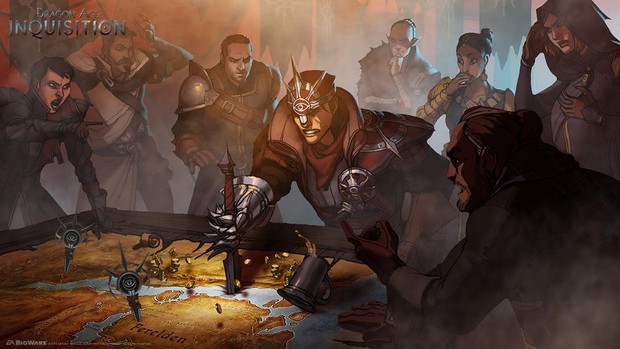 You can give them assignments which run in real time (even counting the time when the game is turned off). It has a real sense of scope. There are expeditions, and reconstruction efforts, and diplomatic missions. All of that happens parallel to your adventures.

So, when you come back from your mission to debrief in the War Room, the others might also be waiting to present their results of their activities.

It's a very elegant way to add to scope: elegant in the sense that Bioware had to do very little while making it seem very huge.

(added this section in edit)

Despite what Brittany says, I think that the release trailer really captures the essence of the Dragon Age: Inquisition experience. The beautiful world, the high octace action, intersperesed with tender moments with your companions.

Regardless of its flaws, it's better than what I was expecting.