The 3DS is a great system, one that has really come into its own in the past few years and has an increasing number of great games. The system is also special to me because it is the first system I bought on day one. From the introductory announcement at E3 2010, I eagerly awaited the arrival of what looked like a revolutionary and innovative system. There were so many great games lined up for release, with strong third party support. Despite a few dry spells over the three and a half years since release, I have really enjoyed the 3DS and it is one of my favorite current systems. I think that enough time has passed that I could put together a decent list of some of my favorite games for the system. As a heads up, I have Super Smash Bros. for 3DS and am really enjoying it, but decided not to put it on this list yet, giving it a bit more time before I rank it. Without further ado, here are my top 5 Nintendo 3DS games. 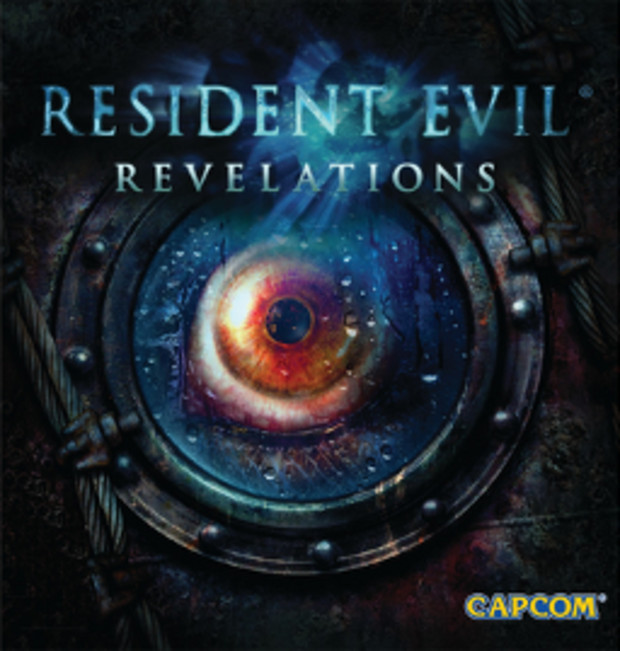 From the original reveal at E3 2010, one of the games that interested me the most was Resident Evil: Revelations. Graphically, it looked fantastic and was one of the best looking games announced for the system. The game really showed off the 3DS’ power. I think that this is one of the best Resident Evil games in recent years, outshining RE5 in my opinion. In contrast to many of the recent games in the series, this one actually felt scary. Navigating the abandoned cruise ship at night in the middle of a storm made for a very creepy and tense atmosphere. This is one of the few games that really utilizes 3D in a meaningful manner, in my opinion. The monster designs were very well done and the audio was great, making you feel as if you were actually there. The story wasn’t that bad, either. There were some great cliffhangers that made you want to push onward and discover the truth behind the game’s events. All in all, I think that newer Resident Evil games could learn a thing or two from Revelations.

4. The Legend of Zelda: A Link Between Worlds 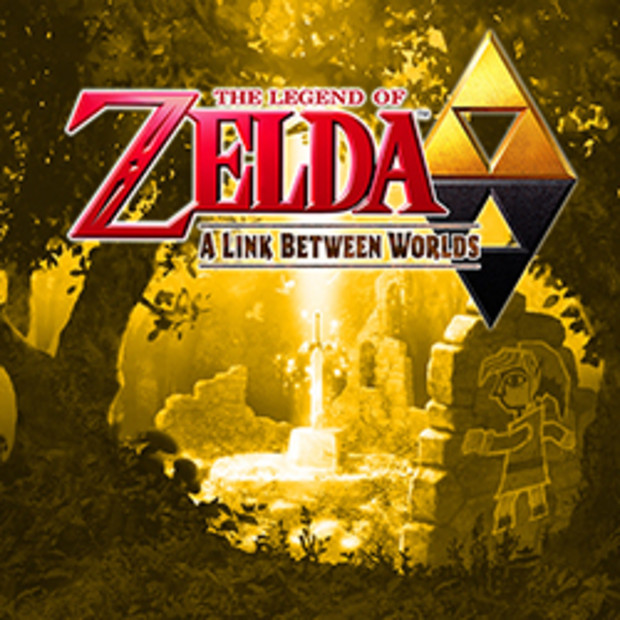 A successor to A Link to the Past, A Link Between Worlds pays homage to its predecessor but paves its own way and creates its own identity. Though I only played A Link to the Past a few years ago, it was great seeing many of the familiar sights again and hearing the familiar tunes. In contrast to many recent Zelda titles, this entry allows the player to advance through the dungeons at their own pace and in any order they choose. Perhaps the biggest twist to the Zelda formula is the new gameplay mechanic where Link is able to become a 2D image and navigate on a 2D plane. Similar to using portals in Portal, this allowed for unique puzzles and design elements that really forced me to think outside the box when navigating the environment. Though parts of the game were somewhat easy, much of the game had sufficient challenge and made me feel accomplished after completion. A successor to A Link to the Past, I think that A Link between Worlds is able to stand on its own, offering fun gameplay and inventive puzzles to solve. 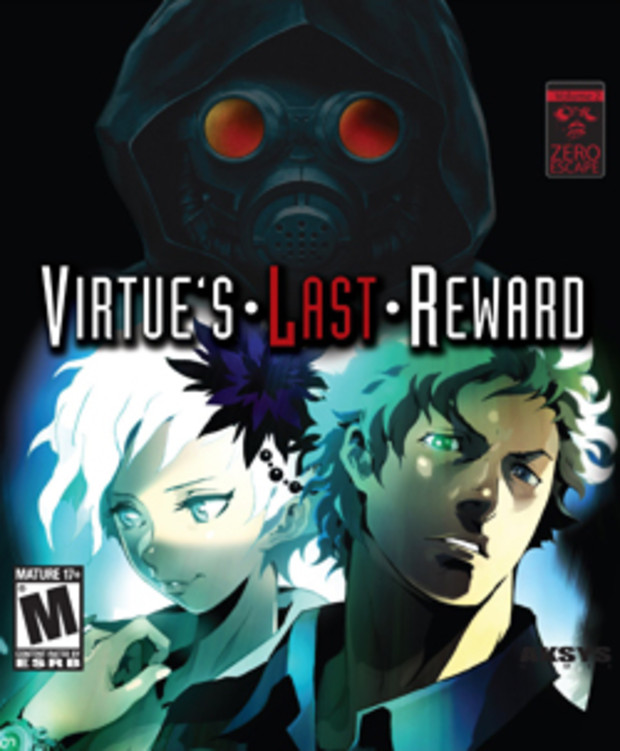 The Zero Escape series has one of the best and most engrossing stories I’ve come across in gaming in some time. The second entry in the series, Virtue’s Last Reward is a thick game and took me well over twenty hours to complete. When comparing both games in the series, I prefer Nine Hours, Nine Persons, Nine Doors, but only slightly so. Virtue's Last Reward introduces a great cast of characters and numerous mysteries to uncover while jumping back and forth between novel and puzzle sections. The game talks about many philosophical concepts and left me thinking about it long after completion. One of the most interesting aspects of the game lies in the multiple endings, which often solve one mystery while raising another. The endings are often tense and engrossing, pushing the player onward towards the game’s true ending. With the series currently in limbo, it is looking doubtful that a third and concluding entry will be made. I sincerely hope that there is a third entry, as this is one of the most inventive and gripping games I have ever played. 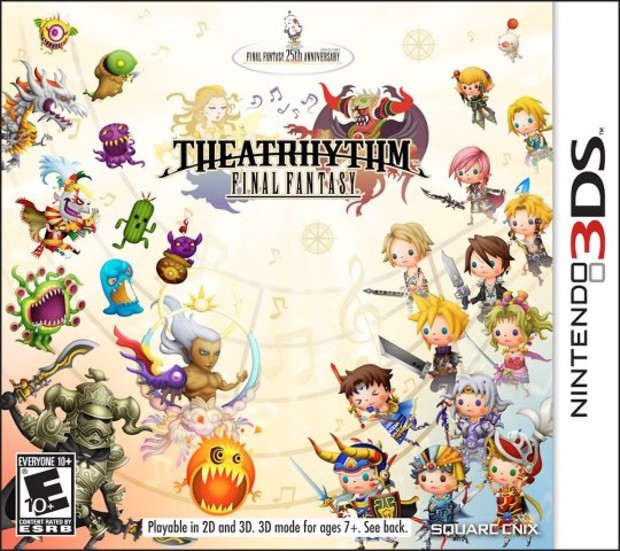 I have to admit that I have only completed one main Final Fantasy game, that being Final Fantasy 6. Yet, I have played the heck out of these games, with over thirty hours on Theatrhythm alone. Despite not playing through most Final Fantasy games, I love the music. 8 bit up through sweeping orchestral tracks, I love the range of Final Fantasy music, from the beat-driven battle themes to the meditative field music. There’s something strangely addicting about this game and the choice to adapt an RPG series into a music rhythm game. I love video game music, so a game solely based on music was right up my alley. I included Curtain Call on this as well, even though I haven’t played it as much as the first. The games play the same, with the biggest change to the second game being the addition of many more songs than before. I just love how the gameplay is structured and how replayable it is. There are certain songs that I love and often play each time I start up the game. The game is great for a quick playthrough, with over two hundred music tracks offered. 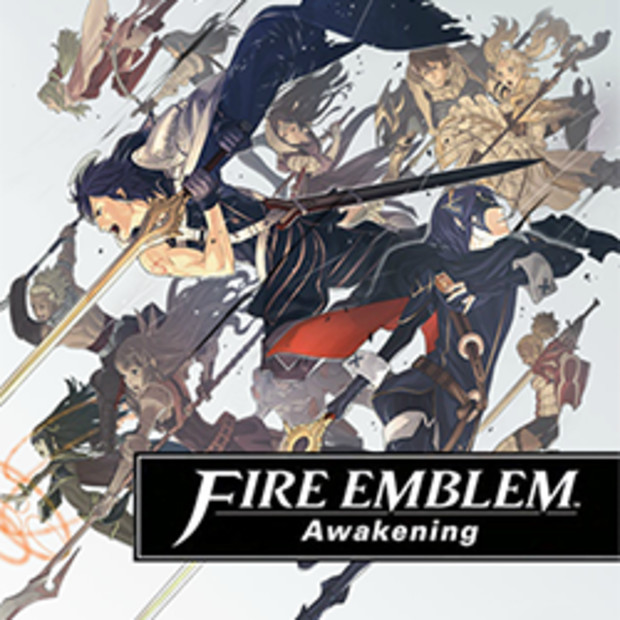 From start to finish, this tactical RPG is a fantastic ride, filled with twists and tragedies that spur the player on and drive you to figure out for yourself how the story ends. The story is a massive, sprawling tale, filled with dozens of playable characters with unique personalities and fighting styles. As a staple of the Fire Emblem series, permadeath is very much a factor you must contend with, as one wrong move or decision can lead to the deaths of your units. Somewhat unique in Fire Emblem, the game lets you create your own protagonist, selecting your strengths and fighting style. I really enjoyed this aspect of the game, as it made the events of the game feel more personal and helped solidify ties with your units. In the game, I didn’t mind the level grinding at all, because it reaped many benefits for the player. Not only do your stats increase, but you increase the bonds between your units. After reaching certain points, you are rewarded with short cutscenes of your units interacting. I really enjoyed seeing how the short storylines between characters were played out with only a few lines of dialogue.

Of course, one of the aspects that I liked the most about the game was the character interactions. It was neat seeing characters bond and increase their stats on the battlefield. And then there’s the shipping. Oh, the shipping. World conflicts in the game took a backseat to figuring out which characters should fall in love and marry one another. Plus, it was great seeing those characters’ children come from the future and join the conflict, adding their own plotlines to the overall story. After leveling up nearly every character and exhausting every side quest, I finally took on the final boss after over fifty hours of gameplay. After that much time dedicated to this game, the last level had weight to it, as though I was coming to an end of the journey along with all the characters. Few games, let alone 3DS games, have enraptured me and taken up my time like Fire Emblem: Awakening has. The gameplay is addicting, the story is rewarding, and the shipping is so nice. I look forward to seeing where the Fire Emblem series continues from here.