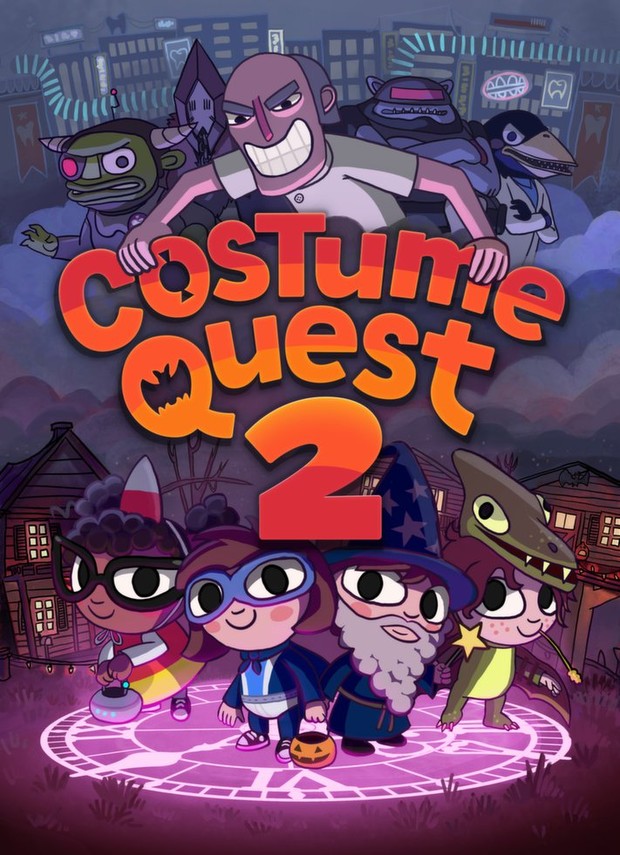 A little over a month since Costume Quest 2 came out and I’m finally getting to my initial thoughts on it. To be fair I actually could’ve been done with this game a long time ago since they’re short games but cute and fun. The main reason I was waiting however was for the fabled Wii U update to come out to finally stabilize the game, and add off TV Play. Only half of those have come out so far, and it’s the half we needed. The game is more stabilized with less lag as well as fixing the audio problems the game was plagued with as well, although some people on Miiverse are saying otherwise. I think they just don’t notice.

Anyways since Costume Quest 1 ended with Grubbins on Ice which took place around December now works to get this out as well before it gets any farther. The plot for both Costume Quest’s is small, really small; that’s okay however as it’s a game made for children and adults. The dialogue is simple enough for children to get it but also has nods here and there for older audiences as well as has a couple of cameos here and there as well (but really what indie game DOESN’T have cameos these days is the better question). But the plot for this game is as follows, dentist gets a time wizard to stop Halloween because Halloween is bad for kids. Is what we assume at first but as we go on we do find out that there was a tad bit more as to WHY the dentist was doing these things. I won’t go into how but I will say it involves time travel, but some probably already guessed that at the mention of time wizard. 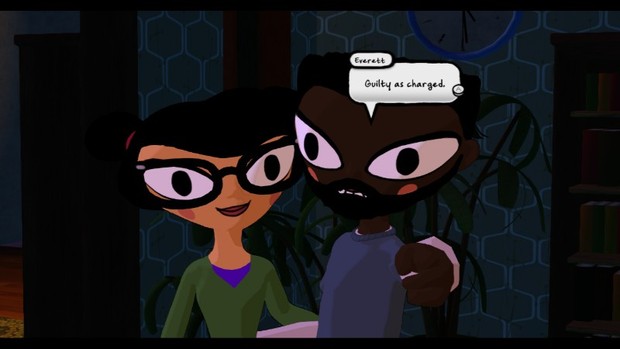 The game goes on and you do the same thing for each new area, get a new costume to help you progress, go trick or treating and get the plot sensitive NPC to tell you what you need and continue on. Pretty simple. The combat is pretty similar from the first game as well but this time there’s a weapons triangle of Magic, Technology, and Beast. Each one affects each other a little different for costumes and is like Fire Emblem. However each costume is a little different in their weaknesses and strengths so that can change up a bit too. It’s a nice little touch and there’s also timed hits (up to 2) so you can do additional damage.

However they did replace stamps from the first game with the vastly inferior Creepy Treats Cards. Creepy Treats Cards were in the first game but they were nothing more than collectibles and personally I liked them since they were funny. That’s not to say CTC aren’t still funny here, as well as cute but when you’ve gone from the vastly superior stamps to these? Leaves a little bit of a sour taste in your mouth. Stamps gave you (mostly) a passive upgrade that you didn’t have to activate and then lose a turn. A few of them were additional attacks but they didn’t use up your turn leaving your character unable to do anything until the next turn. Unlike CTC. CTC are the exact same things as stamps but ten times worse. As opposed to being a passive thing you have to activate them first and waste your character’s turn activating them. It’s usually only a one use item as well and then you have to wait a certain amount of battle before you can use them again. I’m hoping that if there’s a Costume Quest 3 they bring back stamps and find a better way to implement CTC, I still like the idea of them they just aren’t that useful.

Another odd thing to change from the first game to this one is that you now take permanent damage instead of being healed after every battle. Which I wouldn’t mind if there was a way to go about healing yourself outside of battle. You can inside of battle, but that uses a characters special attack and it’s usually better to just go full offensive since the healing class isn’t quite as good as the Statue of Liberty from the first game. The only way to heal yourself is by either leveling up or finding save points and going to them, which could possibly be out of your way and inconvenient. It just seems like an odd design choice since it only adds on slight backtracking when you’re low on health and you will find yourself low on health a fair amount of the time.

Since it’s a Double Fine game the music is pretty mood setting and fun, I wouldn’t mind getting the music in a Humble Bundle and having it for Halloween parties. It’s not inherently spooky but it does a good job of setting the theme that it needs to. Especially now that the audio has been fixed it makes it for a better time. It didn’t happen all the time but on occasion it would go static and just make weird noises for a minute or so until it fixed itself.

Now that the game has it’s patch it does work pretty well, it was hard to pull off combos on occasion because of the slowdown which from what I’ve heard made it the inferior port. Which was a shame since the game in of itself is actually quite enjoyable for 15$. Something you could play with your kids that wouldn’t frustrate them too much and you could both have fun with. But now that it’s fixed I can recommend the Wii U port as well, but I will mention that since it is a Double Fine game it does happen to have glitches. As much as a I love Double Fine they seem to dream big and then just fluster a little bit with their games releasing them with glitches, not finishing the release or taking way to long on deadlines. Hello Broken Age Act 2. But I still give Tim Schaefer and his team my money, these games have heart and that’s what I look for in his games. A cute game that’s a fun time to play and just relax with while drinking a beer. 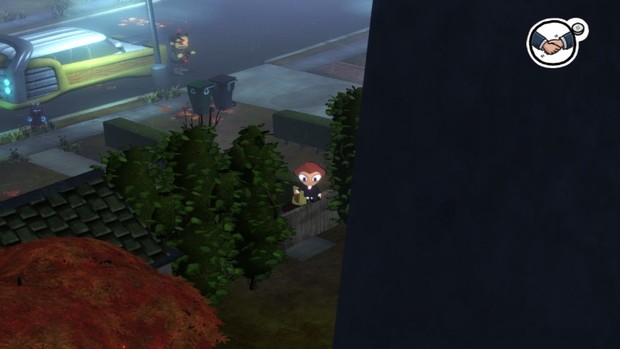 Speaking of glitches there's one right now! You can actually press yourself over the fence to areas you don't belong. Can do it in a few different sections of the game. Nothing major but could need a game reset if you can't get back out.

Now if you’ll excuse me… I need to prepare for the full moon.