With Thanksgiving having just come around, I thought I'd take the time out to say thanks to everyone here at Destructoid, both in the community and on staff, for giving me a fantastic place to hang out, read some great material, and have my own stuff read as well. I've been doing my best this year to keep writing on a regular basis and have been doing my weekly piece for about 6 months now, and having it read by fine folks such as yourselves makes it all worth it.

Also, today I would like to announce a little something special. It's time for the release date for the long awaited sequel to the Top-Sauced, HLBC Stamp of Approval winning Dtoid Fanfic! Without further ado, I present:

What happened to the bathrobed bastard Andy after he escaped the top floor of Hoffman Industries? Who does Sephzilla work for? Learn the retconned answers to these and other burning -plotholes- questions left over from Part 1! Get hyped for what can only be described as “a mediocre sequel to an okay fanfiction.” Preorder now for your exclusive, iconic 1080p desktop wallpaper, found HERE! Don't you dare just download it from there for free though, you have to preorder. I mean, you wouldn't download a car. 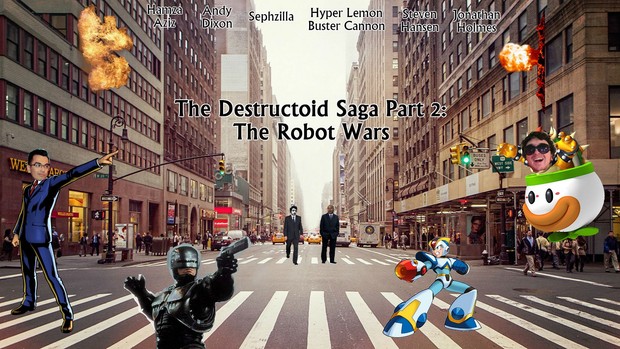 If you missed Part 1 it can be found HERE! Read what people said about the breakout hit, such as: