Ubisoft recently announced that the upcoming AC: Unity DLC, entitled "Dead Kings" will be given out for free after game's disastrous launch.

So by now, you've most likely heard of the whole host of problems that plagued Assassin's Creed Unity at it's release a few weeks ago. Things such as the head of our heroic protagonist disappearing, leaving only eyes, hair, lips and teeth. 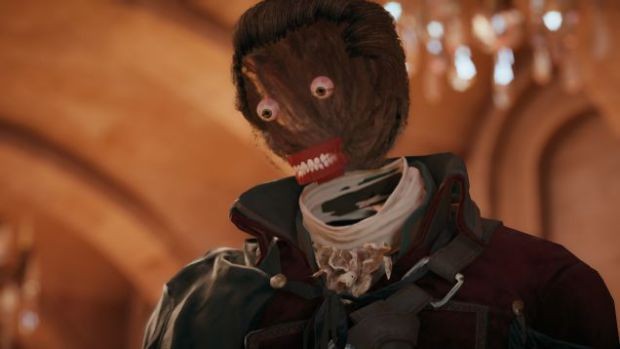 As well as this, there were heavy framerate drops in nearly every area/portion of the game and weird little things like Arno getting stuck in haystacks, cover, ladder etc. There were quite a few that were tidied up in a patch that Ubisoft put out on the 25th but a large amount of them still remain.

But DON'T PANIC! Ubi have announced that every player who has purchased Unity will receive a free DLC called "Dead Kings" as an apology. Having played on my friends PS4 and (gaming) PC, I don't think this is quite enough. I'd rather the bugs never appeared in the first place and receive no extra content whatsoever, free or otherwise. Question is, how many players has AC lost? It hasn't been a great year for Ubisoft at all, with Watch Dogs' graphical fidelity, Far Cry 4's flashy trees, the marketing balls-up that was Assassin's Creed Rogue and now this.

Yannis Mallot, the CEO of the Montreal and Toronto studios said this:

"Unfortunately, at launch, the overall quality of the game was diminished by bugs and unexpected technical issues. I want to sincerely apologize on behalf of Ubisoft and the entire Assassin's Creed team. These problems took away from your enjoyment of the game, and kept many of you from experiencing the game at its fullest potential."

I had this to say: