My Top 3 Favourite Games for Mac

So I thought this would be a good topic to begin on - being a Mac heavy gamer. Please feel free to post your favourites in the comments (I assume there are comments, I haven't looked). They're not in any particular order by-the-way.

Sid Meier's Civilization V is an interesting one. You'll be frequently told that playing the base game without an expansion pack or any kind of modding is a waste of time - personally I'm not sure why as I've never tried it. What I do know is that Gods and Kings and Brave New World are both excellent DLCs.

When I first bought the game I barely knew about it, only some info from The Solar Gamer and the Yogscast. However I've always enjoyed games just like it. Imperial Glory (which was effectively a Total War ripoff) was immense fun for me, watching my British redcoats marching through the plains of Crimea etc, gunning down innocent peasants trying to defend themselves with wooden batons. Ahhh, just reminiscing about it now brings a tear to my eye. Anyhow, back to Civilization. Although some areas of the game seem a little untidy, it's a great place to start if you're new to strategy games. It has a simple interface and there's little complication involving troops. There's a nice diversity between the leaders (nothing seems TOO overpowered) and it also has a nice fanbase, with mods being put out every couple of days.

It may seem a little premature writing a review about a game that hasn't even been released yet, but I promise you, this game is worth your valuable time. It involves you running your own prison/rehabilitation centre dedicated to caring for a bunch of kind-hearted fellows who've gone the wrong way in life. In reality this game is drugs, booze, guns, theft, fraud, snitching. Pretty much everything. And it's amazing. The developers are amazingly friendly and release regular monthly updates accompanied by nice explanatory videos.

It contains interesting elements like rehab programmes (to get your inmates back into the real world), prison labour, financing, government grants, security. You can even place AND, NOR, XOR + more gates for christ's sake. A nice interface, a nice tutorial (if a little graphic - player discretion advised), nice art style, frankly, you could give a full release to this game right now and you would think it was finished. I most definitely recommend it. 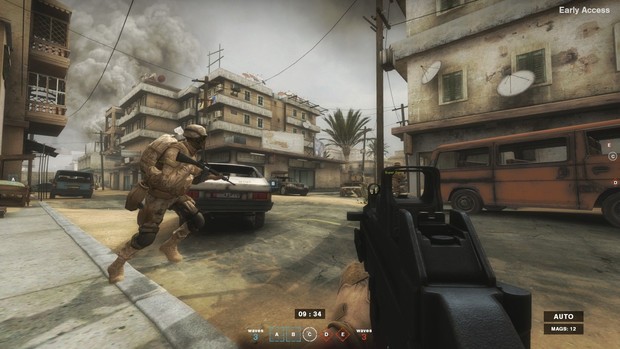 There hasn't been a true tactical shooter since Counter Strike: Global Offensive and I think Insurgency most assuredly meets the standards. While the graphics might look a little dated, I can promise this game is hugely fun - both the gunplay and stealthy side of it is absoloutely amazing, feeling hugely satisfying everytime.

I'm going to tell you right now that this is a not a game for the easily frustrated. Chances are you're going to die. Lots. But don't panic. Every player has been at the stage you're at now, it just takes some getting used to. It's a die-stay-dead thing afterall. There are a decent number of gamemodes that are always poulated and like I said before, it does feel Counter Strike-y. Which is a good thing. If you want to learn the mechanics and playstyles, give co-op mode a try, where you play with a team of friends against AI (which is surprisingly good). Add this to your Steam wishlist right now. Much fun. Very. Very. Good.