My First Blog Entry - Female Gamers: Then and Now

I finally made an account on here after lurking this site for quite some time! So here's to my first blog entry, in which I've decided i'm going to make it a typical shameless self biography and relating it somehow to my history of being a geek. . . here goes nothing!

The boring basic about me stuff:

My name is Kristen and I just recently turned 25 years old. I was born and raised in Miami, Florida. I'm currently a degree in the school of Journalism and Mass Communications at FIU, and trying to figured out where to go once I aquire the glorified paper. My gut is telling me that I belong in San Francisco, so I may end up there, in search of finding a new place to call home.

The not so basic stuff :

I was just telling my younger sisters the other day, how I wish that I could be in high school right now. When I was in elementary, middle and highschool, I got constantly labeled as a tomboy and a nerd because I was heavily into gaming. I've always had more guy friends and very few female friends because my interests just never related. Now days it seems like if you are a girl who plays video games, you are instantly the coolest person in school!  Maybe my social life would have turned out quite different had I been born 10 years later.

I first started gaming when I was probably about 6 or 7 years old. I was spoiled as a kid and had pretty much every game for the original nintendo system.  My mother also liked to play them back when they "weren't so complicated" as she says they are now. I fell in love with Sonic the Hedgehog when i started playing it on Sega Genesis, to the point where I dressed up as Sonic for Halloween despite my mother telling me how my costume "was for boys". 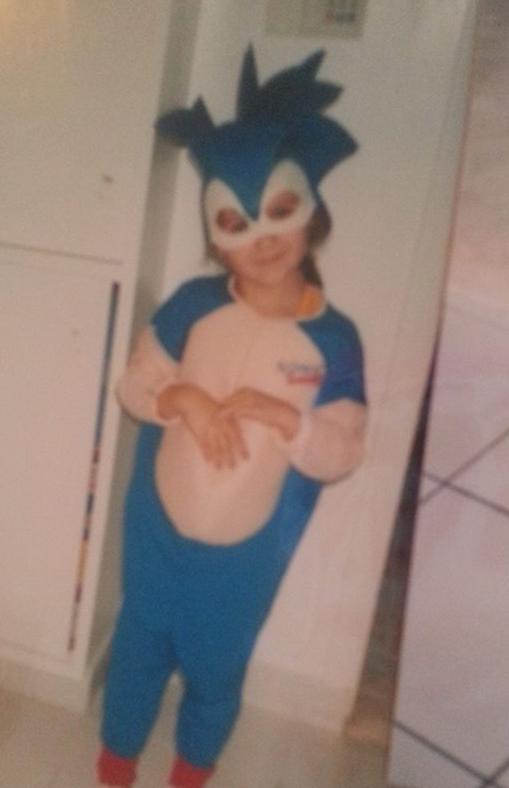 The funny thing about my mother saying how video games are too complicated now, is that I actually find most of them a lot easier! Maybe because I'm older now, with many years of gaming experience on my belt. Or maybe, they have gotten easier! An example of this that back then, video games didn't have memory. When you died 3 times, you had to start allllll over again. Which got super frustrating. One of my most frustrated times playing the Lion King game for Sega Genesis. Don't get me wrong, I really loved that game. Although No matter how hard I tried, I could only ever get to the level of the stampede of hyenas, which was  maybe only the 4th level in. By the time I got to that level, I usually used up all my lives and had one left.  I would then die and have to start all the way from the beginning again. I must add, I had a lot more patience back then. If I had to go through this frustration now, I might not have given it the months of dedication to get past those hyenas. To this day I have actually come across about a handful of people that actually played this Lion King who also admit that it was extremely difficult. Of those people I want to say maybe only one of them admitted to finishing the game. (assuming he was telling the truth that is!)

To conclude my gaming history without boring you with my opinions and rants, I'm going to go ahead and list my top 5 games for every console I've ever owned.

Note: Not listed in specific order.

Nintendo 64 (this is a tough one because there are so many good ones!)

Gameboy - I honestly had so many of them i don't remember which games were for what systems.

*I haven't really been able to leave Destiny to pick up other games, but I'm pretty sure I will be soon if i have to keep doing hundreds of Venus strikes!*

Okay so now that you have a little bit of my history with games, allow me to continue where I left off. This whole new "gamer girl" thing unfortunately brings a lot of gamer girls just trying to fit in to be deemed as "cool" in today's standards. I find this relatively comical. Especially with the history I had of not fitting in because I was a female gamer.  Today, I find myself having to defend the fact that I'm not just a girl that poses with a controller, and the latest first person shooter game. Infact, I have over 60 friends on my PSN (mostly males) and I have out-trophied at least 75% of them because of how many different titles I have played. I will admit that I never really ventured into first person shooter games until the first borderlands had come out. I had no idea what I was doing at first, but like most games.. I figured it out and fell in love! I actually prefer playing shooter games now. My current debate is between purchasing the new Little Big Planet or Far Cry. Sure, Little Big Planet has a huge replay value, and more people tend to be willing to play with you.. but I sure as hell enjoy shooting stuff nowadays.

A couple weeks ago, one of my good friends asked me to join his fireteam on Destiny. Somehow, the conversation got into the fact that I'm one of the only girls that he plays with regularly because most girls have no idea what they are doing, and can't keep up! Unfortunately, I have had the same experiences with a lot of the female players I have played with. I can't help but to wonder why?! Is it because the female human race lacks the logical skills necessary to play video games? Lack of experience? Or just they aren't trying hard enough, and just trying to fit that gamer girl mold to look more attractive to men?

I'm going to go ahead and end off with my cliché gamer girl photo. I actually took this last night because my destiny clan mate was asking me to help him with a extremely difficult bounty mission. I bought a monster on the way home so that I would be able to stay awake long enough to help him out.. this was my proof! 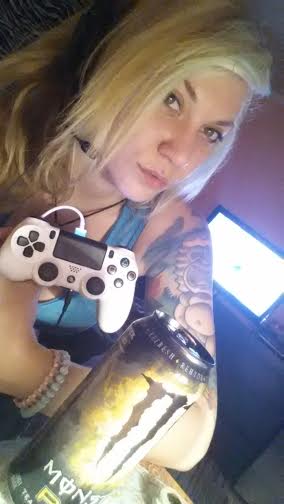 I grew up a lot since Sonic days huhh?

I would love to hear anyones thoughts or experiences on the subject, so feel free to comment and keep the conversation going! My mind is equal part objective and subjective, so I love to challenge it!