I will not be doing the Roundup for Future’s End #28 and 29 this roundup or Sonic the Hedgehog #266; they should be included in Roundup 4. My comic store had a mix up and was not included in my pull list by mistake. 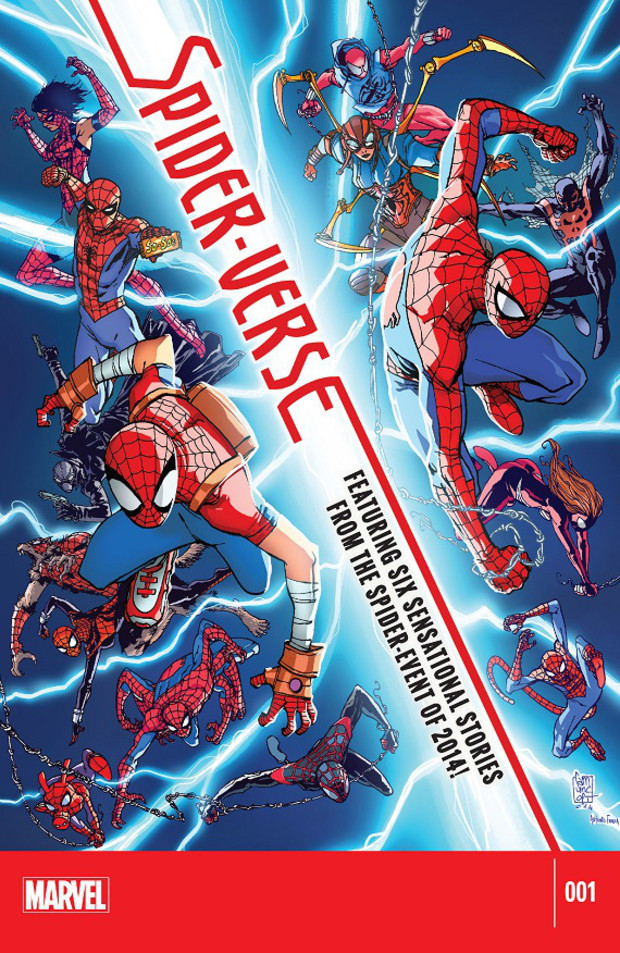 So you know how Marvel had Edge of Spider-Verse featuring one specific character in a different universe instead of Peter Parker? How about six of them? Apparently the writers weren’t done and decided to keep going, which is good the Edge series was quite interesting so it’s nice to see 6 albeit shorter versions. The first one in Earth 2301 partially reminded me of Usagi Yojimbo would be the best way to describe it, more so the art style. It involves a Chinese Monk version of Peter that gets his ass handed to him by Venom before being recruited into the rest of the Spiders. The second one is involving a steampunk version, with another Spider-Girl only this one is named Lady Spider. It also had a brief appearance by the Sinister Six and was quite interesting to see all of them as steampunk. I know some don’t like steampunk but I personally enjoy it a lot. Then we have a cereal add where Spider-Man is killed by Morlun and you get delight in every bite of Spider-Totems! ... yeahhhh…. That was a thing. Then we have… I don’t know quite how to describe it? That partially chibi style but not chibi style of animation? I know I’ve seen it before but I don’t remember where. And it has a brief reappearance of Bag Spider-Man! Woo! It was a cute story though and I liked it. The last one was set in the style of a daily comic strip and it made fun of how characters have to repeat a lot of things because not everyone tunes in. At the end we find out that the Master Weaver on occasion does try to save Spider people, he just can’t do it often or Morlun’s family will find out. 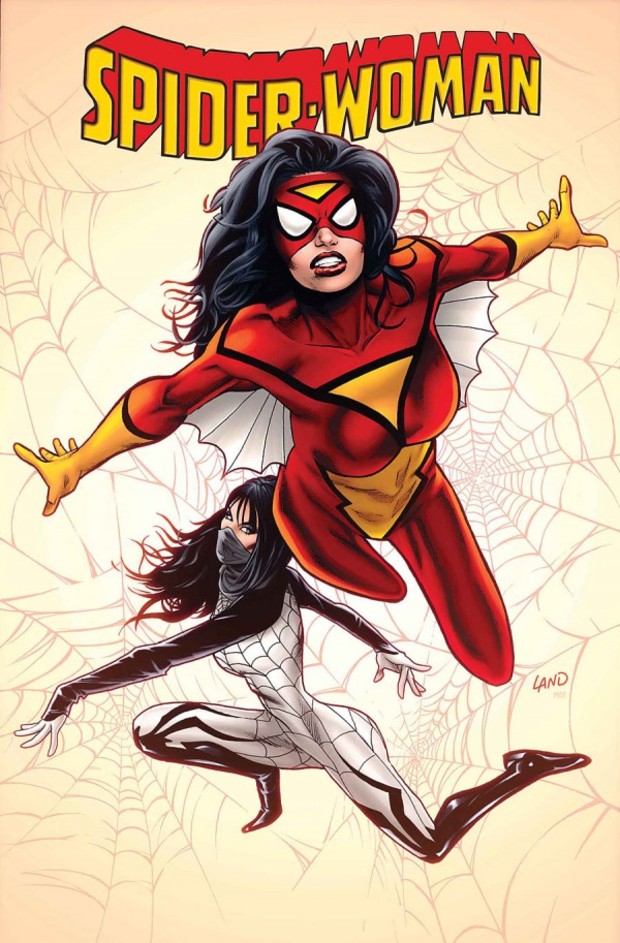 Spider-Woman continues Spider-Verse (just assume unless I mention otherwise anything Spider-Man related it’s Spider-Verse, which is fine by me). We have Spider-Woman watching over Silk, but we don’t know why as of yet. We know that Silk is important but still have to find out why. Spider-Woman accidentally insults Silk by talking behind her back to Gwen Stacy Spider-Woman as well as one other. Silk was already feeling bad since she was accidentally the one responsible for getting Noire Spider-Man pretty badly hurt. So Silk goes off on her own to prove that she can do things too. Morlun’s family found her pretty fast and is stalking her as the issue ends. 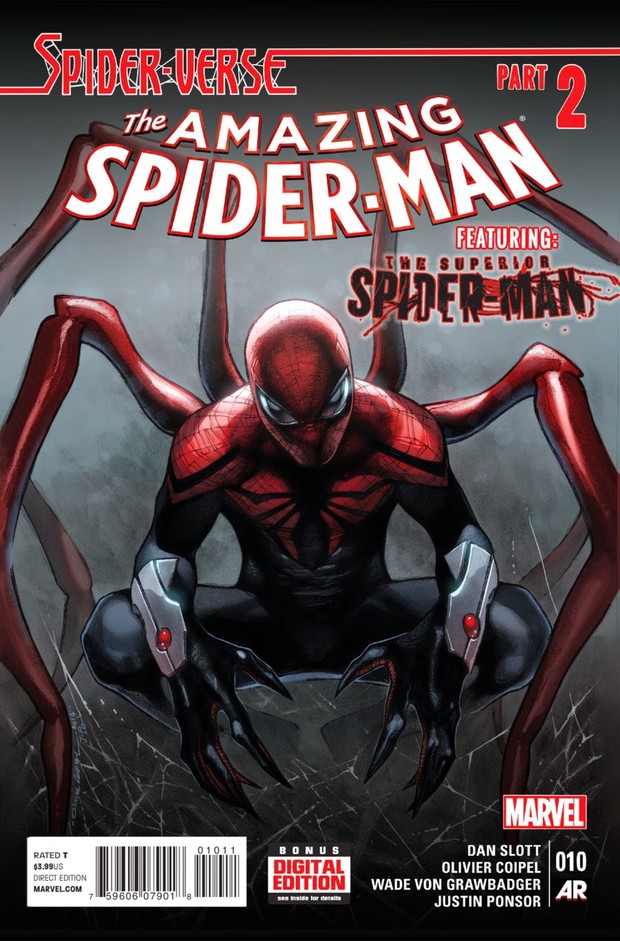 So… accidentally read these out of order, which is my own fault since the checklist is in the back of the comics. Oh well mistakes happen, Spider-Woman takes place after this and sets up why Spider-Woman, Silk and Noire were where they were. Silk got upset (she seems to have a tendency to do that doesn’t she?) and went off on her own to try and distract Morlun’s family so as to pull them away from everyone else. Only problem is she’s the Spider-Bride? So that’s something that will be important eventually just not quite yet is all. But there has been two different sets of Spiders preparing, Superior Spider-Mans along with Amazing Spider-Man. Peter Parker and Doc Ock. They eventually meet, some more Spiders die unfortunately and they retreat to a safe zone, but it’s hinted at in the next issue that they’re going to fight. During this we also find out that Morlun’s family can clone themselves, so the Spider clones go off to destroy that technology so they can’t anymore. 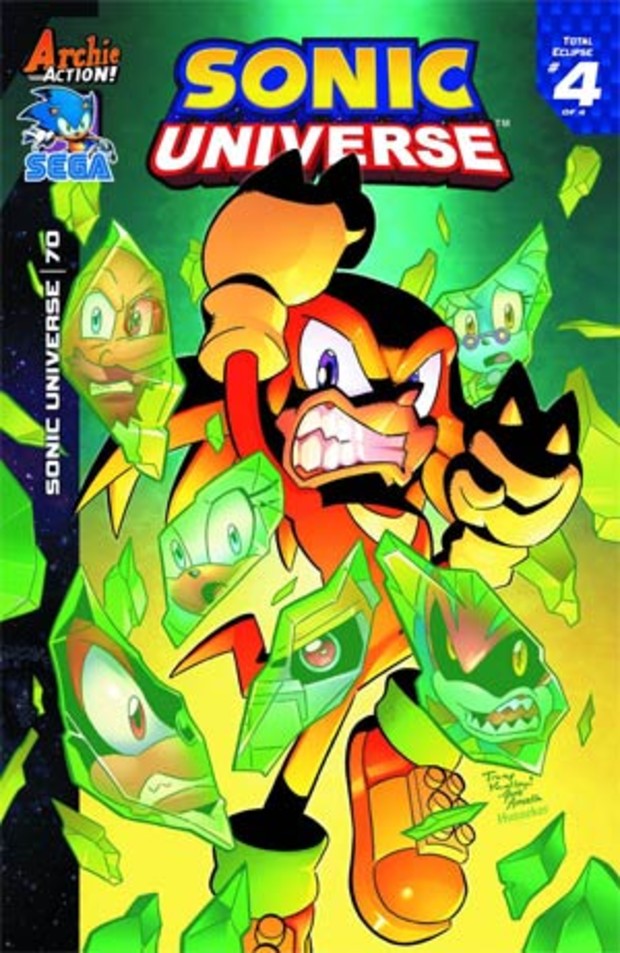 Sonic Universe wraps up the Total Eclipse Saga, Shadow & Knuckles put aside their differences for long enough to stop Eclipse so that he doesn’t take the Master Emerald. Since they were on the other side of the island however they needed some way to buy more time, so Knuckles tells Rogue where a secret area is to activate traps for Eclipse on his way to the ship. This part’s actually pretty refreshing; we get to see all of the traps and enemies used in Sonic 3 against Eclipse instead of us. They get back to stop Eclipse, but they’re too weak to stop him after their own fight so Knuckles destroys the Master Emerald to ensure no one else gets it. So Knuckles just has to go find it again and fix it, pretty typical stuff. It was still nice to see all the nods to Sonic 3 however. 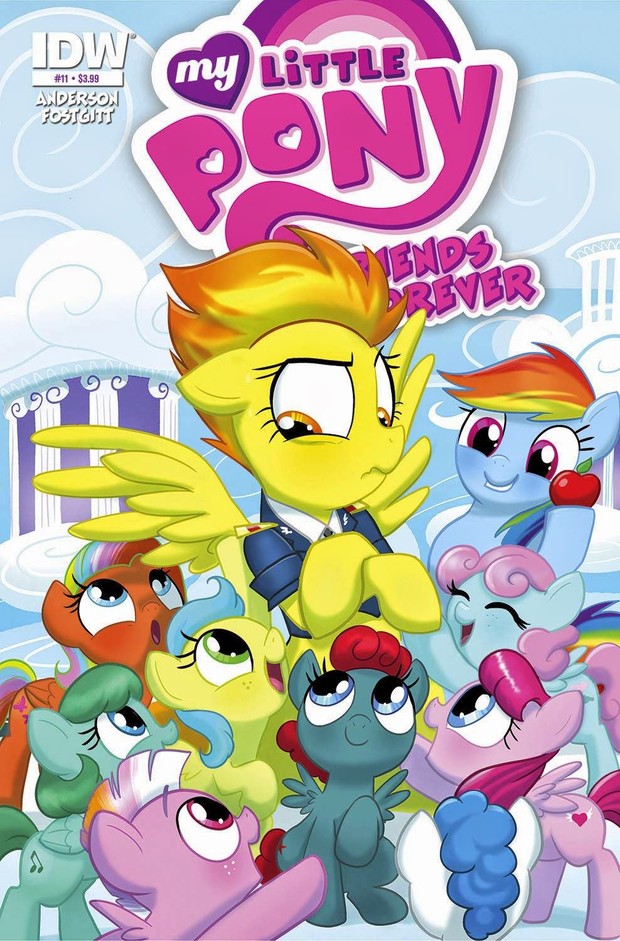 So… first thing’s first… the art for this one’s a little different. It’s kind of like the old Sonic cartoon with the freedom fighters and Chibi at the same time. It’s… different but not bad, I do prefer the normal style however and hope they use that one. But anyways the story itself was good but pretty simplistic, we have Rainbow Dash helping Spitfire training kids that one day would like to be a part of the Wonderbolts. Only problem is Spitfire is terrible with kids so she doesn’t know how to encourage them to do just that. She makes them cry in once scene Rainbow Dash makes it so that the kids like her again pretty typical stuff. That being said, even if it’s typical it’s still pretty fun, and cute. 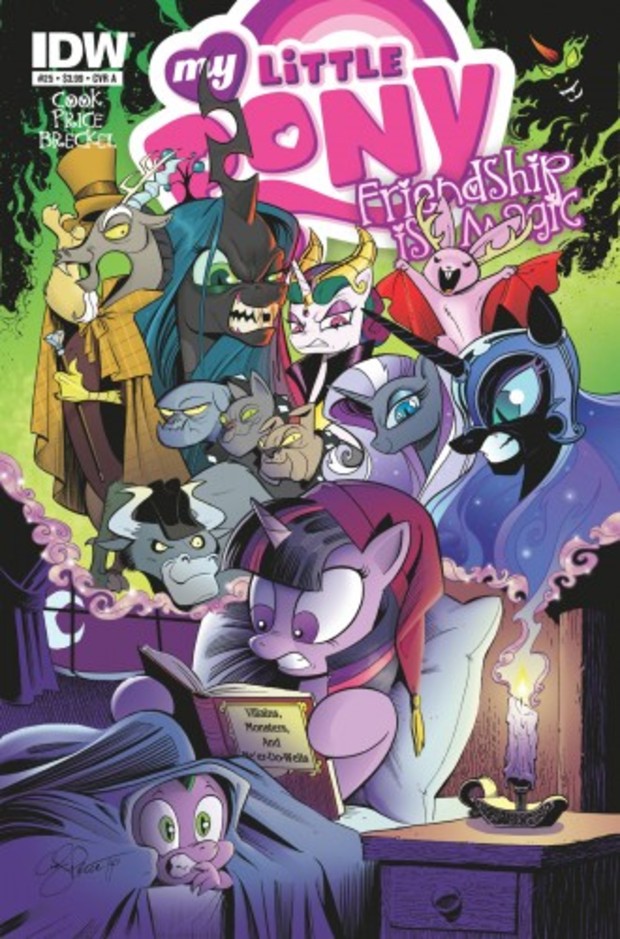 My Little Pony Friendship is Magic 25:

With this issue we see the ponies going out West again but to a different town to visit another of Applejack’s relatives (just how many of them does she have in desert towns?) This one’s missing however and we have bandits attacking the town, which actually this is something that I haven’t seen quite as much. They lose. I mean we know they’ll come back, but I don’t happen to see heroes losing nearly as often as they flat out win. There’s not really much else to this issue, but there is lots of in jokes if you’re a MLP fan and things that I just don’t want to give away. I will say I was a little upset, I was hoping for a retelling of spooky stories with pony characters due to the cover, but alas that was not the case. 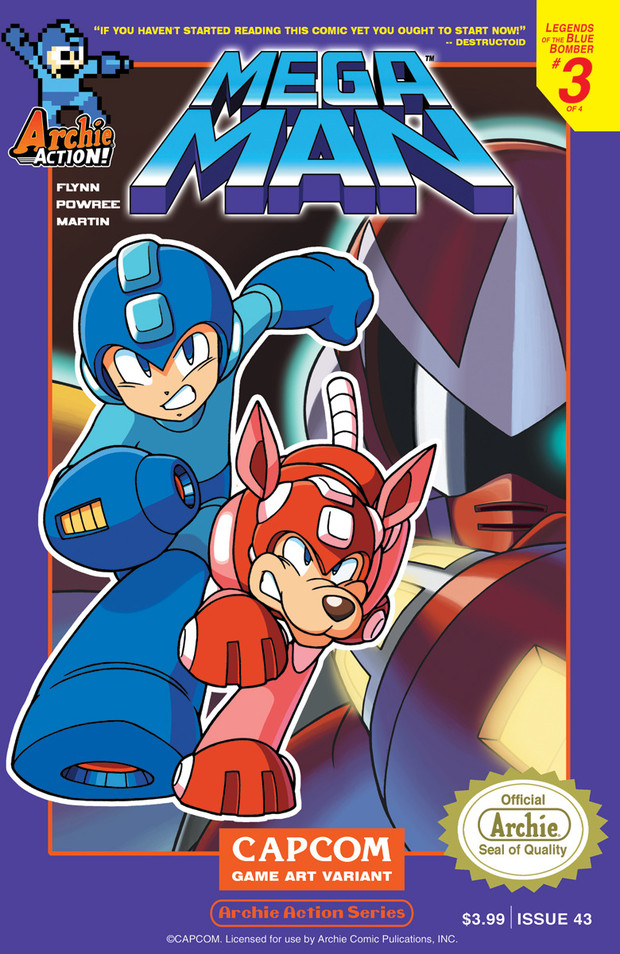 With Mega Man 43, we see the fall of Gemini Man after he almost finished Mega Man. We also see Needle Man as well as Magnet Man; I just got into the Mega Man comic book series right after Worlds Collide 1 (because they are HEAVILY hinting at Worlds Collide 2. Okay not hinting, we know it’s coming just don’t know when yet is all.) And really like how much they flesh out the Robot Masters personality and make them all interesting and unique. We also see that Auto found out about Dr.Wily but was then immediately trashed by Dr.Wily. Not that big of a surprise, but Roll was on her way to find Auto. So that will probably become a problem for Wily in the next issue.