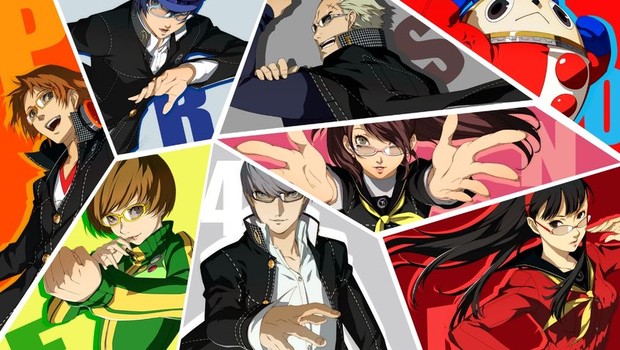 I have come across this question a few different times: Can videogames make you cry?

On the surface, the question is simply asking if you have shed a tear during gaming. But the subtext cuts a little deeper. It is asking if games have the emotional depth to make you feel deeply, with the default assumption being that they cannot do this unless you can objectively show a sniffling and sobbing audience.

As gamers, we know by counterexamples that videogames definitely can make us cry. Like when Aerith is stabbed, or when Roxas merges into Sora, or when Sora finally finds Riku. It may or may not have elicited wracking sobs, but I did get tears in my eyes during at least two of the above three occasions.

But if you notice the examples mentioned above, the emotional bits take place during a cut-scene. While it is true that playing the game is what creates the attachment to the characters in the first place, it can easily be argued that the most emotional set pieces come from animation, not interaction.

So instead, I want to catalogue three time when I felt really deeply about something during the game itself. In all these cases, it is very specifically the interactivity that heightens the emotion.

The point that I am trying to prove is that interactivity is a very, very powerful tool when it comes to inciting emotions. To quote GajKnight: PEOPLE... WE HAVE THE TECHNOLOGY!

Feeling of: Revulsion and Despair        Game: The Last of Us

Spoilers for The Last of Us

The game is masterful at telling stories through its environment and interactions. The story of Ish, the jokes by Ellie, Joel's ambition to be a singer... all of these are optional interactive story moments which the player can invoke or miss.

But by far the best use of interactivity to drive home an emotion is during the showdown between Ellie and David.

By the time we get to the showdown, we have played Ellie enough to know that while she is faster and more dexterous than Joel, she is also physically weaker. So, when she is faced with a physically stronger opponent, the player feels the despair that she feels. 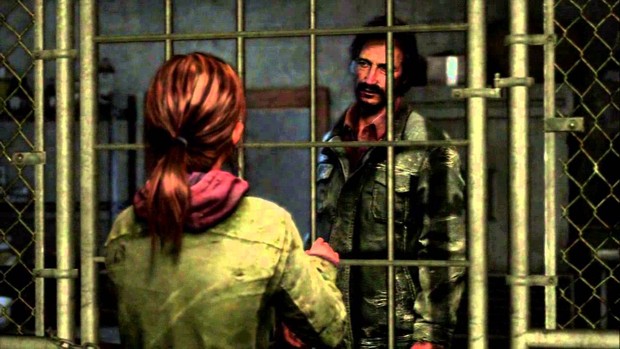 As the showdown is happening, Joel is trying to reach Ellie. And if you pay attention to the environment, you find that David's community is willing to hunt and eat human flesh to survive. After getting this additional bit of revolting information, the game jumps back to Ellie and our despair level goes even higher up.

When I fought David, every move I made was desperate. Every action, a last resort. His taunts scared me to my core. As Ellie, I really did not see a way of getting out.

In the end, when Joel finds Ellie hysterically bashing in David's skull, we feel not sympathy but empathy. The game mechanically drives home the kind of despair that Ellie feels. That's the essence of empathy: we recognize that if we were in her place, we would have done the exact same thing.

End spoilers for The Last of Us

Major spoilers for Birth by Sleep

In a stroke of evil genius, BBS turned my own character against me. And I was livid!

When Xehanort took Terra's body, I was incensed! I felt this enormous impotent rage exploding inside me. 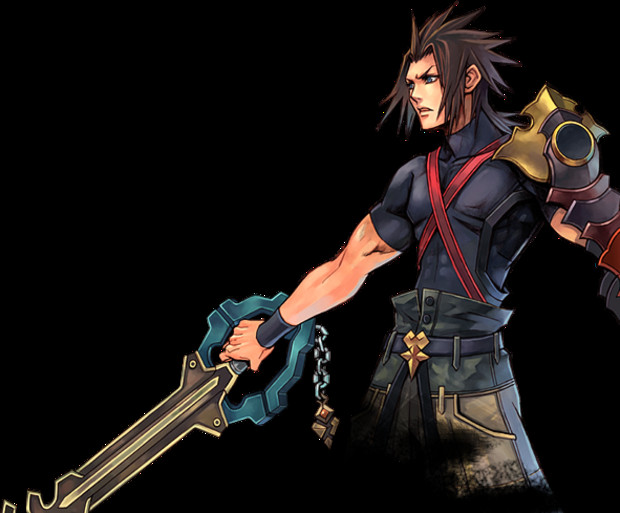 The reason I was super angry was because I had put in a good 15+ hours playing as this character. And with one stroke, he was gone. The bad guy had taken over my character, whom I had painstakingly levelled up.

The reason I felt my anger was impotent was because I knew that the change was permanent. See, in most games if the villains pulls this kind of BS, you know for sure that you are going to get back at him and undo it. But the reason the BS is more pronounced in BBS is because if you know about KH1, then you know that this new body (with its white hair and yellow eyes) is the one in which the villain will later fight Sora.

Basically, because BBS is a prequel, you KNOW that the body hijack is permanent and will not be reversed.

This drove me mad with anger! And I'm really really not the guy who gets angry easily. Even frustrating game mechanics don't get me beyond moderately annoying. But because of RPG elements of the game, I really identified with this character and he was gone! I know I am repeating myself but I just can't stress enough how fucking angry I was at Xehanort!!

And then, just as the smug newly body-melded Xehanort turns to leave, some parts of Terra's lingering spirit reanimates his armour. The armour cannot speak, cannot feel, is not a person. But it knows that Xehanort has wronged its master Terra. So it blocks Xehanort's exit and forces him to battle.

This is when I got a final unexpected opportunity to smack Xehanort down. I knew that he would escape alive (because of the way KH plays out). But at least I was given a way to release all my frustration.

In every other instance, a boss fight is way to prove all your skills against a challenging opponent. But in this case, it was just about sadistically beating up this combination of pixels and voice-acting. The game knows this as well. There's a reason why the battle music for this boss is called “Rage Awakened”.

I know I'm trying to make some kind of point about the power of interactive storytelling, but seriously, screw Xehanort. Freaking body-jacking butthole.

This is probably the mother of interactive storytelling moments.

Duck is a 10-year child, bitten. He has lost his cognitive abilities and is spitting blood. 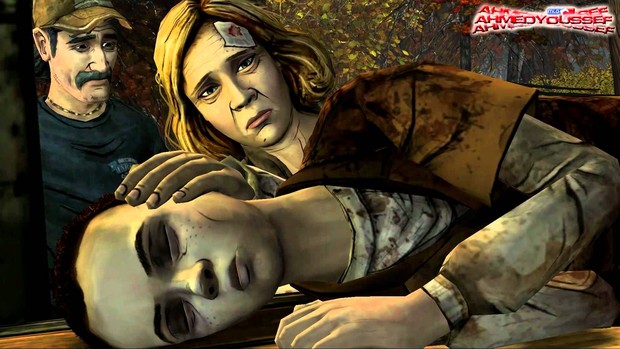 You know what has to be done. This once bright-eyed child who has helped you out in the past has to be put down. And you also know that asking his parents to shoot him is too cruel.

(Note: due to the interactive nature of the game, you are not forced to do any of the above. You can leave him to reanimate or ask his father to shoot him. But there is a strong ethical understanding that the course of action laid out above is the right one to take. About 81% of players have done so.)

In many cases, The Walking Dead “gets” to you by forcing you to make a decision in a matter of a few seconds. But in this case, it removes all time limits.

So there I was. Gun in hand. An ashen gray ten-year old in front of me, propped up against a tree. No sound other than his loud, wheezy breaths. Quick breaths, because they are the breaths of a child.

I must have stood there for over a minute. Tears welling up in my eyes, and the real-life me not wanting to cry over my PS Vita on the subway train.

Then I shot him.

End Spoilers for The Walking Dead

Reliving all these powerful emotions in my head has been... emotionally exhausting.

But the point I'm trying to make is: Interactive storytelling has some unique strengths that no other media has.

This is why I completely reject the notion that “because novels and movies have been doing stories for longer, we should leave story in their hands and focus on our games being only skill challenges.”

Instead, I think that in games (and other forms of interactive media), story has found a powerful new medium. Even now, we hear all the crazy narrative arcs players have experienced organically in Shadow of Mordor. If we keep improving our interactive storytelling capabilities (as we already are), we can take stories to places they have never gone before and can never go with just movies and novels.

We can go from sympathy to true empathy.