Hello everyone. How are you? It’s Tuesday. I’m always reminded on Tuesdays how there’s a Counting Crows song with the line 4:30am on a Tuesday, it doesn’t get much worse than this. How true. I used to love Counting Crows. Jesus, no wonder nobody wanted to touch my penis in high school. Anywho, I played some things and watched some stuff and I would like to share a bit of that with you. 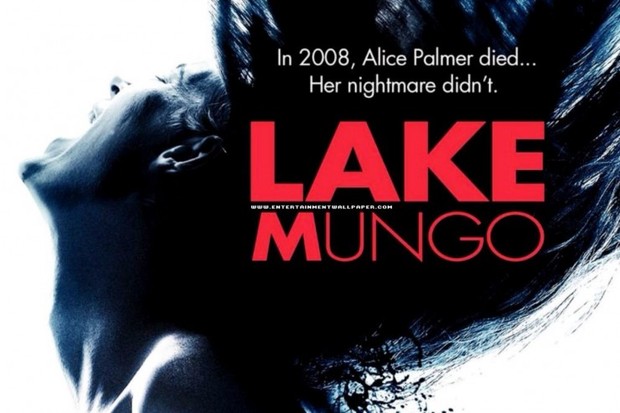 So I love horror movies. A lot. Of all the different kinds out there, I have a particular affinity for haunted house and found footage movies. Ever since I saw the Blair Witch Project in the theater I have been obsessed with the idea of seeing these little moments of doom play out after the fact.
So recently I watched Lake Mungo, an Australian horror movie released in 2008. It’s set up like a documentary about a family whose daughter drowns and the family starts to see her ghost show up in photos and video around the house. What makes this one really unique for me is that it doesn’t follow the usual “last 5 minutes are this shaky cam mess” that a lot of other found footage movies end up doing. It’s a steadily-paced film that’s a bit of a slow burn.

The movie touches on dealing with grief, loss and keeping secrets. (Ghost noises right here) There isn’t much in the way or gore but this movie really succeeds in being very disturbing. I respond so much more to a disturbing horror movie than jump scares and gore. Now those certainly have their place and are fine but it doesn’t burn my brain stem the way a good disturbing movie will. Lake Mungo has stayed with me long after watching it and that’s always the sign of a good horror movie in my book.

I picked this up on a whim and I gotta say, it’s fun. The story is ok. Revenge, honor, power, justice, blah blah. The usual fare. These games are never really about the story though, are they? I mean, it’s not like I am going to identify with the main character. All I really care about is killing the shit out of orcs. And in that realm, this game does not disappoint. I have killed (by my fake estimations) around 60,000 orcs or roughly the capacity of Vaught-Hemingway Stadium in Oxford, Mississippi. I find putting things in terms of the number of stadiums they would fill a very effective method of explaining amounts. For example, I took a class on the Holocaust in college. You think about numbers and yeah, it’s intense but it’s almost too big to comprehend. Suddenly you fill a stadium with baby shoes and shit gets real. 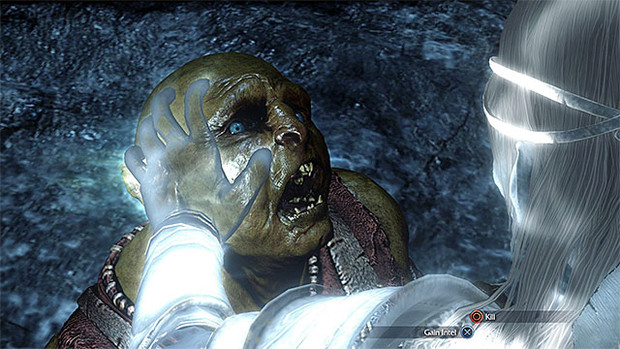 So the game lets me stab all the orcs in all their stupid orc faces which I am having no small amount of fun with. Best part is when you interrogate one, your spirit guide/bosom buddy Elf Joe shows up and does the “laying on of hands” on the orc and the get this look of terror. It’s the exact same face a cat gets when it realizes its bath time. I fucking love that.

There’s this series called Planet Earth. It’s pretty popular. I’m sure a lot of y’all have heard of it. There was one episode about the birds of paradise in Papua New Guinea. The birds that live there are some of the most vibrant and amazing creatures on earth. Not only is their plumage arguably the same color as God’s eyes but they have the most wonderful mating dances.

I do not understand this. How is this even possible? That one bird at 2:08 goes fucking two dimensional for a bit. That bird is a fucking wizard. 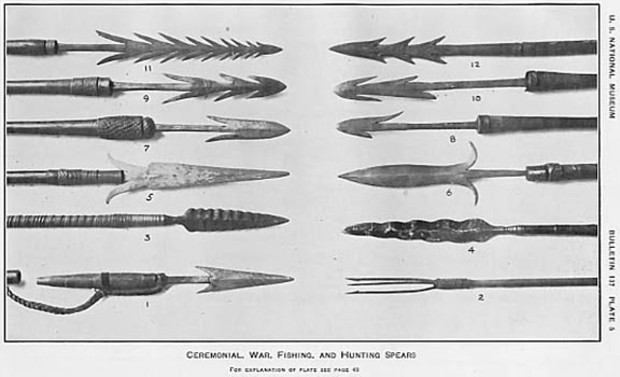 Far Cry 4 has this pre-order bonus where you get a harpoon gun. That’s badass. I love harpoons and putting a harpoon in a gun that then fires that harpoon at something other than a whale? Shiiiit…if I was a woman my panties would be sagging at that point. So I started looking at harpoons online. Not exactly window shopping mind you but more researching. I knew that back in the day harpoons were a lot more prevalent and that was a fairly significant historical and cultural record of harpoons and harpooning. Luckily, I was not disappointed. I came across the above image and was floored. The sheer variety and cruelty of these barbs is amazing to me.

Oh, I don’t mean cruelty in an animal cruelty sense. While I don’t want any animal to suffer I fully support hunting as conservation and a resource for food. No, cruelty in this context is the shape and style of the barb. Just these jagged edges and shapes. So severe but no doubt effective for getting in and staying in. I wish there were harpoon fighters in video games. Maybe some kind of fish man. That would be fun.

Lastly, we have this lovely image of a Skull Lobster our own Kyle MacGregor drew in response to a comment I made about what if a lobster had a skull for a face. The way I see this going is that you and your friends are fishing and have thrown out some lobster traps.  Wondering where you got the lobster traps?  Well you bought them from a gypsy trader.  I'm talking old school gypsy with the milky eye and head scarf.  It seems shady but you got them for a steal and lobster for dinner sounds baller.  So you set the traps out and fish for a while.  Then you check the traps just as you are leaving and there's one lobster in a trap.  Only problem?  IT HAS A FUCKING SKULL FOR A HEAD.  Yeah, you bought cursed lobster traps from a grossly stereotypical gypsy.  Enjoy never sleeping again as the Skull Lobster tries to drink your soul.