(Note: Any game I give an initial thought to will not have a review score, due to the fact that it is initial thoughts. I post these with about 6 hours into the game to see how it feels and how I'm enjoying it so far.)

So... I kind of skipped last console generation and went PC only. As such I happened to miss a few games that I really wanted to play but never got the opportunity to. With myself being a Nintendo fanboy I picked up a Wii U and have been able to cover a fair amount of the Wii games I missed out on, that didn't solve the problem of console exclusives of course. So I was pleasantly surprised during Nintendo's E3 to find out Bayonetta was being included with Bayonetta 2 for free (which will also have an initial thoughts... after I finish the first one.)

The Bayonetta series is made by Platnium games whom have made a lot of other games that I just happen to love (Wonderful 101 is on my top ten list for a reason), however before they became Platnium the majority of the studio was Clover Studios at Capcom. When Capcom shut them down they moved on and formed Platnium, while this doesn't matter to much in the long run the majority of these games at both studios can be quite hard. However even with the difficulty in these games they make games that are and feel wonderful to play.

However these games do however happen to have an easier mode for those that truly want it. Unfortunately it does not have a harder mode available until you beat the game for the first time, which is something that Platnium games does very frequently and I find rather annoying myself since I'd like to just jump in and get more rewards unlocked by playing the higher difficulties anyways. Even if that does involve me getting my ass handed to me a lot of the time.

However I should note that I do understand WHY Platnium does this. So while it irks me I can't fault them, they know that they make hard games so having people play it on the normal difficulty first and then playing it on the harder difficulties should make it so people are at least familar with how the gameplay's and not having controllers smashed or pulling out hair. So while it does frustrate me I at least acknowledge why and it is a smart design move. I would just prefer to have hard unlocked automatically.

Bayonetta herself however controls very fluidly she moves how you want her to (most of the time) and the enemy attacks don't feel cheap (again most of the time.) On occasion I have noticed that the dodge isn't quite as fast as I'd like, however that may be due to design and that it's working how it's supposed to. I suppose it doesn't help that the Arkham series has spoiled the dodging and counterattacking mechanic for me a little bit. While the Arkham series was loose and free flowing you allowing you a few seconds mistake Bayonetta does not. You need to be spot on with the dodge otherwise you're not getting Witch Time.

Witch Time, which in turn includes dodging, is something you will need to get good at... for your first playthrough at least I would assume. There are items in the shop that disables Witch Time but I'm not good enough for that (plus I don't have the money) so I don't bother. Witch Time helps with bosses, enemies, puzzles just about everything but especially with enemies. It slows them down which means they can't hit you but you can dish out a ton of pain. Fast. Since the game heavily relies on combos you'll be relying on this as you continue throughout the story.

Bayonetta's story uses a cliche that has been used time and time again: amnesia, and I actually don't happen to mind this to terribly much. Why is that? Because it's not really brought up to terribly much, it's mentioned here and there but unlike a lot of games (or animes) the first thing we don't learn about said character isn't I have amnesia so that does happen to help a lot. However as the game goes on Bayonetta does learn more about her past as she tries to find an item that she's looking for.

We're introduced to a few subplots as well such as supposedly having killed someone's father and him now pursuing you and trying to prove it. We also have Bayonetta's daughter following you, even though it's claimed that it's not her daughter. She does bear a striking resemblance to her however. Bayonetta is also the second to last one of her kind, thought to be the last until the story took place and there was another Umbran Witch. Who is the Protoman of this game, she comes along tests Bayonetta gives her a new ability and then proceeds to leave as mysteriously as she arrived.

You also find out that you're part of something bigger but don't know what it is right away. Some creepy voice just keeps talking to you about your destiny and how she is the future to make things better. But aside from that after six chapters not much has been shown to us, but that's kind of how Platnium works teasing bits and pieces here and there but not much else until you get further into the game.

The game gives you a lot of weapons at your disposal to take care of all the enemies you can get your hands on, they way they're unlocked is rather unique as well and quite possible to miss a few during your first playthrough unless you enjoy exploring. The way you collect weapons is through records and for the first few records they're all in one piece and rather hard to miss. Later on however they're split into different pieces and you need to find them before gaining the ability to use them.

My favorite two weapons so far is the Shuraba and Onyx Roses. Katana and sawed-off shotguns. 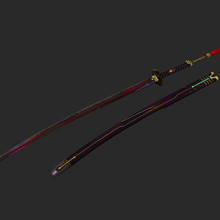 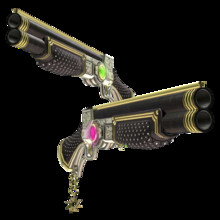 I've always been a fan of shotguns (as well as revolvers) and like the way they feel, high damage at close range. Just how I like it. The Shuraba is fast and powerful, which makes it pretty fun to use. I haven't tried all the weapons yet however so I may find one I enjoy more. 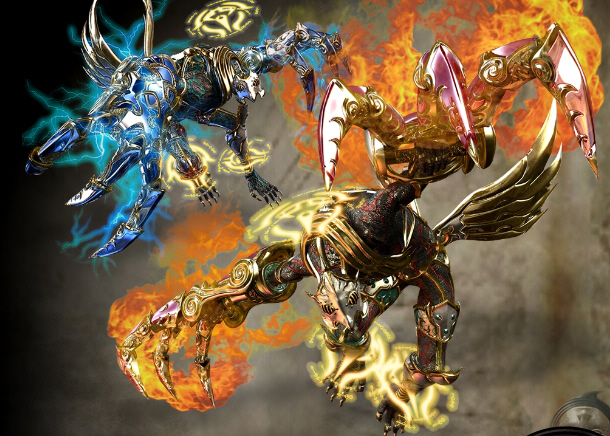 In particular these two assholes that tend to hand me ass on a plate each time. And you have to fight them both at the same time. They're fast and cause a significant amount of damage, not exactly fun. I have been getting better at them however though so they're not as much of a pain to deal with anymore.

Overall I've really been enjoying the first one and can't wait to play the second one. I'd recommend anyone interested in it pick it up and play it. I should also note that as some of you may know I'm Catholic so killing the enemies does happen to bother me a little bit since they're called angels. However, if you're interested in playing games or making games (as I'd like to one day) you need to play games that sometimes push what you're okay with. You can't really experience what game's have to offer if you don't.