I Gawked when I saw Gawker recently #GamersGate 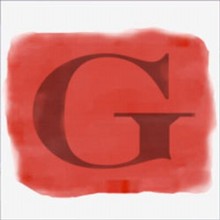 A few intersting notes about whats been going on at Gawker. For Starters, everyones favorite jokester Sam Biddle will no longer be on Vallywag. He's being promoted to Senior Writer at Gawker. This will come as a bit of a surprise to some, because it was his recent 'joke' about bullying that made Adobe pull advertisements.

Another thing to note is that traffic for Gawker is on the decline, now I've seen this before back in 2012, so it's no surprise when there's a bunch of negative media coverage from Gawker that this would be so now. With all this negative attention coming from the company, it's no surprise that this would be the current trend. I can't say if these numbers will return but I can speculate that if Gawker can survive the culture war currently, then chances are the traffic numbers will return as well.

As many know, advertisers have been leaving Gawker as of late, BMW, Intel, Adobe, to name a few. However, I don't personally think #GamersGate or #NotYourShield are to blame fully for this. Although it is true that pressure from both hash tags have helped, the main reason that was listed from advertisers was many had 'issues' by how Gawker Media handled the current situation by attacking their audiance. If this is true, it's actually Gawker that shot itself in the foot rather than pressure from the Hash Taggers.

There is also some legal issues that I didn't know about going on with Gawker, apparently the company is involved in a class action lawsuit. It's workforce of unpaid interns do the exact same work as normal employees and have to follow all the same company policy's. There is one minor exception, they're not paid.

What's the most interesting is the second link I posted above. Currently, a federal judge in New York has ruled that individuals who don’t get paid for their work aren’t protected by the New York City Human Rights Law and therefore can’t bring a sexual harassment claim against their employers.

Finally, Gawker recently pulled down their advertisement page. I can guess this has to do with #GamersGate using it to target their advertisers, but your's truely found a link to the page it was before. Remember, nothing from the internet is truely taken down.

I'm WeasleX(tm) and I've been a gamer since I was 5 years old. I remember writing code from PC magazines my dad had, I think the first one I completed was one modeled after the board game battleship. Since then I've been a gamer, from PC (mostly) to console's, I've been addicted to video games.

I build some games using RM2K3, and I have a custom built PC rig I've built myself. Thus, I think it's safe to say that for right now, I'm a PC gaming fan. Even if I own an Xbox360, and a PS3, the PC has remained my number one gaming device.

So that's me in a nutshell, besides the facts that I like long walks by the beach, getting caught in the rain, I'm not into vodka, I'm into champagne. lol