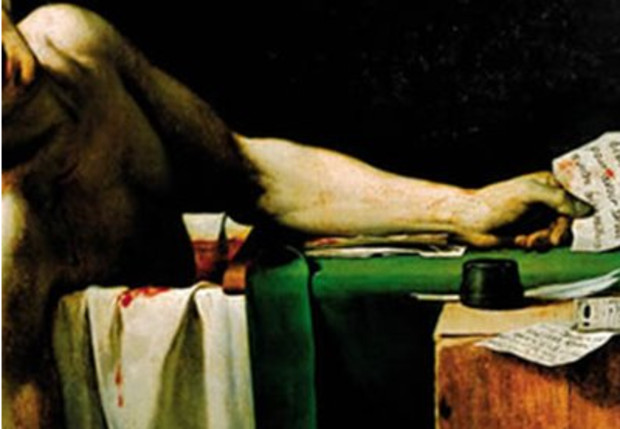 Low review scores of any AAA video game, especially games that are part of a series, tend to result in a lot of anger from fans. For instance, give a Legend of Zelda title anything less than a 9/10 and you'll be on the receiving end of a tidal wave of rage. Jim Sterling had the nerve to say that Vanquish wasn't amazing and he was reminded of it for years by disgruntled readers.

Last week, gaming news site Polygon gave Bayonetta 2 a 7.5/10, and their reasoning behind the score was quite controversial. They claimed that the "over-sexualization put a big dent in anotherwise great game." In essence, the sexual aspects of the game were the primary reason for deducting points from the final review score. 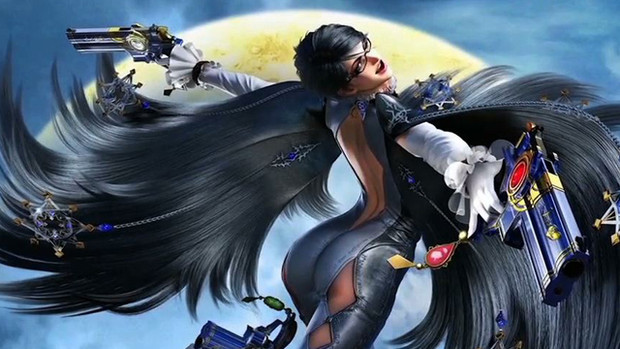 As expected, a lot of gamers were outraged at both the low score, and the disapproval of the games sexual overtones. Polygon was obviously inserting it's politics into the game's review and adjusting the review score to fit into their ideology.

Some gamers even jumped to action, creating what they called "Operation Bayonetta 2," a campaign to basically get Polygon blacklisted by Nintendo. Here's a pic regarding this "operation" that's been floating around the internet: 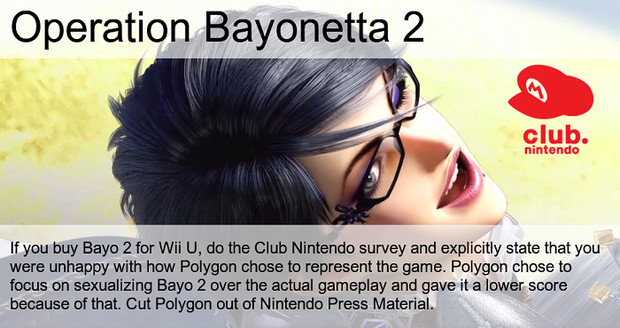 So look, here's what I think of this:

I am in complete disagreement with Polygon's assessment of Bayonetta 2 and it's disapproval of games with sexual content. Games should be as sexual as they want, and I don't believe that women portrayed in a sexual manner in any way make male gamers more "misogynist" or "sexist." They might give us a tingly feeling in our pants once in a while, but that's about it. Game developers should be able to express their ideas however they want.

But on the flip side of things, I also feel that game critics should be able to express themselves as they want, even if my own oppinions are in direct opposition to theirs. 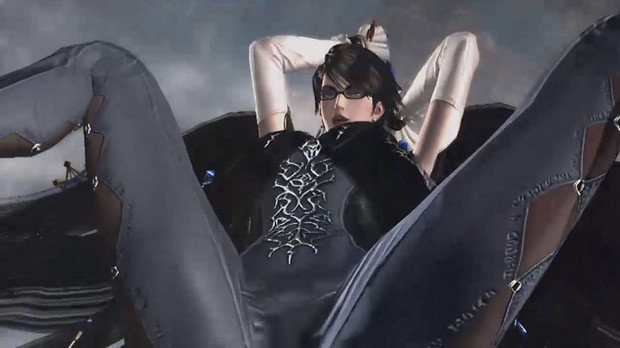 Not only do I think that "Operation Bayonetta 2" is ineffective and petty, but it sets a terrible precedent as well. What it tells game reviewers is "give a game a bad score and we'll punish you." Think about it: if a game developer blacklisted your favorite reviewer for giving a bad score, you'd be pretty upset, right? Then why are we, the consumers, facilitating this censorship? We should be supporting honesty from game critics. And Polygon IS being honest, it's just not the kind of honestly most of us like or agree with.

I've also heard the argument that low scores hurt game sales. My thoughts on the matter?... so what? It's not a game critic's job to sell games, that's for advertisements and a company's PR. A critic's job is to tell you their honest opinion on a game, even if it's influenced by their own personal politics. Other people share those politics anyway, so is it so bad to have reviews that cater to them? 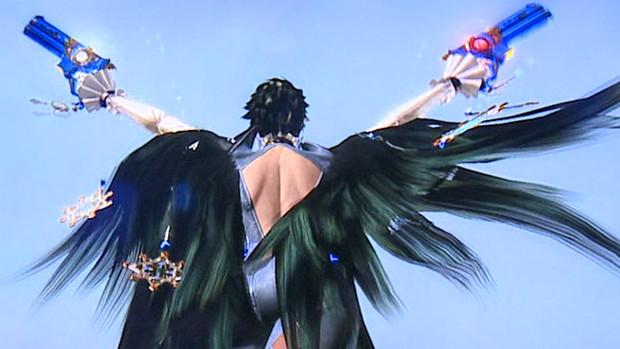 Basically it all balances itself out in the end. Polygon's Bayonetta 2 review is pretty much a non-issue. You would be better off spending your time Waiting For Black Metal Records To Come In The Mail (I don't think anyone is going to get these references...).