Hatred Or: How The Gaming Press Stands With The Psycho Nathan Drake 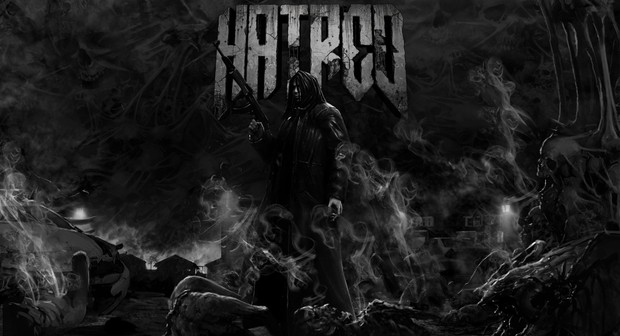 I love video games. I love them for everything thay can be. From cutesy platformers to RPGs to rusty grey space shooters etc... That the one thing that makes the medium that special in my eyes. The freedom that creators have and by extension the freedoms allowed to us gamers. No genre better eximplifes this than sand box games. White a large majority of these games are shooters of some sort. You can almost litterally be whatever you want in them. You can be a law abiding citizen in "GTA" or a woman hating cop in "Sleeping Dogs". The world is yours to do as you please.

But there is one taboo in the world of videos games. The player can never be the true villian. No matter how horrible you are ina  game the world wil never see you as the bad guy. Almost everyone who's played a Sand Box game has commited genocide out of boredom but once you die it's all undone. No matter how hard you try the game will never see you as ultimate evil. Even games like "Overlord" where you're billed as the villian you aren't. But for the few games (minus one) that break that rule and allow you to be evil are bashed. Labeling the characters as "unlikeable" and "destestable" despite the fact in any other game we do the same as these characters but just with out the evil label.

But now we have a new game that strips all of the bullshit and straight out annouces you as evil. (from the little that is known about the game) Hatred is the first game I've seen that pulls no punches and makes you truly evil. Now I know most will think of Postal but not even postal came out and said you were evil. You were still marked as the protagionist. But Hatred says you hate the world, yourself, and your out to cause as much havoc before you die. Now while the ballsiness of the delvelopers intruges me I must say nothing about this game interest me. But I respect their willinginess to go balls out and make a game witha purple evil main character. And it sickens me that the media is so qaick to classify it as trash and try to disant it's self.

In no way am I sayinh this game should be championed. But I dont get how we can play other games with mass murder disgued as anything else but it is and shun the same thing done in another light. Just look how the Uncharted series is media darling. Loved by the masses despite the fact it's been written about coutless times that Nathan Drake is a madman. Take a moment and read this amazing write-up How do we stop Nathan Drake? Take moment and take that article in. The only thing seprating this characters is a better fashion sense, boyish charm, a winning smile, and an emo masnifesto.

Swap the trench coat wearing emo dude with the charming rouge on a quest for treasure and people would be eating this game up. It just saddens me to see the cimmunity at large trying to cry foul on something that has been accetable for years on end now that it's has a darker coat of paint thrown on it. And even worse the gaming media for crying foul on it.  The hypricy is laughable in this case. I'm sure everyone is afraid of the inevitable backlash this game will cause. But shunning the game for doing what's basically the nirm won't save any of us from the shit storm. Why not treat the subject with class and have an open discussion about the game. Hell maybe even get in touch with the developers so that it can be a better understanding to the game? I just hope that with everything going on the community can weather this storm and continue to grow with understanding and communication. Rather than (for lack fo a better word) hatred that's defined us for so long.