In my previous post, I talked about all the interesting things Transistor does with its narrative. In this post, I want to talk about the gameplay.

Combat in Transistor comes in two flavours: real-time and Turn()-based (not to be confused with “turn-based”). When Turn() is activated, everything freezes and Red is given the opportunity to line up attacks which use up the Turn()-bar. Upon leaving Turn(), these attacks happen in rapid succession, with most enemies unable to react. But then the Turn()-bar has to recharge, during which Red can't use functions and is left vulnerable. 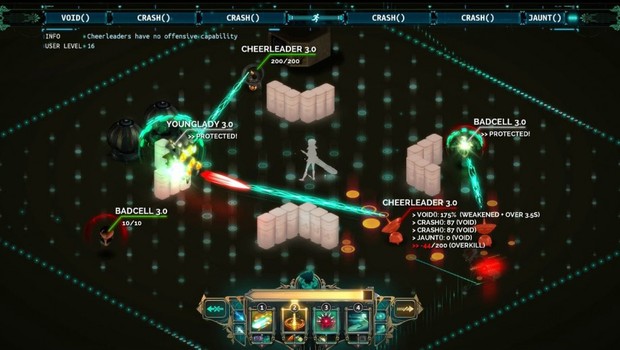 That vulnerability is very important. Without it, the gameplay of Transistor would become very similar to Dragon Age: Origins – real-time would be for easy mode, while pause-play would be for difficult combat.

Instead, by adding the vulnerability and making a rare few enemies react even during Turn(), Transistor gets you to experiment with real-time combos. You may find that one scenario works better with real-time actions while another is easier with Turn(). It's an unusual game which demands mastery of two very similar but still different systems.

There are a few times when Transistor plays with our expectations of how and when combat in a video game should take place.

The first time, it does this for comedy: when you beat the first Jerk, it feels like a landmark battle. The Transistor tells you that this area is clear and you should go to the exit. When you exit, the screen starts to fade to black, the music starts to go out. Then suddenly, within half-a-second, Red comes running back out of the exit while the Transistor shouts “Back! Back! BACK!”. Music and screen jump back up to full throttle. And another Jerk emerges from the exit tunnel and a second round of combat ensues. 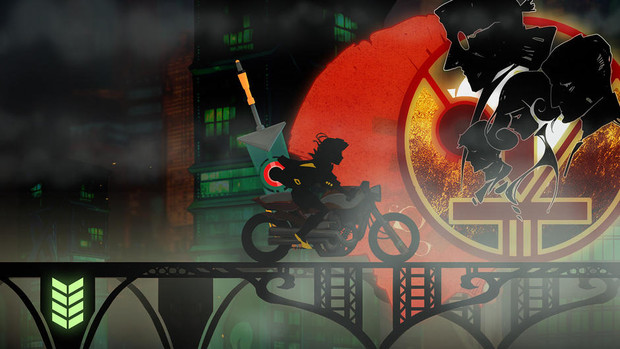 The second time, it does this for tragedy: after fighting Sybil, it becomes clear to the player that the boss battles will be all four of the Camerata. When Asher's remorseful messages tell you that Grant is not well, you think that the next boss battle will be Grant, the mastermind of the Camerata. The game gives you puzzles and battles leading up the meeting with Grant. It then places a save-point right before getting to Grant. The Transistor tells you to get ready. Then, will all your boss-battle hackles raised, you enter the inner sanctum and you find... that a battle is completely unnecessary. Not wanting to become like Sybil, Grant had taken care of himself. And Asher couldn't stand being apart from Grant, so he followed suit.

Two boss-battles are denied to the player by the game. This leaves the player with a turmoil of emotions, akin to what Red and Mr. Nobody must have been feeling.

Bounce() back better than before

Very few games make failure interesting. In most cases, it's a rude “Try Again”. In games with depth, after failing a few times you may decide to change tactics. Or you may just keep trying to brute force it with the strategy that is most familiar to you.

In Transistor, failure (i.e. losing your hit-points) results in one of your four functions overloading. In most battles, not more than two functions will overload. You are forced to try new functions because it takes two checkpoints for the overloaded function to return to normal and be used again. 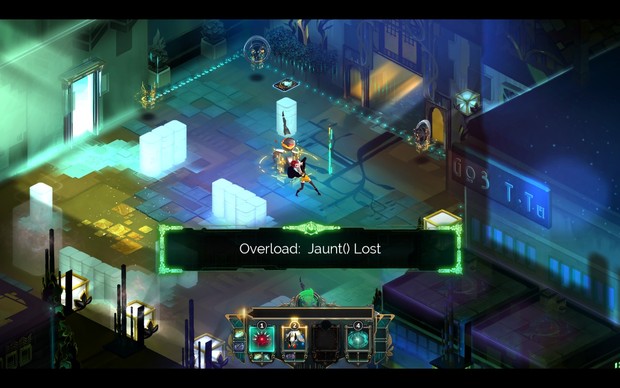 Flexibility and function-combos are the stars of the gameplay. So the player would miss out on a lot of the fun if they stuck with only a couple of tried and tested combos. The game uses its fail condition to get you out of your rut and experiment away!

In summary, Transistor pushes the boundaries of gameplay by (a) making both real-time and Turn() viable strategies, (b) playing with our expectations of battle narratives, and (c) using the fail-state to make us explore more of the gameplay.

P.S. For now, this is my last post with a "formal tone". I wanted to get it all out of my system. You will likely find me (metaphorically) letting my hair down in the next post. Love you all!