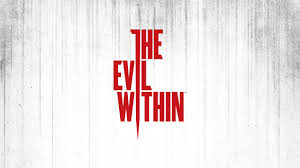 Back again, for the very second time. Here's my last-gen port report for all of you poor bastards still stuck on the machines of yesteryear. This time it's 'The Evil Within', another horror game for October, but is the performance as scary as the game itself?

Well, to put it in simple terms, no. The performance across most areas of the game holds up remarkably well on the Playstation 3, with framerate taking dips as expected, but nothing particularly excessive and well within the threshold set by games such as The Last of Us and Grand Theft Auto V. Screen tearing is present in some cutscenes, but again nowhere near as prevalent as seen in a game like Alien: Isolation.

In terms of graphical detail, the game is a lot closer to its current-gen counterparts than you may expect, with a high resolution refresh and most of the post-processing effects that appear to be in the current-gen versions. In this sense the last-gen versions are only a straight downgrade of current-gen visuals, with lower resolution shadows and textures. Impressively, assets such as grass and physical hanging objects are fully present and don't appear to have been downgraded aggressively.

Check out my video below for some PS3 gameplay:

There are a few minor, but in no way experience-breaking issues. Firstly, there appears to be no anti-aliasing at all present, which creates some jarring jagged edges in cutscenes, but is barely noticeable in gameplay. Secondly, there are a few instances in which pop-in can bring the player out of the experience, most notably in one of the first cutscenes in which the reflection in a car's rear view mirror takes a second to actually appear (in the video above, skip to 1:57 for the cutscene).

Overall, however, these minor issues do not affect the game. In fact, it's very pretty on PS3 and has, so far, been an enjoyable experience. One thing to note, however, is that the game displays in a 2.4:1 cinema aspect ratio, meaning you will suffer massive black bars on the top and bottom of your (presumably) 16:9 ratio monitor. This design choice in particular immediately brought me out of the experience and distracted me for some time from the gameplay, and I frankly can't see what it has added to the game, but this is an issue of personal taste.

So go ahead, make your own choice! Remember to upvote this blog if it was helpful and leave a comment below if you'd like me to check anything out. Peace.