Ending on a high note: My all time favorite game credits. 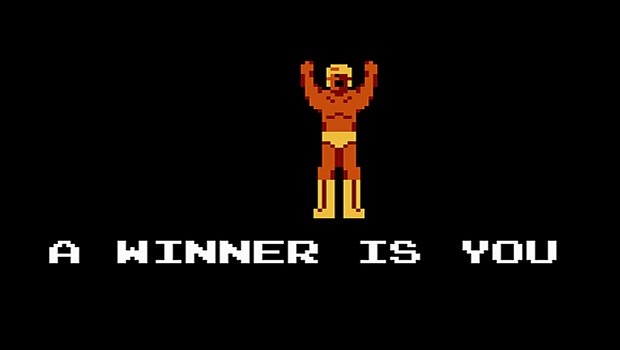 Some games you just don't ever want to see end. These ones at least do it with style.

I have a confession to make: I rarely finish videogames nowadays. That being said, when I do beat a game for the first time there's no feeling quite like kicking back and watching the credits roll. Of course, not all credits are created equally. Some are bland, forgettable afterthoughs. Some games  just stick the credits on the main menu and that's that.

These are not those games. These next few games contain some of my all time favorite credit sequences, in no particular order. Also, as these are ending credits, SPOILER WARNINGS. None of these are new games per say, but most of them are fairly story heavy games. That being said, enjoy!

I'll admit, I'm still torn between this one and Persona 4's ending. They're both great, really. Beating either game takes quite a while and both games end thing on a happy, yet bittersweet note as both in and out of the game, you are parting with friends you just spent the last in game year (or 40+ real life hours) with. It feels like one last big send-off, flashing back through the year's events. And what a send-off both of these are. I personally give the edge to P3 on this one. Anyone who played through it to completion probably knows why. Dat rooftop finale...

Good old MadWorld. Not content to let its color commentators just describe your every action, Kreese and Howard send the game off with one last hurrah! ... By shitting all over the senior dev team. Brilliant. Oh, and the song during the rest of the credits is pretty kick ass, too.

Now this one takes me back... Nintendo was rather fond showing off all of its characters in its credits back in the SNES days. But the parade here just takes the cake. Also, it's lead by Luigi. Who shows up right the fuck out of nowhere after not being there the entire game!!! Where the hell were you when I was kicking Smithy's ass, Luigi?!?

Yeah, yeah, I know. I'm being obvious. But you know what? I don't care. This song was, is and always will be a masterpiece. Also, a bit creepy. It was also a perfect way to end Portal. Just... just ignore the Blck Mesa reference. It was funny back then. Now it's just... dammit Valve!

This one is pretty plain, from a visual perspective. The song, though? Perfect fit. I shit you not, this may be the single best ending theme to a game I've ever heard. After the climactic last battle, and knowing what takes place in the franchise's future, this song just feels right. Also not included in the video above, everyone's favourite chronic backstabber makes a few phone calls just after the credits roll, bringing back some awesome MGS memories back into my mind. Oh, and apparantly Kojima lso wanted to have two Bowie songs for the end credits. "Space Odyssey" and "Ashes to Ashes. Quit hogging the awesome, man!

And that's that. What about you? What games had credits that left their mark on you? Share them in the comments or even a blog if you feel up to it!