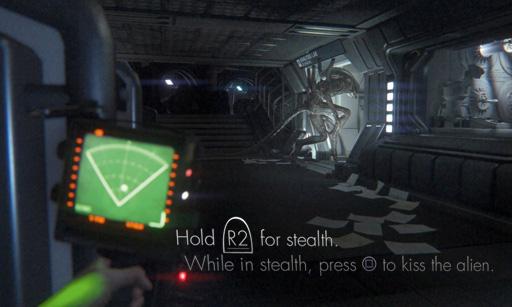 I can always trust the month of October to overload me with horror-related stuff to watch or play.

I picked up Alien: Isolation on launch day, pre-ordered at GameStop because I wanted early access to the DLC with the original cast of Alien and because I’m part of the problem. It’s definitely interesting so far. I’ve been saving it for the weekend so I can properly dive in but they really nailed the atmosphere in the opening level. The character models and mocap are kind of awkward (lip sync in an opening scene was terrible) but otherwise solid. It’s a ballsy move for them to go for a straight up survival horror game in a time when they’re still a somewhat niche PC market. I hope it sells well so more devs will takes chances on the genre.

The Evil Within is due out on Tuesday and I expect fairly mediocre reviews from people expecting either pure survival horror or something along the lines of Mikami’s benchmark, Resident Evil 4. After watching the demo footage on YouTube, it seems like it’s more along the lines of a bigger budget, less Suda51-ish Shadows Of The Damned. I’m always down for a big, gory action/horror game so I expect I’ll get a lot more mileage out of it than the reviewers do.

Also, after travelling around on the festival circuit for a few years, they’re finally releasing the Director’s Cut of Clive Barker’s Nightbreed on Blu-Ray at the end of the month. It was really underrated with some fantastic practical effects despite clearly being chopped up in post-production. Bringing it back was a real labor of love for the Barker and the fans, so I’m interested to finally check it out. Plus a new ABC’s Of Death and V/H/S/3 anthology movies on VOD. I really do love this month.

Vault Of Glass and/or some Crucible. Join the multi-platform Destructoid Destiny group!