(Weird)Game Theories: The Truth about Pokemon

Pokemon are mysterious creatures. Able to summon unrealistic powers and battle with enemies several times their size on even footing. They are obviously the stuff of magical fantasy...or are they more Sci-Fi fantasy?

Who has seen the scifi comedy Futurama? In one paticular episode, the main characters are tasked with collecting time altering particles known as 'Chronotons, and later with cleaning up the mess this harvest causes: random time skips, often only in select areas and people, as things continue to spiral out of control in typical Futurama fasion.
Well... what if Pokemon do the same thing? What if Pokemon have time manipulation powers that were localized and controllable?

We will look at several points while examining this possibility: specific pokemon species, the process of evolution, the method of combat and the worlds history.

Let's start with a paticular Pokemon, Slowpoke. A dimwitted pokemon "Known to fish with its tail". At first this seems innocent enough... until one thinks about how slow and stupid Slowpoke is, to the point it "Forgets what is was doing" allowing prey to escape. Not exactly good fisherman material there.
But Slowpoke was most certainly built for fishing; their tails secrete a honey like fragrance, hardly a defence mechanism. So what could a slowpoke possibly catch with its slow reflexes? Perhaps something that doesn't move once settled. Like a clam or oyster.

That Shellder latch onto Slowpoke is well known, but it is thought to be more an error than anything. Yet when it does Slowpoke and seemingly even Shellder Evolve. The following evolution sees Slowpoke grow larger in size as well. From this, let's look at the newest evolution in Mega Slowbro. Specifically focus on the bottom... see how it resembles Slowpoke's tail? How can that be, if Shellder/Cloyster is latched onto it?

Quick Question; who has heard of the Female angler fish? Those who have probably know what is coming.

And thus, a horrifying possibility comes to light: Slowpoke don't fish, they use their tails to attract Shellder *specifically* to latch on and stay on, which they and only they happily do. The Shellder grow off of silt from the water and crumbs from Slowbro, growing larger as Slowbro slowly farms and devours its catch over a long period of time; eventually absorbing it into its own body, leaving only the hardest part of Cloyster. Slowpoke is a malnurished Slowbro, who fishes for Shellder for greater nutrishional absorbtion than it gets by gathering/hunting other prey with its slow speed, and is naturally slow and dimwitted as an energy-saving mechanism.

So then... why does this massive change visibly occur instantaneously, without total completion or reversal over natural time? Two words: Time Powers. Pokemon have condensed time at their disposal even if they aren't aware of it that builds through experience and unleashes itself in instant large bursts, otherwise it remains contained and the Pokemon is in effective time stasis. With Slowpoke, the 'evolutionary' skip would occur between perhaps a few months or years time normally, but here the pokemon either evolves a non-existent Shellder into a state of being caught or as a response to being bitten, with the Shellder following/getting caught up in this shift and changing too. Though a small window of time-skipping in this case, it is not the only possible one.

Mankey grows in size and loses its tail. Charmander grows wings and horns. Dratini gains limbs. Magikarp becomes a bad ass, and Eevee becomes a million different things through, get this, SPECIFIC environmental exposure. These aren't things creatures can change themselves into through basic maturation or simple metamorphosis(Not for creatures this size and complexity anyway) but over long periods of time- yet Pokemon can change in an instant. Furthermore, a Pokemons' supposed time powers do not end with its ability to reach into the future and change shape.

If a Pokemon is not allowed to evolve, it is capable of learning powerful moves much sooner. Even so far as a relatively tiny creature learning the usage of horrendous strength several times greater than such a form could even handle, let alone utilze. How can a lowly Charmander shoot massive blasts of Fire? Through a familiarity with its current physical from, time powers and all, and excess time energy contained and built up within its body. Though not evolved, Charmander isn't using "Fire Blast", but using CHARIZARDS fire blast by accessing the latent abillity to evolve hidden away; in effect, calling on its potential future decendents power and using it in real time. When a pokemon remains unevolved it continues to gain more and more familiarity with its form and powers, allowing it to grow faster. 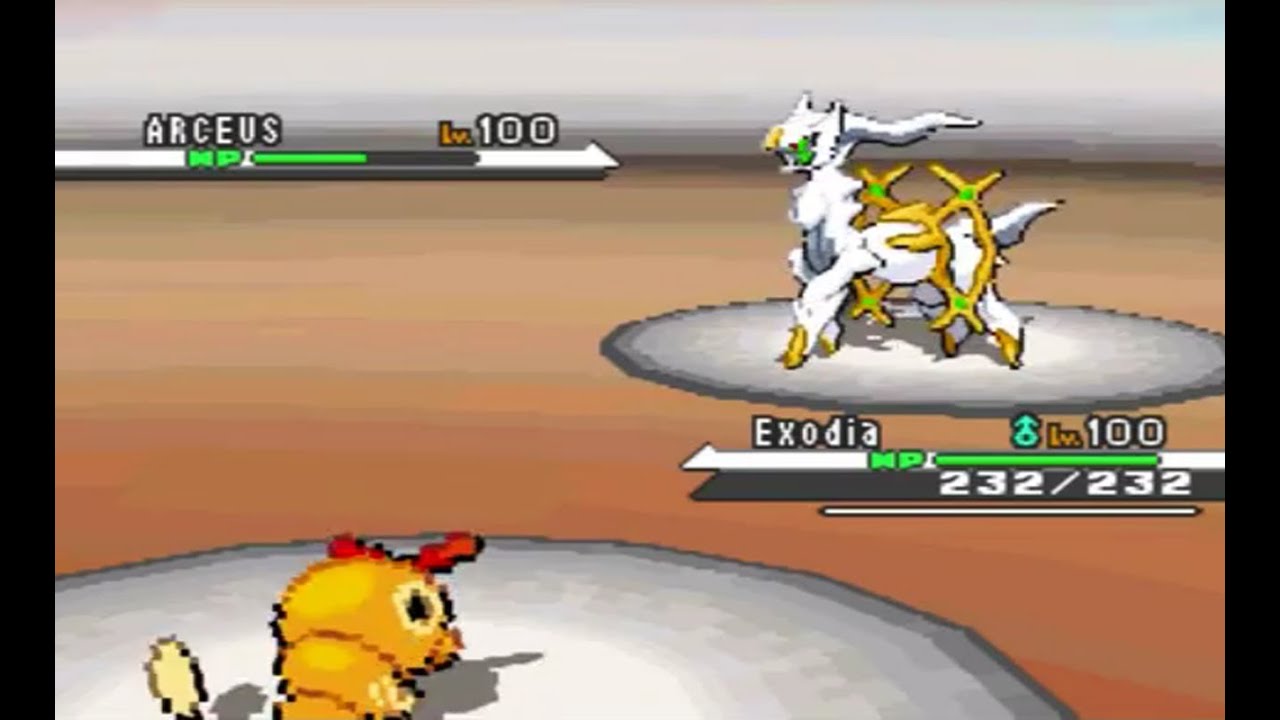 Suddenly, all manner of abilities make sense. A Pokemon using Earthquake or Rain-dance is summoning an actual weather phenomenon from another time. Water Pokemon are in a stasis of being in water even on the surface. Eggs are composed of condensed genetic information shared through evolutionary singularity(at the beginning of all life before evolution created diversity), with the female providing the form and the child inheriting it's fathers potential evolutionary data in the form of Its move set. EVERYTHING about Ditto and Mew. PP is how often a pokemon can access its powers before becoming too tired, and Pokemon are even able to save themselves from death by absorbing mortal injuries, Using up the time power to shield themselves/alter reality and becoming exhausted from doing so; thus fainting.

This is all very intriguing stuff... but where is the proof? Can it even be proven?
Yes. It is actually written in the Worlds History, the timeline. Or rather, the lack of a consistent one.

Let's go through the series from the beginning. Pokemon RB-GS take place in a very Japan like world named after Japans' real regions, but that also isn't Japan. Throughout the early series, references to our world as we know it are made, and Pokemon are a mysterious life form humans don't understand despite 'always' existing. In RB, a scientist theorised pokemon originated from a meteor impact, with evidence collected around MT Moon; including language and references almost implying a world BEFORE pokemon were known to exist on earth with humans.

But as the games go on, things get... weird. Kanto is a real region, but Johto Hoenn and Sinnoh are not- at least not in Modern Japan AFAIK

Real-Earth historical and popculture references fade away. Ancient history with Pokemon becomes more prominent. Legends of worshipped Pokemon, ancient societies that are purely fantasy and great wars involving Pokemon and humans pop up. In the world even regions based off Earths own lose their RL names and become more and more misshaped from their inspired counter parts. Gods that created the world just now happen to be, you guessed it; Pokemon. For that matter, New Pokemon of all types are constantly appearing and being *added* to the world cannonically. In fact, Time travel/manipulation and Dimensional skips are regularly occuring themes throughout the games, show and movies.

This is the most disturbing factor of Pokemon: The time manipulation is contorting all history constantly around humanity, and they don't even realize it. What was can instantly become something completely different, or even fade away entirely. 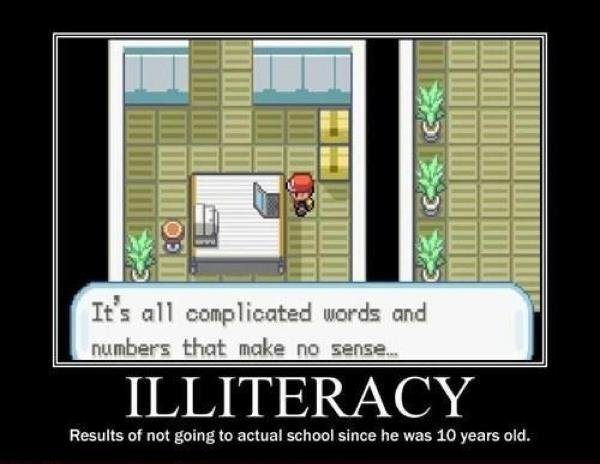 Now, more things become logically possible. Ancient pokemon live forever, their immense powers allowing them to maintain their existence through all time, and even in between time for some; allowing for multiples of the same Legendary Pokemon being owned by different trainers. Some of these pokemon alter reality, worsening the history changes or even being the cause of the change to begin with. Fossils of ancient Pokemon that existed even before the arrival of Pokemon to earth appear due to these constant changes and anomolies, and contain fragments of time power that can be unlocked-reviving the Pokemon within.

Just look at Mega evolutions only being a recent 'discovery' within the series; utilized with stones non existent before XY that contain incredible time and genetic power allowing Pokemon to evolve further than they could on their own for a temporary period of time. Yet even though Mega evolutions are supposedly well known to the world and quite old when they are introduced, somehow they require having a nutball researching them in order to learn their mysteries all while also contradicting scientific fact in earlier games claiming evolution above 2nd stage impossible. This is a huge jumble even greater than the mysteries of Eggs and scientist in the world devoted to that all of a sudden cannonical 'recent' discovery. How can such common knowledge be so poorly understood in the modern setting of the Pokemon world?

Perhaps this is because the scientists know what is up, and that is also why they insist on asking you their own grandchilds name and your gender despite knowing who you are; you can never be too certain with time skipping all over the damn place.