Weird Theory: Do Pokémon have a greater purpose?

There's something slightly odd about the world of Pokémon. It's not the hundreds of animals with elemental powers and supernatural abilities. No, that all makes perfect sense when you think about it. It's the world itself that doesn't quite make sense.

I've poked fun at the nature of Pokémon in the past – the effortless and never-ending happiness of every NPC, the unspoken chivalric code between Pokémon, the disturbing side of Poké Balls – but I only recently put all the mysterious pieces together in one theory. A theory which explains all the oddities in the game series. A theory as airtight as it is entirely unnecessary.

Why is everything and everyone so focused on Pokémon and nothing else? Why do children and teenagers make up the bulk of the population? Why is every single person so deliberately nice? Why is there so much missing from this society? Where do all these new Pokémon keep appearing from? Why are these supposedly dangerous Pokémon happy to stay in the tall grass and fight fairly? Why are the 'bad guys' in every game so spectacularly inefficient?

Short Version: Each Pokémon world is the virtual reality for a state-of-the-art Youth Program, designed to promote good behaviour and social skills in young people.

Long Version: Somewhere in the world – or perhaps in another world – hundreds of people are plugged into a computer program. The young people have all demonstrated poor social skills, troubling behaviour or serious disorderly conduct. The adults are present to guide the young people. They are all linked into the virtual program in a bold and daring effort to teach life lessons, impart real-world skills and give these young people a real sense of purpose. The main character you play as is just one participant in the program; their untold back-story is one of delinquency and misdemeanours. We as gamers are witnessing an unknown civilisations attempts to turn young people into model citizens.

Over-simplified version: Pokémon is a cross between the Matrix and a Detention Centre.

The way each game begins hints at the real purpose of Pokémon. You load into each new game to be greeted by a teacher who asks you to state your name (and gender). This 'professor' has apparently known your character for a long time, but instantly proves that they are new to the program; a fresh face on a long road to their betterment. They also get to pick the name of their rival – allowing the young person to project their unhappiness onto a random person.

Also, consider the various responses that these youths have given over the years, when asked to identify themselves. The number of characters that claimed their name are "Ass", "Turd" or "Bitch" shows that these troubled teens enter the game with some real world baggage.

You then begin your adventure by 'waking up' into the world; a convenient way to disguise the log-in process. The bedroom you are in is apparently yours, but there's very little in that space that you can actually interact with. It's all just window dressing – there isn't even anything on the computer!

Oh, and your 'mom' doesn't have a bedroom. Now that's what I call a design flaw.

The Pokémon games have positivity engraved into every aspect. Whilst the project provides a clear goal to strive for, the people and animals within the game will consistently remind your what makes a good person, and will continually enforce positive life lessons.

Here are just a few of the messages I have picked up on:

3. Pokémon are not real

Pokémon are made up. Stop crying. You can get as mad as you like, but deep down you know Pokémon are clearly a work of fiction. Don't look at me like that.

The creators of this Youth Program have put a lot of effort into creating a detailed world around these teenagers, but there are clues that reveal the virtual nature of this world. The way in which these animals can be miniaturised into balls and rapidly transferred through computers is a prime example. The way in which there health and abilities can be numbered and organised on a spreadsheet is another. And think about the way in which Pokémon can be arbitrarily removed from one version of the game but left in the other.

Many other sources have poked fun at Pokémon design. When I was at school we made a game of inventing new Pokémon, which involved taking a pre-existing animal and "making it weird" in some way. Adding fire was a usual practice. I'm still convinced I invented Chimchar long before its existence. I digress: the point is that these are the sorts of creatures that have just enough thought put into them for this program to work, but not enough evidence to suggest that they are real in any way.

Pokémon are the tool in building this Youth Program, and promote positive messages in their own way. Once they have served their purpose they can be 'freed' - put back into the system to be caught by the next new edition – or deleted to make room. Oh would you stop crying.

There are no schools in Pokémon games. The fact that young people put all their time and effort into Pokémon training, sacrificing education and career prospects, has been the source of query for a long time. Hopefully you already realise that this theory explains that glaring hole in the game world's logic – these teenagers are only here temporarily and will be re-introduced to education once the program has made an impact. But schools are just one feature of any civilization that remains absent from the Pokémon World.

Schools, hospitals, police stations and prisons, military bases, places to eat (in most towns and cities), so many forms of entertainment, waste disposal plants. Each and every new region only contains the facilities needed to supply the young adults with what they need to complete their 'quest'.

The human race discovers new creatures on a regular basis. Insects and small rodents in particular tend to be quite elusive. However, those animals didn't just pop into existenceovernight. Imagine if you woke tomorrow and the news reported told you that Owl-Bears were a thing now. You'd probably have a few questions.

Why does each new version of Pokémon do this? Because the Program is improving. Clearly the project is meeting its goals, and new creatures, as well as activities are being added to enrich the experience. It also means that if a young person has to be brought back into the Pokémon Program, they're not going to feel bored.

5. Gym leaders are meant to be beaten

Using a team of Pokémon of the exact same 'type' makes no sense, does it? Well that's because the Project is designed for the students to win (providing they work hard and show just a little bit of initiative when picking a team). Their hard work is rewarded with high praise and a shiny badge.

6. Lack of any real danger

The first generation of Pokémon began with a claim that travelling without a Pokémon was far too dangerous. The tall grass should not be traversed without an ally. Whilst this is the first positive step in teaching young people – you can't accomplish anything without friends and loved ones – it is painfully clear that there is no actual danger in this carefully constructed world. 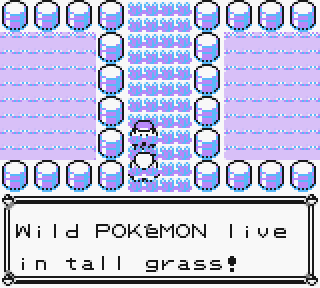 Everything has been carefully designed to keep the 'trainer' safe. Despite all the terrible, vicious moves that these creatures can pull off, the worst thing that will happen is a brief lights out.

Consider real life predators. Lions and tigers may lurk in the 'tall grass', but it's on the open plains where they hunt and kill. In the world of Pokémon, the animals are not allowed to attack unless you step passed a designated line. They never stray into public areas, they won't prey on those trainers waiting to battle your character, and they won't attack each other with any real venom. Everything is carefully considered.

7. The villains are deliberately terrible

Every generation of the Pokémon Youth Program has included a group of bad guys. There imagined objectives range from theft and smuggling to Pokémon genocide to the creation of new worlds. Each evil plan sounds... well... evil, but the fact is the henchmen, henchwomen and their bosses are entirely harmless.

What self-respecting mob boss would allow their lackeys to be overcome by a pre-teen with a team of animals twice their strength? For that matter, surely a real villain would step up to the little scamp and pistol-whip them before they can throw a Poké Ball?

Those villains are there to remind the participant that crime does not pay. The Youth Program holds up examples of poor behaviour and sets to work dismantling the idea that being bad is 'cool'.

Whether you find this theory accurate, illogical or entirely pointless (definitely that last one), I feel that this theory fills in all those holes in the logic, story and set-up of the Pokémon series. If you ever thought – "isn't it weird that ___ happens in Pokémon" – I reckon you'll find the answer here. I could give more examples that prove the theory, but I think I've done enough to make my point.

After all, I wouldn't want people to think I spend too much time over-thinking video games... [nervous laughter].

Thank you for reading

If you enjoyed this, why not check out my blog. There are other 'Weird Theories' and other silliness there. If you're feeling friendly, you can contact me @RedHeadPeak or Like myFacebook Page.