3:00 PM on 10.09.2014 (server time)    0
Do you guys like my Halloween banner? For the entire month of October (and November maybe, I dunno, as long people still put up Halloween decorations in shops), this blog will be dedicated to articles about scaaary videogame-related things. So look forward to all 2 or 3 of 'em. 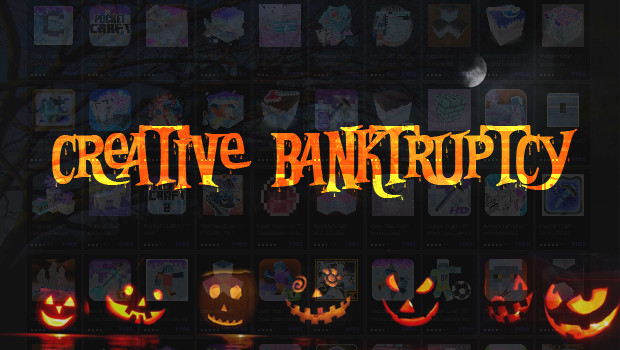 Mobile gaming is no stranger to knockoffs. For every Angry Birds, Flappy Bird or 2048 released in the market, there are several dozens or even hundreds of games piggybacking off someone else's success story by being almost exactly like them. One doesn't even need to be a popular figure on the same market to spawn imitators. Brand recognition goes a long way in making people notice your thing and no name devs trying to make a quick buck would latch on to anything that has that.

Here's a fun little game you can play on Google Play or any app store: Type names of popular franchises and see what comes out. Let's start with...

Oddly enough, you get lots of King of Fighters knockoffs instead.

Now this one seems to be quite popular. Our man in the icon seems to be a mix of Ryu, Kim Kaphwan and his son Kim Jae Hoon. 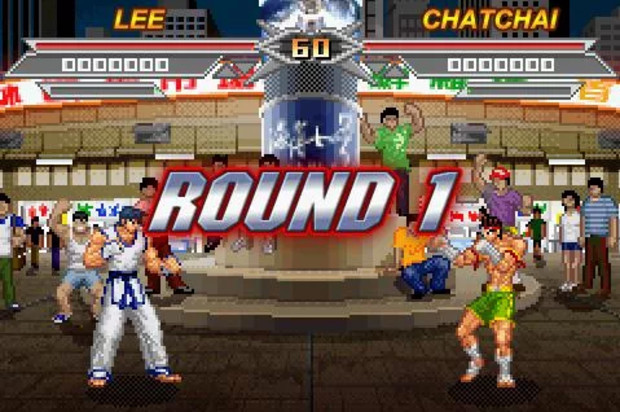 Kim & Joe. Definitely not a direct sprite rip or edit, but the resemblance is there. Notice Taekwondo man's right arm and feet, and Muay Thai guy's hair and shorts. 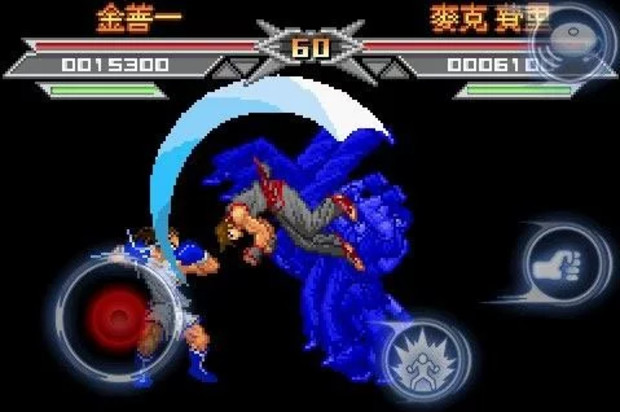 Minus the fact that you have to play a 2D fighting game with an on-screen joystick, this one doesn't look half-bad. Though unoriginal and even traced at some points, the game assets do look like they were made and not stolen.

This one looks pretty good, actually. Looks like a beat 'em up with some RPG elements to it. The art style looks rather nice as well, especially since it doesn't look like a rip off of something (as far as I know). 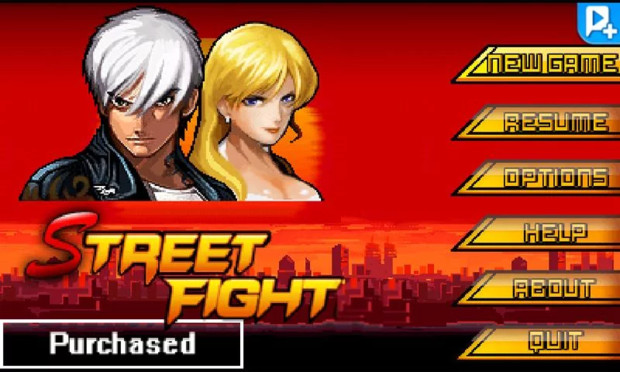 Can't say the same about the title screen though.

Not all knockoffs can be as crafty or half-decent as the first two examples. Get used to games like Mortal Street Fighter Club. Title tries to remind you of better franchises. Icon contains stolen characters/images, including but not limited to Bane from The Dark Knight Rises and "Guy from Ong Bak" from Ong Bak.

As for the game itself, well... 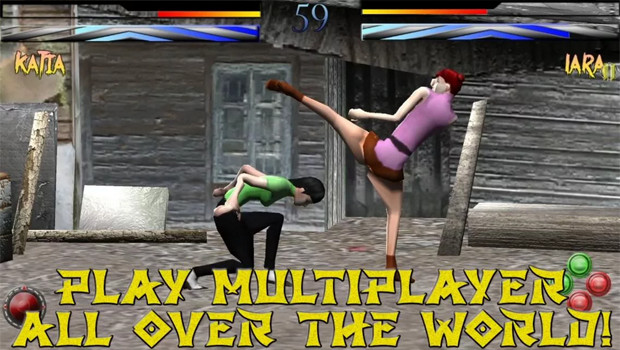 Behold as our brave champion prepares to enter the womb of her horribly mishapen and unevenly skin toned adversary. "Perform impossible maneuvers" indeed.

"Cheating properly" was one of the more important things I learned in high school. That is, if you're going to copy information from the internet for an assignment, you better copy from multiple sources. That way, with a little bit of editing, the teacher won't even notice that it's plagiarised.

Looks like the makers of Kung Fu Street Fighter have yet to master this skill. 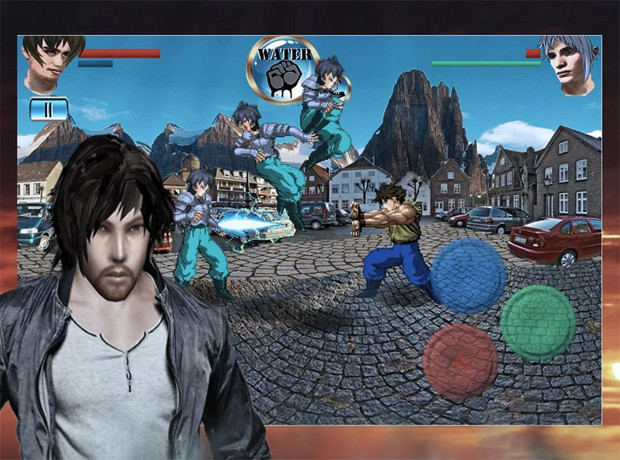 The head, hair, upper torso, lower torso and projectile of each character come from different things. It seems rather fitting to combine Ryu's upper torso with DBZ pants. No idea who armor guy is supposed to be, and why there's three of him on the screen. 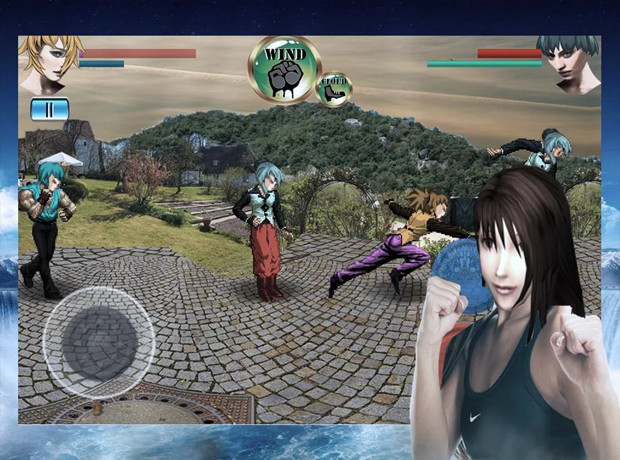 Can't find a gif of the exact Ryu sprite they used. I'm guessing it's from SVC Chaos. Also, I think the less said about character portraits, the better.

Also appearing on the search results are these Ninja Fighter games. I've seen three of them, one also has screenshots from Ninja Gaiden while the other took screenshots from the Naruto: Utimate Ninja series. Since the preview images are obviously stolen from other games, it does make me wonder what this game actually looks like...

Last on our list is King Of Fighters Death. Once again, screenshots not representative of the actual game. App description, enlighten me please!

"This is a high-definition picture with fighting hero themed wallpaper program, if you have a childhood dream of doing tough guy hero, then download the program, and the inside of the picture as your phone wallpaper,, let myself not to forget childhood dream!eighteighteen eighttwenteen"

It's a wallpaper collection...


Animated sprites from The Fighters Generation.