Silent Hill 2 showed me how stupid I am.

In this age of modern military shooters, single-button combat mechanics and increasingly frequent checkpoints, it's easy to become accustomed to the simpler, dumbed-down gameplay that has become the norm rather than the exception in what we see as 'core' games. Before yesterday, I liked to think I was above all of that, playing games with mature themes such as Bioshock, Metal Gear Solid, Heavy Rain and LA Noire, that I could fairly easily outwit any puzzle put before me. 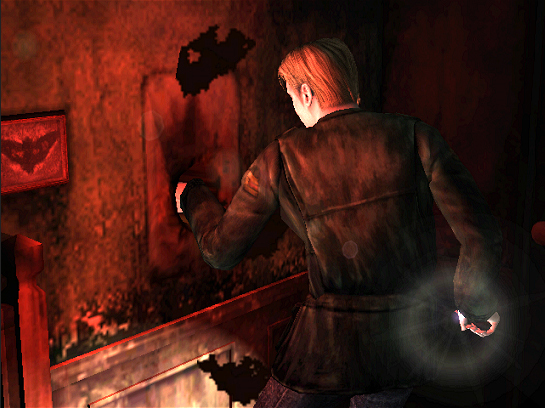 After seeing the PT demo played through (alas, I do not posess a PS4), I was immediately drawn into the horror genre. All of a sudden what I used to think of as exciting or innovative in both games and films suddenly became dull and drab, I couldn't keep myself away from the thrill of the Horror genre. So, of course, I immediately bought Resident Evil...6. After discovering that Resident Evil 6 wasn't quite the type of Horror I was after (despite the Leon campaign being deftly tense), I dusted off the old PS2 and purchased a copy of Silent Hill 2, avoiding any mistake with the HD 'remaster'. I had, after all, heard much about it; being touted as the 'best Horror game ever' and other such titles, I was excited to step into the foggy town for the first time.

After what seemed like a very long jog through the misty dirt tracks towards the town I was greeted by large smears of blood on the road. Obviously I wasn't going to follow that shadow through the dense clouds of grey, but as it turned out, the road ahead had collapsed, and as it transpired somewhat later in the game, all the others had too. As is to be expected in a Horror game, nothing is ever left unlocked.

Following the spectre through the overbearing gloom, I was quickly introduced to the piss poor combat system, and thus I learned the lesson that running is always your best option. This lesson would first come in handy on my return to the streets, from which there seemed to be no escape. I was clearly missing something. I had picked up a key from an alley, but all it told me was that it was for some sort of apartment, what apartment? There were more than a few places that looked like apartments here, and trying every one in that same alley proved fruitless. Thus, roughly twenty minutes into the game, I perused a guide to find an answer; the key did in fact say exactly where it came from, but without first using the 'Examine' function in my inventory, James would simply conclude it was for some sort of apartment. Lesson two: examine everything. 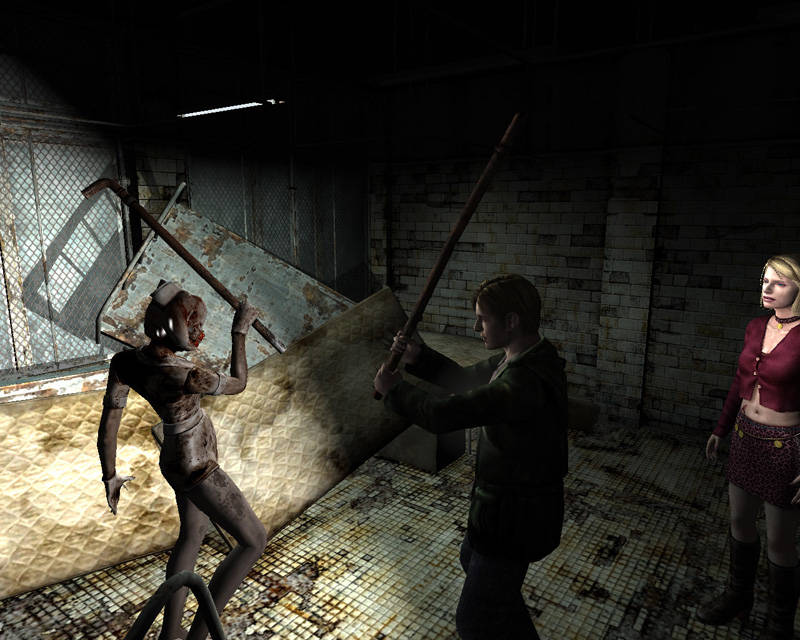 After passing by two more Straightjackets and searching a few apartments, I found a torch. At this point I assumed I would be able to solve the clock puzzle, surely all I had to do was make James see the writing and a cutscene would trigger, right? After crawling back into the arms of the guide once more, I finally found the key to the clock, and to cut it short, I looked at the guide again to figure out what time to set it to. Lesson three: I'm awful at videogames. Within an hour of playing a game I'd figured would be difficult because of combat, I had been defeated by a clock, and left untouched by the gruesome, nigthmarish creatures on the other side of the door.

All I can say is, I'm looking forward to Alien: Isolation today.