Well then! Seeing as my characters of choice were already picked over, I've decided to make my own damn characters. You lot'll be jealous when you feast your eyes on these roster-shaking newnewcomers. 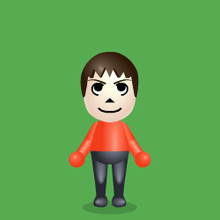 Your neglected avatar from Animal Crossing (2002), the Villeager has subsisted on the forgotten townsfolk and wild foilage of your once shining berg. Little more than a beast, the Villeager now only lives for two things: Smash, and revenge. 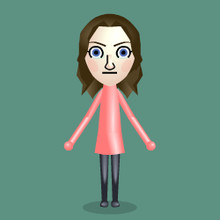 The Princess of Ehrule, Zoltar lords over a kingdom that Link will ultimately never go to. She probably has a tri-force, but Mii fighter only has three options so I'm going with arm cannon. She's nicknamed her blaster "Wisdom." 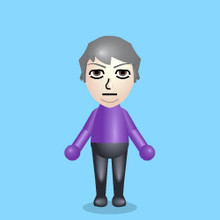 A Ylissean postal worker discovered by a bunch of pretty teenagers in a ditch. Hopes to someday go home to his wife and kids. His gameplay style is "melancholic."