The metal kid stays in the picture: I've got dibs on Megaman! 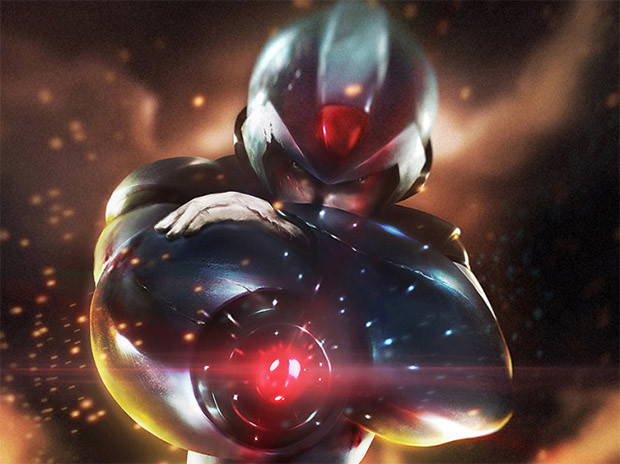 Selecting a character in a fighting game is a very personal thing. There are so many factors to consider – from the aesthetic and personality of a character, the way your playstyle meshes with a character's moves, to how a character interacts with the rest of the roster, what kind of match-ups you can expect, and so on. This is only compounded in a game like Smash Bros where so much nostalgia and character loyalty is baked into the experience. Jumping the gun is a bad bet. It's far better to sit back, play with a bunch of the characters you're interested in, and eventually settle into one or two favorite picks after a period of due diligence. This is good advice. Wise advice.

I knew from the second Megaman was announced that there would be no other possible choice for me. His place on the tier-list a distant afterthought to my very real need to play as the Blue Bomber. My lingering loyalties to Link and Kirby severed in an instant. My copy of Smash might as well not even come with a character select screen.

So yeah, I call dibs.

As is customary, I'll list a few reasons I think Megaman is the best (even though I think his OBVIOUS dominance speaks for itself).

The kid's got endurance. In the course of his average adventure, Megaman will slog through eight stages rigged to the rafters with deathtraps, kill countless mini-bosses, dispatch each robot master in turn, then scale Willy's castle – a murderous maze that makes everything else he's been through seem like a Chuck E Cheese obstacle course.

And you know what he does after that? He kills ALL EIGHT ROBOT MASTERS AGAIN. Bam, bam, bam, one after the other, no time for coffee breaks. Then he'll dunk on Willy's bushy fucking head and destroy whatever crazy machine he's cooked up for himself. Then, and only then, will he take a load off and bask in the knowledge that he has yet again single handily saved the world from an entire robot army (but not for too long, Megaman is always ready for a good sequel).

You think a machine like that is going to have ANY problems taking on a mere three other fighters? Megaman is walking war-zone (albeit a super cute walking war-zone), taking on an overgrown gorilla, a kid angel, and a floating pink marshmallow is nothing to him, he won't even need an E-tank. 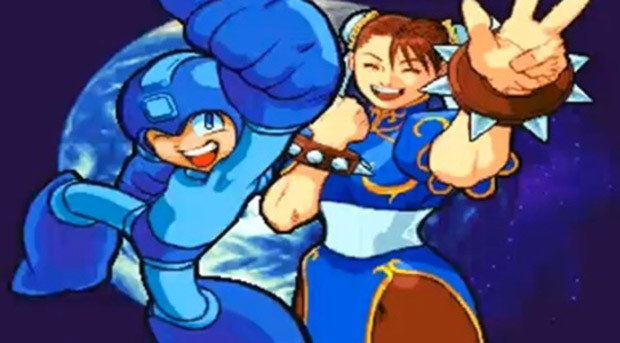 This isn't Megaman's first time at the fighting game rodeo. Did you all forget? I guarantee the cast of Marvel Vs Capcom haven't; the horrifying memory of being pelted with projectiles and carried to the top of the screen with never ending juggle combos permanently etched into their damaged psyches.

Guest characters haven't enjoyed the most sterling reputation in Smash. While it was undeniably cool to play as Solid Snake in Brawl, he was a technical finesse character in a game characterized by frenzied chaos. Great players could make him work, but for most he was surprisingly unsuited for the battlefield. Sonic was a lame duck, demonstrating why Sega lost the console war in real-time, ineffectually zipping back and forth and accomplishing dick all.

Megaman is a proven force to be reckon with. He terrorized MvC1 , made a decent showing in MvC2 (another robot happened to steal the show that time), and can even appear by proxy in MvC3 as an alternate costume for Zero, who is without a doubt one of the most broken characters in that entirely broke-ass game. Hell, Megaman even proved his salt in the obscure Power Fighters arcade game that managed to turn the Megaman boss fights into a series of fighting game-esq match-ups.

He's dominated before and he'll do it again.

(No, I am not going to dignify his silly appearance in SFxT.) 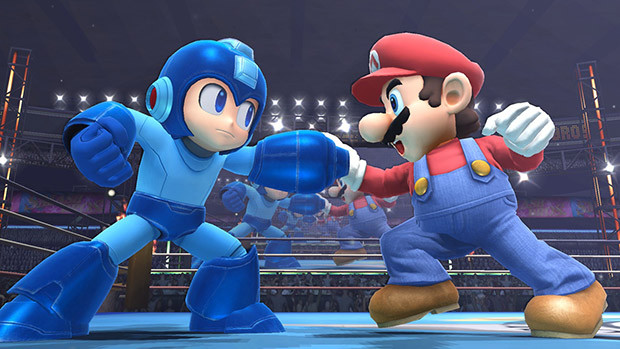 Mario and Luigi have been squabbling for years. Mario is the star of the show, but Luigi is always nipping at his heels, trying to usurp his older brother and become a take a little of that shine for himself. It's a vicious cycle that's had them competing for years in every possible venue you could name, everything from soccer, to kart racing, to tennis, with no clear winner in sight.

You know what happens when Megaman's older brother comes around to mess with him? Megaman slaps that basic bitch out of the limelight and back into the shadows where he belongs. Cool whistle, impenetrable shield, bodacious shades? None of Protoman's Poochie-esq trappings fooled anyone for a second. Megaman doesn't share the spotlight in his series, and he doesn't settle for second best. No spin-off games or pity years for obsolete units/clingy brothers with inferiority complexes.

You have to wonder if Protoman's death at the end of Megaman 3 was a heroic sacrifice, or a desperate escape from the never ending humiliation of being shown up at every turn. Mario might learn a thing or two about how to squash a beef (literally) from Megaman.

A tool for every job 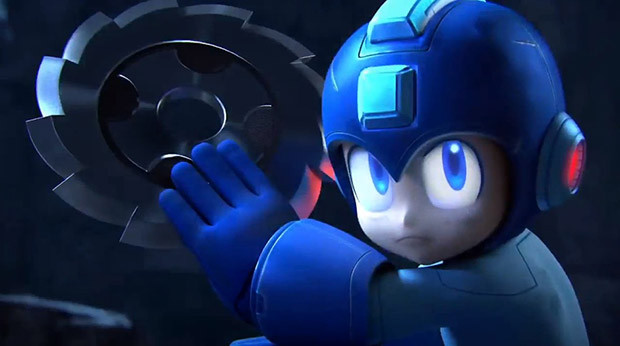 Megaman doesn't have the strongest moves in Smash. He doesn't get freebie 20% jab combos like Little Mac, or ridiculous item spawning tricks like Diddy. What he has though, are options.

Megaman is a resourceful little robot, and he's brought a collection of his best weapons (weapons that I'll remind you he claimed from the smoking husks of defeated Robot Masters) to the arena. The classic Metal Blade is a buzzsaw of death that can attack in almost any direction, or be stowed away for a quick surprise attack. He's got an endless supply of Crash Bombs with delayed timers that can be used to open up opponents for unblockable smashes. His Leaf Shield might seem a little weak, but it's versatile, he can use it protect him from projectiles, cover his approach, or just as a nasty way to add damage to a throw.

When the fancy toys aren't getting the job done, he still has tried and true basics to rely on. His forward smash is a devastating charged arm-cannon shot that comes out lightning quick and sends people flying off screen, mega-busted. His Slide helps him close gaps unexpectedly and keep his opponents from getting too comfortable. He even managed to smuggle in an extra Capcom bonus with him, borrowing Ryu's Shoryuken to launch fools who think he can't scrap toe-to-toe into the stratosphere.

The Blue Bomber has an answer for everything. While he might not be the most directly powerful fighter on the roster, time and time again we've seen that victory belongs to those who can adapt and react the best, not just who has the strongest punch. Nowhere is this more true than the constantly shifting battlegrounds of Smash.

The soundtrack of victory

A lot of fighters on the roster can boast about their game's soundtracks, and I'm not even gonna throw shade on that. Mario's theme is without a doubt iconic. Like a Pavlovian response, you only need to hear the first few notes of Zelda's Hyrule theme to feel primed for adventure. Planet Zebes wouldn't feel nearly as deadly and seedy without the creepy crawling strings and ominous synth hum of Metroid's superb soundtrack. They're incredible.

Then you want to talk about Megaman.

While many of the characters have iconic title themes, or maybe a particular level or two that stands out, every single Megaman game is filled top to bottom with memorable tracks. From the outstanding title screen music of Megaman 2, to the individual level themes that perfectly express each Robot Master's stage and feel, to the epic and dangerous tracks of Willy's fortress, you'd be hard pressed to find examples of BAD themes in a Megaman game.

Megaman has already won the most important fight before even stepping in the ring. He rocks the hardest. 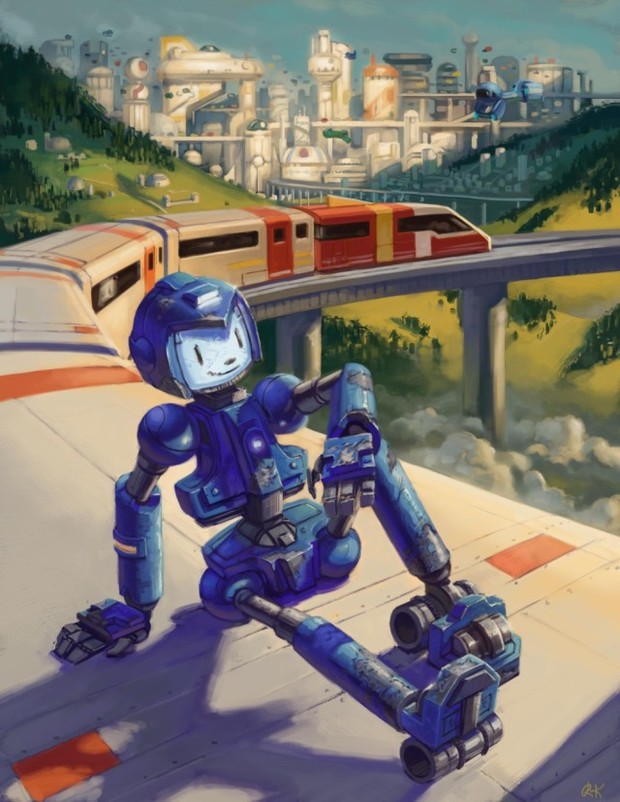 I hold this truth to be self-evident, robots are just damn cool. If you've been around Dtoid for any length of time, you probably know about my mechanical obsession, so me claiming dibs on Megaman probably isn't too shocking. Give me the opportunity to play a robot in a game, especially an awesome little guy like Megaman, and I'll take it.

Upset that I claimed dibs on the coolest character in the game? Well too damn bad. I guess the only thing you can do now is call dibs on a runner-up like these fine gentlemen have before it's too late.

(Apologies to Tony Ponce, just too slow on the draw I'm afraid!)