The greatest war game no one played

When I picked up Valkyria Chronicles I had no idea what I was in for.  I knew nothing about the game, except that the boxart made the game stand out on the crowded shelf, it had a SEGA logo on it, which is usually a decent indicator that a game isn't a total waste of money and I wanted something to play on my ridiculously expensive, yet seldom used PS3 (hey it was 2008).  That's pretty much my entire thought process around purchasing the game that would go on to make me radically redefine what I consider a great game, or more to the point, what a great game could be.  It genuinely deserves a better origin story. 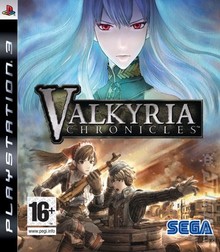 So what sort of first impression did my game store lucky dip give off?  See for yourself, this is the opening cinematic you're greeted with:

The first thing you'll notice is it's gut wrenchingly beautiful.  From the sweeping orchestral music, through the fantastic art direction to the unique sketchbook watercolour aesthetic coming from the custom engine, absolutely every pixel exudes quality. It was immediately obvious I was playing a game that could be very special. The second thing you'll notice is the intro gives off a very strong Band of Brothers vibe, at least that's what came to me when I first seen it. It turns out that's very apt since it becomes apparent after hitting the start button Valkyria Chronicles is actually a World War 2 game in disguise, a very, very thin disguise, kind of like SEGA couldn't get the rights to it and had to tweak it just enough to get away with it. 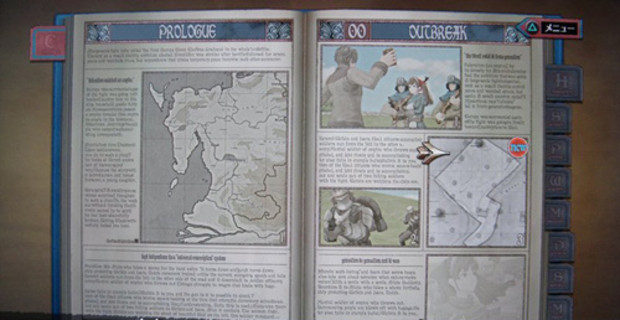 From there we're presented with a book titled "On the Gallian Front". Recounting the events of the second Europan war, this book will serve as your complete guide through the world of Valkyria Chronicles. Performing tasks like selecting cutscenes and missions, reading character biographies, weapon details, statistics and even a fleshed out glossary are all handled here.  Par for the course for Valkyria Chronicles, it is a meticulously thought out work of art, right down to the small details. Later in the game you'll be unlocking character specific chapters and even this relatively basic action has a stroke of artistic flourish applied. Small paper bookmarks will appear at the sides of the book and switch sides depending on the chapter of the book you're currently viewing, indicating where each of these extra chapters sits chronologically with the rest of the events in the book. It's a small touch, bordering on the irrelevant, but one that really shows the level of thought that was put in to the menu system. And this ofcourse brings us to our now very literal prologue chapter and into the gameplay. 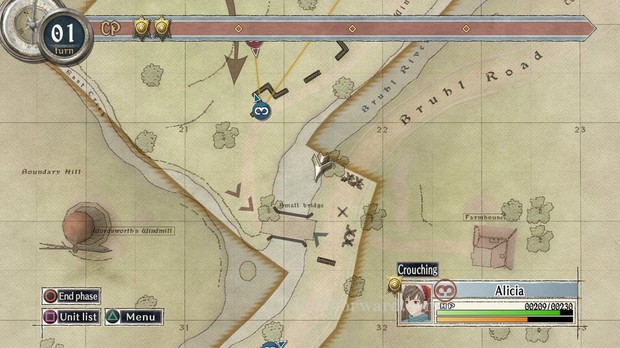 At it's heart Valkyria Chronicles is a kind of tactical strategy game, but unlike any other. It mixes both real-time and turn based elements, action and strategy, it's Advance Wars meets Gears of War, it's Full Spectrum Warrior meets X-COM via some traditional JRPG heritage. The gameplay systems are bafflingly unique, yet feel immediately familiar thanks to some remarkably intuitive implementation. Without really getting in to too much detail on every action, what is really special about the gameplay is how streamlined everything is without sacrificing all the depth. Almost all the spreadsheet-like number games usually seen in games like this are gone, including the grid based movement system. Dmg range? Hit %? Crit %? All gone, have a circle showing your potential firing spread, the number of shots it'll take on target to kill your enemy and the number you're firing. It's beautiful in its simplicity. Another way, and probably the most important way, Valkyria Chronicles demonstrates this efficiency and streamlining of what has previously been a very bloated and cumbersome game design is in the way it handles character buffs. 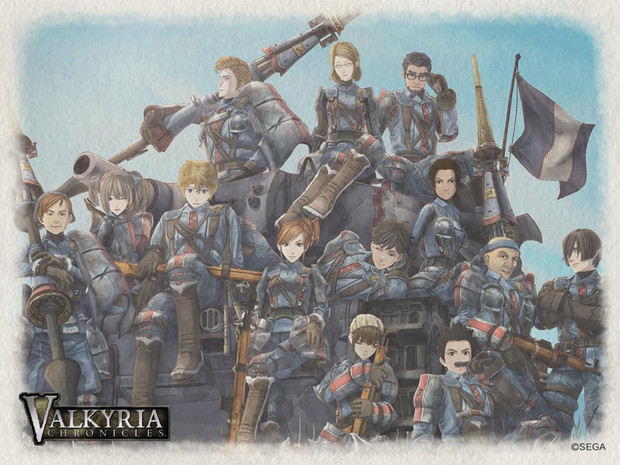 Character buffs is really the key here, these aren't unit buffs, because these aren't units.  Command & Conquer has units. Each and every character in your squad in Valkyria Chronicles is totally unique, and not just visually. They all have their own personalities and back stories that have shaped them. Your characters buffs come in the form of their potentials, a unique combination of traits that'll boost their stats in certain circumstances. These traits tie in to each characters history and personality in some vague way. These personalities are repeatedly driven home through everything each character does, from subtle changes in their animations to their glib chatter on the battlefield and in story dialogue, and thanks to some stellar voice acting (Yes, even the English dub) and writing, the game manages to pull off something very few games ever do. You will care about your squad. You will have some favourites, you might even hate some characters, but you will form an opinion of every one you use.  Probably right from the squad selection screen.  You won't take an engineer on a mission, you'll take Claudia, because she's adorable (then you'll feel bad for not picking her based on her strengths). Each character also has a short list of squadmates they work best with, providing damage boosts when they're near. Getting to know your squad is essential to getting the best out of them. On one hand it's kind of cheating, tricking you into caring about your squad, but there's absolutely no denying it's effective. You will fear the games permadeath system. Even though you religiously believe save scumming is beneath you, you will promptly restart an hour and a half long mission because Vyse died. 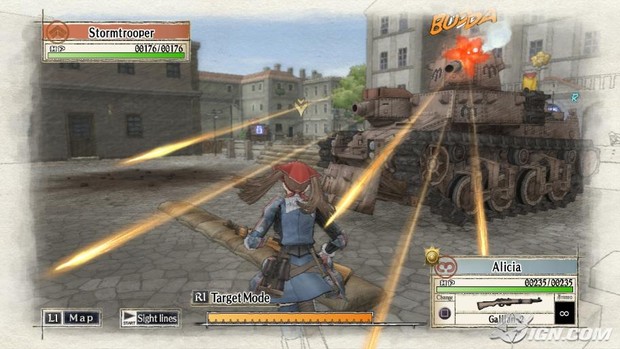 There's a lot of mission variety in Valkyria Chronicles. From beginning to end the game is always throwing new challenges at you, it never lulls into a grind, each mission has it's own unique situation, sometimes even changing mid-mission. It's this variety that'll see the game never outstays its welcome, and keep you on your toes the entire 20-30+ hour ride. And what a ride it is.

Between missions, what's happening is laid out in some lengthy cutscenes, again I'm not going to go in to lots of specifics. The story actually moves fairly briskly without getting stuck down beating you over the head with the same theme or point over and over again (like an awful lot of other japanese games of this type). There just happens to be a lot of story here, as the game goes to great lengths to flesh out it's world and characters while diving right in and covering it's more central themes like love, loss and even racism and the nature of war itself through various sub-plots. The story is pulled off spectacularly thanks to the unusual level of maturity with which it's told (again, fantastic voice acting and writing) and the inherent juxtaposition of having this incredibly dark story being told through the wonderfully vibrant and colourful world and characters of Gallia, elevating it to an emotive place rarely seen in any medium, let alone just video games. If, when the credits roll, you're unaffected by it, you must be made of stone.

tl;dr; Valkyria Chronicles is much more than it's incredible visuals, refined mechanics, stunning soundtrack, amazing cast and breath taking story, it's an absolute masterpiece. It has its fair share of problems, but I didn't go into them here because ultimately they won't matter. if you play it, the main thing that will come across is the absolute love and devotion that was poured into every aspect of this special games development by some of the best minds in the business. It is, to me at least, one of the very finest experiences you can have playing games. 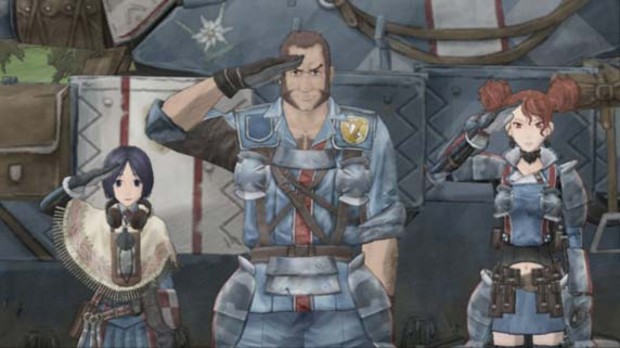 And look at that, my first blog post.  Be gentle.