There have probably been a bunch of community reviews for this game now but I thought I'd throw my own into the pile and also provide a small sweetener in the shape of an unboxing of the European "ludger Kresnik" edition of the game in there as well. 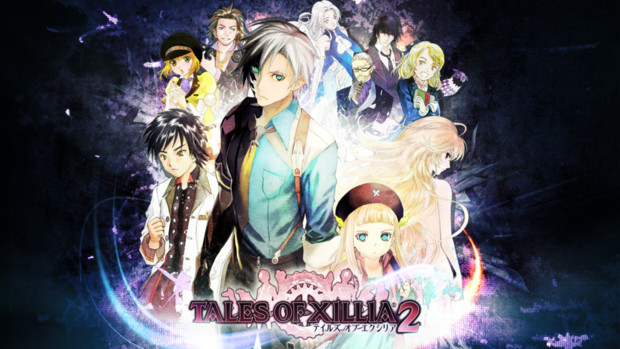 It’s not too often you find direct sequels for JRPGs and those which do get made are often though of as inferior to their predecessor and the series in general. Just think of FFX-2, or FFXIII-2 (though XIII was a turd anyway). The tales of series can’t escape that fate either. We’ve had Tales of Destiny 2 (a decent enough game but not as good as Destiny) and Tales of Symphonia: dawn of the new world. The less said about that, the better!

But first, let's take a look at the Ludger Kresnik edition of the game. A limited edition available to those of us in Europe. it follows the same pattern as Xillia, which got it's own "Milla Maxwell" edition back when it was released a year ago...

The story of Xillia 2 takes place 1 year after the events of XIllia so all that stuff you saw in the epilogue in the first game happened with only Leia really being markedly different from what the first game showed (she’s a journalist now instead of helping out at her family inn). The main character this time is Ludger Kresnik, a man with a mysterious power which allows him to go into alternate dimensions and destroy distortions within those dimensions and effectively wipe them out of existence. That kinda raises an interesting question about whether he’s destroying worlds or “merely” eliminating possibilities. Anyway, early on you meet a little girl by the name of Elle who joins up with you and you journey together. You also find ludgers brother being blamed for a terrorist attack and, due to a major event at the start of the game, you’re saddled with an immense amount of debt which you need to pay off in order to progress in the game.

Gameplay-wise, Xillia 2 keeps most of the systems from the first game. This is a very good thing as Xillia is definitely one of the better entries in the series. If I took the time to get the platinum trophy for it, you know it’s doing something right! But there are some changes here and there. Not all of them for the better. Now, the game limits you to 4 characters in dungeons and the world map. You can only change your party members (assuming they are available) at towns and you can no longer swap them out during battle. Lillium orbs have been replaced with allium orbs which allow you to accumulate element points which will unlock skills and artes when you gain a certain amount of them. Some are unlocked when you have enough of 2 different elements and it’s generally less linear than the lillium orbs in Xillia but it makes it very difficult to plan your characters growth too far ahead. Attacks are now also split into strike, slash and gun attacks with enemies being strong and weak to these new attack types as well as elements.

And then, there’s the debt. At certain points in the game, you need to make a payment towards clearing your debt before you are able to progress in the story. A job board allows you to take on sub-quests to bring in money to pay the debt if the main story didn’t provide enough. a neat enough idea but it tends to hinder more than make things interesting… The battle system is pretty much identical to the one seen in Xillia along with link artes and sacred artes returning for another round. The areas you visit are the same as the ones seen in the first game, although there are a few new areas and others have been expanded. Still, seeing the exact maps again in the game does feel a little lazy on the part of the devs.

To be fair, Tales of Xillia 2 isn’t a particularly bad game but it has quite a few flaws which severely hit the enjoyment level. That coupled with the fact that it’s a direct sequel to a very good Tales game and it makes Xillia hard to recommend to anyone other than the more ardent fans of the series and/or JPRGs in general. Heck, I think even the Milla Maxwell edition of Xillia was better overall than the Ludger Kresnik edition of Xillia 2! Xillia 2 just can’t seem to get a break…