I Feel So Basic for Admitting This, But... I LOVE DESTINY!!!

Basically, Destiny came out this week.  It got mixed reviews for a number of valid reasons and a lot of people are really disappointed in it.  I am not one of those people.  While I'm not going to give a complete review because I have not finished the game, I do feel that I've played enough of it to give my thoughts.

First off, some disclosures that may be affecting my opinion of the game.  Primarily, I had very little interest in this game prior to its release.  Over the years, I've developed a tendency to avoid previews of big AAA games, since I don't like to be let down.  So, from what little I'd heard about Destiny, it sounded like something that could be cool, but that probably wouldn't line up with my interests.  I downloaded the Beta, since everyone was doing it and I was pretty underwhelmed.  On the Beta you were pretty much confined to Earth (its all I played), but really "Old Russia," which is a rather boring environment.  Also, I don't have a PS4 yet, so I was playing on Xbox One and since I didn't preorder, I only had the Beta for a day.  To sum it up, all I really had going into Destiny this weekend was a beta experience that I wasn't all that thrilled with.  I didn't spend years tracking updates on the game and building up my own expectations about what it should be.

Additionally, the two games Destiny is getting compared to the most are Borderlands and Halo.  I've never played a Borderlands game and the last Halo I played was "Halo 2" on the original Xbox (PS3 was my console of choice last gen).  So, I really don't have a lot of experience with either of these similar games to set any expectations for me. 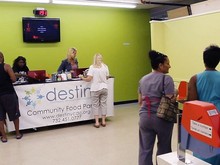 I picked up Destiny Friday despite mixed reviews in reliance on the encouragement of some friends who bought it day one.  I repeated the Earth missions and, again, wasn't too captivated.  My interest really started picking up when I got to the Moon.  I'm not one to make a big deal of graphics.  Two of my favorite games this summer were Shovel Knight and 1001 Spikes.  But, holy shit chilling on the moon and looking up at the Earth and the space junk is fucking beautiful.  I'm playing as a Hunter or Ranger or whatever its called and so I've got a sniper rifle handy.  I've spent quite a bit of time using the scope of that rifle just to an up-close view of some far off environments.  While I'm sure a high-end PC would make it look like PC in comparison, I was impressed.

Pretty much everyone has agreed that the shooting is good, so I'm not going to go into that.  But, a lot of people have said that the game is repetitive.  While you do tread through the same territory on each mission on each respective planet, I have to say that I have not been bothered by it at all.  I'm actually enjoying finishing a mission, powering up a bit, then blasting through that same area like its nothing on the way to the next challenge.  I'm actually finding that it adds to the sense of character-building and progression to retread the same areas a few times. 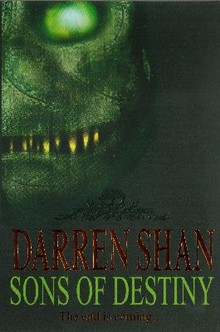 And yes, each mission plays out almost exactly the same way:  go somewhere, scan something, shoot a few waves of enemies.  But, that hasn't diminished my enjoyment of the game thus far.  I love platformers.  Every level in a platformer boils down to: go right, jump on/over some stuff, reach the finish.  As long as the difficulty scales appropriately and I get the occasional change in environment, I don't mind doing the same thing over and over again.  In Destiny, it appears that the difficulty is scaling fairly well.  I've rarely had to "grind" and I feel that most missions are difficult enough to keep me on my toes, but not unfairly tough either.  Likewise, I didn't find Earth all that interesting, so the Moon was a nice change of pace.  Tonight, I got to Venus and, thus far, its my favorite planet.  It's completely different from either of the two previous environments and it looks like its got some pretty cool lore to it, which brings me to my next point...

Everyone has slammed the story. Granted, it is stupid to refer to everything as "The Awoken" or "The Traveller" or "The Fallen" or "The Hive."  But, (and I feel like a very basic, simple person for admitting this) I am genuinely interested in Destiny's story.  I understand that this is the kind of story that, when I'm finished playing the game, I'm going to have to go online and read some articles to figure out exactly what happened.  But, most importantly, I feel like the game is feeding me just enough information to get me interested in the lore of the universe that I want to go back and learn more about these different races and the history of each planet when I'm finished with the game.  When it comes to story, I'm more of a Dark Souls/Metroid kinda guy than a Walking Dead/Uncharted guy, so I'm pretty satisfied with the way that Destiny has presented its universe.

Finally, a number of reviewers have implied that Destiny is really only decent if you play with friends.  I disagree.  Most of my friends have a PS4, so I've been playing Destiny solo and it's been quite a satisfying experience.  Story missions are fun by myself.  But, I've also had a few Journey-esque experiences where I've been travelling on my own and happened to be going in the same direction as another player and we sort of teamed up for a bit.  Likewise, I did my first Strike mission this afternoon and the game matched me up with two randoms and it was still a fun experience.  Without saying a word to these other players, I felt like we were able to establish a pattern of conduct that got us through the mission.  In fact, my least favorite part of the game thus far has been the PvP in the Crucible.  Maybe, its because I was a lower level and didn't have a lot of powers yet, but I felt like it was basically the same thing I could get from Titanfall, which I've been bored of for a while now. 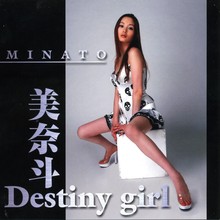 As someone whose been enjoying Destiny way more than I personally expected that I would, I hope these random thoughts are of help to some people still on the fence about the game.  Thus far, most of my enjoyment has come from building a character and seeing all of the worlds.  So, I don't know if I'll have much reason to go back to Destiny after I've reached the max level (or close to it) and unlocked all of the planets.  But, I can say that I've been addicted to this game all weekend and that it's been awhile since I've been this invested in a game.