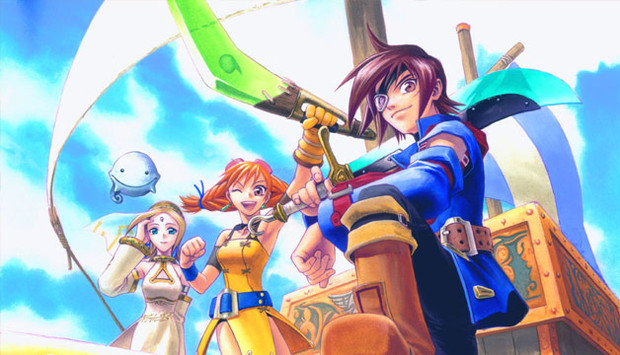 Some of you out there, those few who still remember this title years later and alight when its name is mentioned, are probably beaming right now. If not you've probably already written a c-blog about this very game. To the rest of you I have to assume the deal with this game is a perfect mystery. Indeed, to me it is as well. So I want to try to unravel that mystery a bit, and I hope in the end we all come a bit closer to what makes this game so special for seemingly just a few of us. Also, this is my first c-blog so be kind [rewind].

I don't fault the confusion others voice about the passion I have for this game. On its own Skies of Arcaida Legends is a conflux of old JRPG tropes. It was a throwback in an age before throwbacks were becoming popular, when nostalgia for past games was overshadowed by notions of regression. It stood firmly in the way of the gamer's and the industry's quest for tropeless realism and bloom lighting and online multiplayer and MORE bloom lighting! Occlusive dissatisfactions aside, SOA:L is also a testament to an older gameplay engine many RPGs were moving away from: turn based combat. In 2000, and 2003 when the Legends re-release was made, turn based combat was threatening extinction and I seem to recall discussion of the mechanic's retirement to be a regular topic in RPG enthusiast sites. As well, the game features characters pulled right from the JRPG playbook of 1995 before the dower anti-heroes hit their stride with the release of Final Fantasy VII. All of this, combined with the game's release on less popular consoles like Dreamcast and GameCube, meant that many would pass it over and many more would never know about it at all.

But this is supposed to be a blog about why it's my favorite game. And so one feels a bit compelled to justify the why of it. It's more of a problem than it might seem, because all of the reasons I just listed that clarify why the game was unpopular are part of the reasons why I love it. 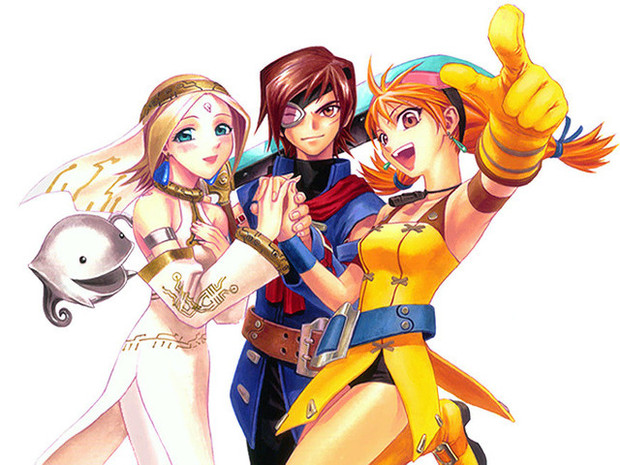 The cast of SOA:L are about as unique among other RPGs as grass in a field, but nevertheless offer up a crucial difference to the anti-heroes of the time. Lead characters Vyse, Aika and Fina all exude positivity, eagerness and above all, friendship. Their whole excursion is not unlike some school aged camp friends having an adventure one summer that they'll remember the rest of their lives. And while not particularly complex, the characters have more than one dimension to them, with contrastingly dark or somber beginnings that highlight their desire to seek positivity going forward.

Even the secondary characters, Drachma, Guilder and Enrique have an endearing desire to press on despite hardship. It all represents a sense of pluck still largely bereft from game protagonists today as we move callously away from the storybook beginnings of videogame's past. 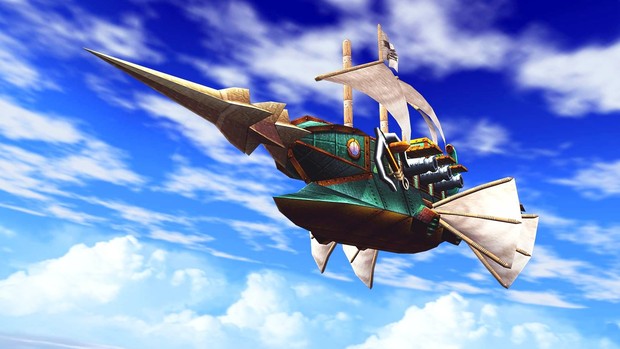 It asks for some patience, I can't deny it. The random encounter rate for these turn base battles, especially on the DC version, are as legendary as the game's name to those who've played it. Lessened somewhat on the GC version, it's still quite a frequent affair for encounters that can be fairly lengthy. With some inside info it can be helped by acquiring special items, relying on certain AoE attacks and picking certain party members but it still remains the game's biggest flaw. Despite this, the battle system manages to work in some interesting mechanics I've yet to see replicated elsewhere (doesn't mean they aren't replicated, I just don't know about them). While turn based, it's also position-reliant. Characters will move around to attack targets, and their positions will have an effect on the range of AoE spells. Movement isn't controlled, but determined by attack type and target position. It's a neat wrinkle in the system that can take some getting used to.

And of course there's the ship battles. You'll fight in your airships (more on those later) like a naval commander would fight on the high seas. The combat is round based and the ship movement is automatic, requiring you to analyze how ships behave then plan the next round accordingly. Commands are plugged in ahead of time for the whole round, so switching between offensive and defensive maneuvers is a matter of prediction. In all, it's a fine change of pace from the on-foot battles and often quite challenging lengthy affairs. 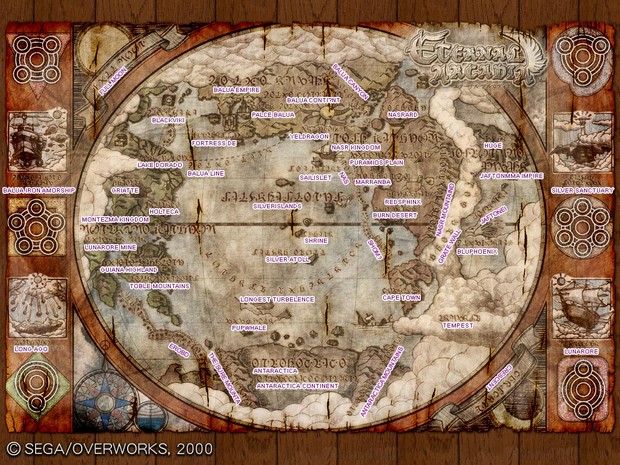 This is the biggest reason for me. I love me some airships and no game has done them as well as this one. Final Fantasy? Nope. You have full three dimensional control over your airship while traversing one of the most unique overworlds in any game. Floating continents, rock reefs, sky fish, dynamic midi-fading overworld music, and just the right amount of guidance before the world suddenly opens up completely. Later in the game you can even get rid of overworld random encounters by flying at super high or low altitudes, which is neat, all while scouring the realm for Discoveries. These are hidden objects or areas that, when found, can be turned in for money and are a required part of unlocking one of the game's secrets. For as staid and traditional as the rest of this game is, this is one aspect that I've found cannot be matched by any before it nor has it been by any to come.

I play it about once every year, and as long as I have the means to play that old GameCube disc, this little tradition of mine will keep transporting me back to that world of Air Pirates and that age of exploration.