How Does Your Game Keep You Contained? Part 2

2:51 PM on 09.02.2014 (server time)    0
The hero seeks a new adventure. Every Mutant Ewok of the Decidedly-Evil Forest has been murdered; the Casually Racist Imps have each been forcefully evicted from the Cave of Moaners; the hero has made so many Dragon's Teeth necklaces that they've considered setting up a little jewellery store in the city centre. (It'll bring in a little extra money in the winter when all the big quests have dried up.)

But now the hero sets off for new lands. They clamber aboard their newly acquired sailboat – made from the bodies of two dozen Ents that really did deserve it – and casts off across the ocean. The wind takes the sails and adventure steals our hero's heart!

What exciting new lands will our brave and sexy hero discover? What new monsters will they vanquish in the heat of violent battle? What… erm… what is the hero doing? I think… I think the ship is stuck… on… nothing. Okay then… now the ship is turning back. Well… that's… all praise the mighty hero?
​ 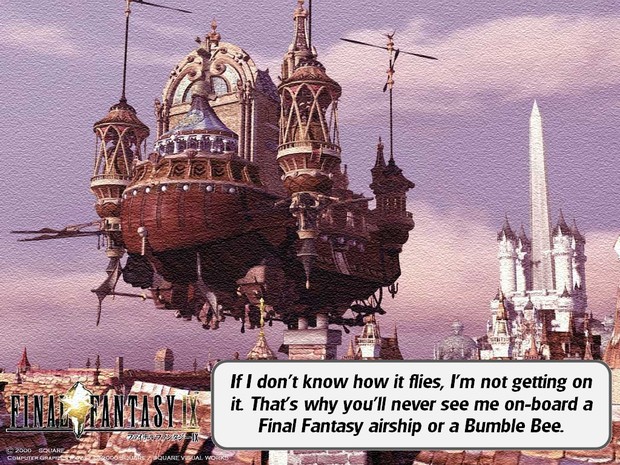 You can leave the right hand side of the map and reappear on the left, giving the feel of an entire globe (you're not allowed to visit the North of South Poles though). However, these world maps are quite vague and without much variety, though I myself appreciate the effort made to create an entire earth to fly over. In most games where the intention is to save the entire planet, you're not always so clearly reminded that there is in fact an entire world around you.

If you can think of any other ways that games create 'containers' around the player, or good examples for the methods I've suggested, please leave your comments below. Some excellent examples were already contributed after Part 1. If on the other hand, game barriers set your teeth a-gnashing, feel free to vent your indignation into the little comment box too.