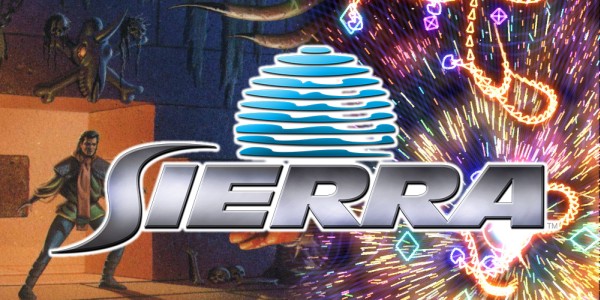 This year I've been taking the opportunity to replay all of my favourite Sierra On-Line adventure games. Sierra is likely responsible for the inception of graphic adventures and they certainly did a great deal in terms of creating some of the most memorable entries in the genre. I began playing Sierra adventures when I was still in elementary school and they still stand as my favourite PC games. Fortunately for me, I was playing my father's extensive collection of Sierra adventures and had the benefit of his hand-written notes, hint books and personal guidance to act as something of a tutorial. These games are many great things, but they're certainly not easy for beginners to pick-up & play. With the recent announcement that the Sierra brand would be making a comeback with a brand new King's Quest release, I thought it may be prudent to write down some basic rules of play when it comes to enjoying these digital antiquities.

Rule #1:�Save your game early, and save frequently 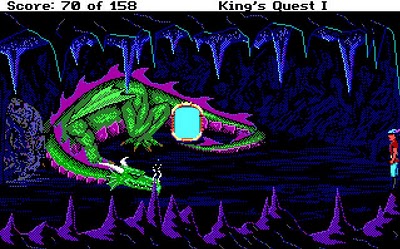 It may seem strange but I'm not joking when I tell you that you need to learn how to properly save your game when playing any of these titles. With most PC games your instinct would be to keep a small handful of saved games while you play, this would be a recipe for disaster when playing Sierra adventures. Instead, your collection of saved games should function as something of a timeline for each title. Anytime you arrive in a new location, make a new save. For example, if you entered a cave with a dragon, make a saved game called "Dragon's Cave" (always find a word to describe the location in further detail, this may not be the only cave you encounter of your quest). Then, if you find anything or do anything of significance (you'll know when your score increases), overwrite that save. However if you were to leave the location and return later it would be extremely important that you don't overwrite your original save file for this area, instead create a brand new save (in this case, "Dragon's Cave 2"). That way, you can always return to that previous instance. Just because you can return to most locations later in the game doesn't mean everything will be as it originally was. You'll need an effective timeline of everywhere you've been during your adventure and that will likely mean dozens if not a hundred separate saves.

Whenever entering a new scene it's important to look over every pixel on screen. The first thing you should do after saving your game is to liberally use the look command. Players can type 'look around' anytime to get a basic description of their surroundings (when playing the point & click games use the "eye" icon on the background). Read the description carefully as it will direct your attention to points of interest in the room. Likewise be sure to use to the look command to examine anything you find in more detail. Anything written in the game could be a clue to solving a puzzle, so it's important to read as much as possible. Not everything of importance will be mentioned in these descriptions so be sure to use your eyes as well to scan the screen for anything of interest. Sometimes important items can also be obscured by objects in the foreground as well, so leave no rock unturned.

Rule #3:�Pick up everything that isn't nailed down. If it is, solve the puzzle of getting the nail out

As an adventure game protagonist the only weapon at your disposal is the collection of an endless myriad of seemingly useless junk cluttering your pockets. If it can be picked up, it's likely necessary to completing the game so you'll save yourself a lot of frustration if you pick everything up your first time around. Even the most mundane object will hold some value to you later and it's only under the rarest circumstance that you'll want to leave an object behind. If an item is irretrievable in someway it's important that you eventually figure out how to take it with you.

Rule #4: Remember to use commonsense

Sierra adventures operate on simple logic-based puzzles. That is, most of the time, commonsense is all you need. Whenever you're stuck be sure to ask yourself what you would do if this was real life. Be sure to take note of everything you've collected so far, what can you use to get yourself out of this scenario? Many times there are multiple solutions to a single obstacle, get creative and see what you can come up with. Even failed attempts can lead to helpful hints. Try everything you can think of before resorting to a hint book or FAQ.

Rule #5:�Read the manual before playing 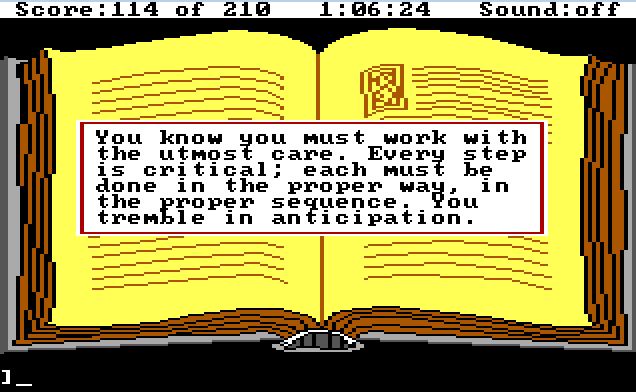 It may seem like a strange thing to mention but you should familiarize yourself with the game's manual before playing any Sierra adventure. Within the game's documentation could be several vital clues that will help you along your way or even copy-protection that the game may reference later. Parts of the manual's written narrative may even reference people or places you'll encounter in your travels. The game may expect you to know what's written in the manual to get through certain sections.

And lastly, there's something I like to tell all newcomers to these games and the adventure genre in general. Do not pick up anyone of these titles with the intent of finishing them. Play these games with the intent of experiencing them. It's easy to get frustrated when you're not making progress but the enjoyment these titles have to offer come from the puzzles, characters and environments. Really take in every moment, stop to appreciate the scenery and play at a slower, more deliberate pace. Boot up each game knowing that the odds are likely stacked against you, and for my money I wouldn't have it any other way.
Login to vote this up!