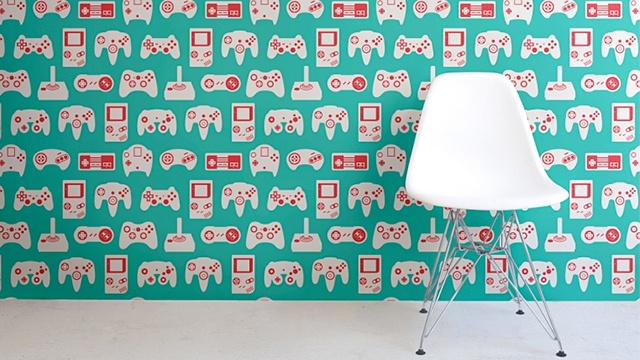 'New' 3DS: How All Signs Pointed To This (Wii-2 Electric Boogaloo)

4:23 PM on 08.29.2014 (server time)    0
[Nintendo just released details of their 'new' 3DS; a more powerful version of the 3DS  with more irrelevant crap than it needed. Look, I'm not feeling very fun today, so I'm going to get down to the point at hand: this was obvious, the signs were there and it's all pretty obvious if we remember the Wii] 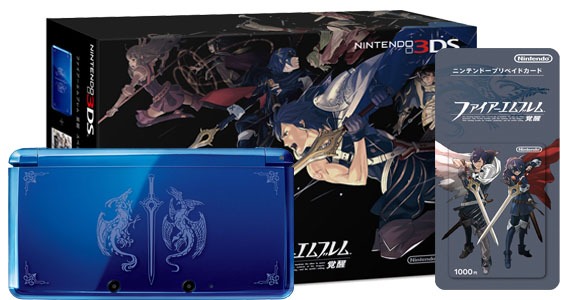 This saved a console AND a series, that's how important this bundle was

Oh Nintendo! You crazy assholes! It seems like your inability to keep up technologically has finally caught up with you, as you desperately attempt to iPhone 4(i) your handheld. The 'new' 3DS; a colour-buttoned, extra analogue stick-ed, micro SD carded, faster and more powerful console...announced a grand total of three years after your released the 3DS, word really can't describe how shit a move this is, but I'll use many to at least attempt it. Now, let's not forget how the initial launch went, insofar as it had a terrible start, had a price cut, and ambassador thing, perks for early adopters and so on. But it looked like we were finally getting an proper infusion of games for the console as time moved forward, and to date there have been some excellent titles released for the 3DS that've made all the growing-pains worthwhile. From Fire Emblem Awakening to Bravely Default, even Shovel Knight, we've seen games coming in at a faster rate than anyone thought they would have. Hell, the Fire Emblem series was actually saved by the 3DS' lack of titles, and subsequently saved the 3DS itself. Except, as of 2014, there haven't really been any significant releases...and suddenly, with this announcement of the 'new' 3DS model that'll have 'exclusive' games like Xenoblade Chronicles, an unsettling realisation is descending on this situation that we thought was a second-wind of the little handheld that did: this is exactly what happened to the Wii.

Think about it: Nintendo allowed the last two to three years of the Wii's lifespan to become a stagnant wasteland of shovelware, attempting, in some way, to add slightly more money to the mountain they already had, despite the fact that they really didn't need it. Operation Rainfall emerged to try to infuse the console with some form of life, Nintendo of America held out months after Europe caved, and Wii owners got a series of titles they desperately needed. How can anyone now ignore that the same thing has happened to the 3DS? As they say; hindsight is a bitch. All of the signs were there: Shin Megami Tensei IV's European release disappears only to re-emerge as a costly eshop download, plans for Final Fantasy Explorers heading Westwards are nonexistent, and the titles available on the 3DS are so sparse, it's almost insulting. To attempt a counterbalance, Nintendo even released a 'big' list of 3DS titles coming soon, alongside their 'new' console announcement: a pile of shit third party titles with - depending on your taste - 5 games of any value (Persona Q, Monster Hunter 4, Harvest Moon, Azure Striker Gunvolt, Theatrhythm). Given how poor the beginning of the console's life was, is it really worth putting the millions who now own it out with another console that'll have exclusive titles on it, that will inevitably replace the 3DS as console of choice for developers?

Removing 3D entirely was the next big thing I guess...until now, for whatever reason

Look, I'm keeping this one short and sweet: this was a bad idea. Not only are Nintendo going to suffer from branding issues (like the WiiU did), but their history has shown that their launch lineup is going to be incredibly poor. If all they've got in the chamber is Xenoblade Chronicles, then they're dealing with an accident waiting to happen. Why would I - someone who has a 3DS XL (Fire Emblem Awakening Limited Edition, thank you very much) - want to buy yet another expensive console this early into the generation? Especially since the initial console has received so little in terms of lifetime support? It has gone through so many variations that they've removed the damn 3D from it entirely with the release of the 2DS. More to the point, since we're actually dealing with the Wii's tortuously slow end transitioning to the 3DS, how do we know that the lack of games we're seeing currently, and the limited amount of games in the future, won't be the last for the console? Nintendo are no strangers to slowly killing their consoles to force the hands of consumers, they've done it before, they'll do it again. It's the staggeringly perplexing way they handle it that pisses me off; as they've always seemed to prematurely cut off titles, long before the successor console has even been announced. It's not that they're hiding it, it's in plain site, but it's so obvious it's impossible to see because logic can't comprehend it. I mean, a wealth of shitty shovelware games? A stingey, almost begrudging release of titles across a period of time that seems incredibly unnecessary, even for Nintendo's standards? It once again seems like an eerie comparison to the Wii's twilight years...only that was, what, 7-8 years, instead of 3? 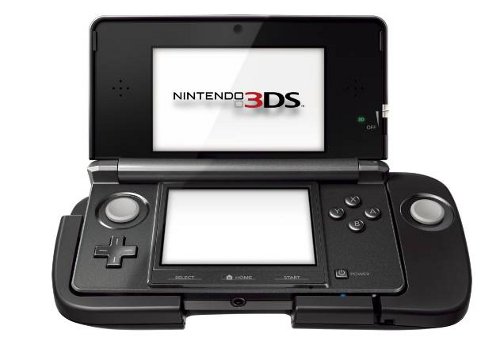 Let's remember that this piece of shit existed, which has now been place on the 'new' console

I said it so many times myself on Nintendo-related stories: where's the 3DS support? It's dying a death out here, it's not getting an infusion of titles regularly enough, and it's suffering because of that negligence. After three years, nobody expected a 'new' 3DS model - more powerful than the last with exclusive titles on the horizon - to appear, nobody thought Nintendo would be stupid enough to fragment their consumer base on a console that struggled to get off it's feet. This 'new' 3DS is essentially an entirely new console, much like the WiiU to the Wii, and it would seem that Nintendo are up to their old tricks of utterly abandoning a console too soon, counting their chickens before they're even close to hatching. You can argue that this'll be slow, that the console may not see international release until 2015, but it really shouldn't matter. This is a case of doing something they've never done before: creating an entirely new, more powerful version of a console with exclusive games that could very well be the platform future titles will be released on. Unlike the GameBoy to GBC jump which had fairly long times between their launches (1989 - 1998) and were two completely different consoles, the GBA variations and the DS variations, none of these offered up console-exclusive titles that couldn't be played on other models. This has changed the game entirely, for the worst, given that this follows the Wii-death pattern, and could be pushed in a manner which leaves the current 3DS starved and devoid of future releases. This is pretty much an insult to anyone who bought the damn thing to begin with, and shows a disturbing trend that - if fed - could lead to more terrible shit in an industry that really, really doesn't need it. It's not just anti-consumer, it's anti-business and anti-common sense.

Then again, this happened: So really, the whole Wii comparison is apt given the random shit they've attached to the console over the last 3 years.
#General-Opinion/Editorial
Login to vote this up!