The Legend of Korra proves why we need a female Link 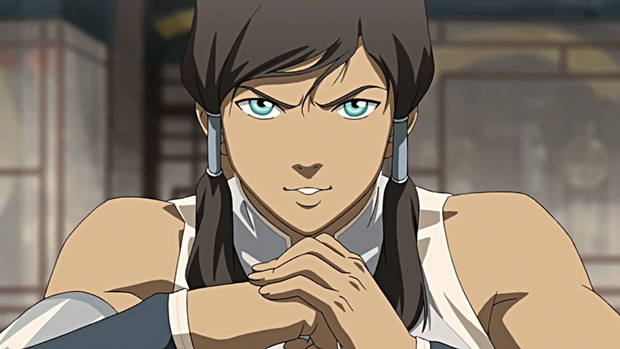 I just got around to watching the Book 3 finale of The Legend of Korra (heart-wrenching ending, I might add). I'm always amazed by how good that show is. Sure, it doesn't quite reach the same lofty heights as The Last Airbender, but that doesn't prevent it from being amazing in its own right.

What really endears me to the show is Korra herself. She's tough, brash, impulsive -- everything that the previous Avatar was not. It's entertaining to go from the wise, collected Aang to this vastly different incarnation, only to realize that they both share the same righteous conviction. Two sides of the same coin -- a fitting analogy for a show so firmly rooted in themes of duality and harmony.

Oh, and she happens to be a girl.

Just two weeks ago, some photos of the Hyrule Warriors artbook began circulating the net. One image in particular, of a female Link concept, captured a sizable amount of attention. Was this a proposed gender option that was left on the cutting room floor? And what of the name "Linkle" associated with the design? Was this really a female Link or rather someone related to him who shared a similar name?

Whatever the truth may be, it got people talking. Hell, any time the subject of Link as a female is brought up, Zelda fans are bound to congregate in droves -- a good chunk are all for the idea, while others think we ought to leave well enough alone. The latter think, Link has been portrayed as male in every series installment for nearly three decades. He's an established icon. Why change that just to satisfy a vocal minority?

But Link isn't a single character, is he?

In the beginning, we all assumed that the Link and Zelda in each new game were the same people. Things started getting a little murky, so we switched gears and proposed that each game was the same "legend" retold, with the same characters assuming similar but subtly different roles.

Ocarina of Time came along to illustrate a clear progression from one game to the next. Then The Wind Waker explicitly stated that the Link living out on the Great Sea was not the same Hero of Time who vanquished Ganon in Ocarina of Time.

And even though these Link share visual traits, namely the green tunic and pointed ears, they often come from different backgrounds. He could be an orphan living amongst the forest folk, a child living with his sister and grandmother, a young man attending a high school in the clouds -- different people stretched across time, all linked together by the red thread of fate.

In the Avatar universe, there's an individual once every generation who's chosen by an unseen hand to be the world's protector. When one Avatar dies, the spirit is reborn within a different race than the one before -- Fire Nation, Air Nomads, Water Tribe, then finally Earth Kingdom. And the kicker? Some of these Avatars are *gasp* female!

That the issue of any Avatar's gender is never once brought up as either a boon or a hindrance to their preordained role is a testament to how progressive the show is. The Avatar is both one and many; the residents of the world acknowledge that. Even regular benders are respected for their talents -- I can only recall a single episode in the entire series when female benders were marginalized, and it ended with the man in power realizing just what a misogynist ass he was being.

The Legend of Korra is in no way worse off because the protagonist has two X chromosomes. In fact, if you were to replace Korra with a strapping young waterbender named Korraq, there would be no need to make any significant changes to the story whatsoever -- save from making Asami the target of Korraq's affection rather than Mako, since I doubt Nickelodeon is ready to rock the cradle with a little swordplay action just yet, if you catch my drift.

What I'm trying to say is, the gender of the main character doesn't make a difference. And that right there is why it makes a world of a difference. Does that make sense?

Did girls young and old thoroughly enjoy The Last Airbender? Of course they did! It was a phenomenal show that appealed to people of all ages, races, and genders. And The Legend of Korra taps that audience as well, female lead be damned. In an interview with NPR, creators Bryan Konietzko and Michael DiMartino shared how Nickelodeon execs were worried that boys wouldn't enjoy the show. Then the results of the test screening came back, and you know what? The boys didn't care that Korra was female!

You know who does care? That one nervous girl who sees Korra as this empowering, ass-kicking figure and is subsequently inspired to be a little more proactive in school and life outside the home.

Aside from that, it's refreshing to see a popular piece of pop culture use its standing to promote gender equality in such a major way, and to do it in a manner that doesn't feel cheap or pandering.

So coming back around to The Legend of Zelda, why should Nintendo give female Link a shot? The real question is, why not? Is it really that drastic of a suggestion?

Like Avatar -- as well as most Nintendo franchises -- Zelda appeals just as much to girls as it does to boys. The hook here is that Nintendo has an opportunity to take Zelda in a unique direction that can't necessarily be done for its other properties. Mario is a defined character, as are Kirby and Donkey Kong and so on. But Link is special.

Shigeru Miyamoto once explained to French site Gamekult: "Link's name comes from the fact that originally, the fragments of the Triforce were supposed to be electronic chips. The game was to be set in both the past and the future and as the main character would travel between both and be the link between them, they called him Link."

But if you interpret the name differently, it could mean that he is the player's "link" to the game world. You are Link, and that's why you are free to rename him however you please. Zelda is a princess, because the legends state that there will always be a Princess Zelda. Ganondorf is the same character in every appearance, simply reborn like Dracula from Castlevania. But Link is whoever fate needs him to be at that moment. He could be a child or an adult or a brother or a student.

How about a girl? There's nothing in the in-game lore that says otherwise. The character of Link if but Zelda's right hand of justice, meant to come to her aid in her hour of need. That task doesn't have to always befall a male. I mean, wouldn't it have been something if Aryll had been The Wind Waker's Link and her brother was the bystander?

There is the issue that Nintendo has always presented Link as a boy in green. Avatar established from day one that no two Avatars are ever alike, so the jump from Aang to Korra wasn't met with much if any incredulity. Link's design and characterization have been far more consistent in comparison, but as I've discussed before, nothing's set in stone.

What exactly would change if Link were female? She'd still have a sword and shield. She'd still run around fields and dungeons, collecting rupees and items. Okay, she might attract a following of in-game fanboys, but is that any different than male Link and all the girls who fawn over him every other minute? Seriously, the only real difference would be the pronoun used to address her. Hardly a deal-breaking concession for the sake of letting a girl save Hyrule for once.

Such a simple change, but the effect would be profound. There's a reason why we have Korra instead of Korraq -- there's a nuance to her journey that simply wouldn't be there if she were just another dude. Many people don't notice it, but for those who do, it's made a significant impact, one that's difficult to quantify.

I watch The Legend of Korra and, despite its flaws, it makes me feel warm inside. Here is something special, something that is rarely seen on television (without resorting to magical girl transformations and sexualized fan service). I see the parallels between this show and the Zelda series, and it makes me want to see Zelda achieve something just as incredible.
Login to vote this up!