9:08 PM on 08.23.2014 (server time)    0
In Super Mario 64, there is a rather nice reference to the Mario games of old. In the Dark World, most players are too busy going through Bowser's lethal traps and minions in such a hurry that they aren't paying attention to the low-poly pillars on the platforms. If you zoom in on one, there are some interesting markings. It would appear that there is a subtle hieroglyphic marking that someone (maybe Bowser?) left for our beloved plumber. An 8-bit Bowser having an iconic battle with the moustached hero straight out of Super Mario Bros. It's a very tiny nod, but it's always refreshing to see a big title remember it's roots. 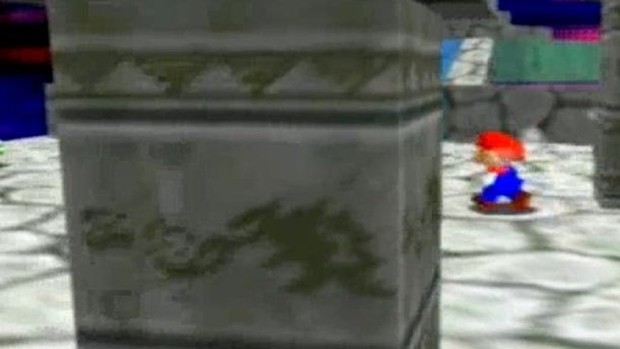