2:27 PM on 08.22.2014 (server time)    0
Hey ditts, welcome to my long overdue second chapter of the little series I decided to call My Game Fears. Last time i shortly shared with you my struggle to advance against the unknown in Ico, you can check it here.

KSP it's a cute space simulator where you are in control of your own space agency, on the earth-like planet Kerbin. The game it's currently on Steam via� Early Access, you should totally give it a try and download the Demo, that's right. An early access game with a demo! The learning curve is very steep as you have to follow real life aerodynamics and physics rules (although the physics are not totally faithful to real life, there's a mod for that and IT HURTS), you'd be lucky if you can achieve an orbit on your firsts flights.
The game consists primarily on the construction of rockets, satellites, rovers and
planes/spaceplanes with the sole propose of gathering scientific data, get science points and unlock more rocket parts to do more science! the developers are slowly adding more features like contract missions and reputation. You have a whole Solar system to explore so hours and hours of exploring are ensured.

Now you might be asking, OK but what's so terrifying about this game? 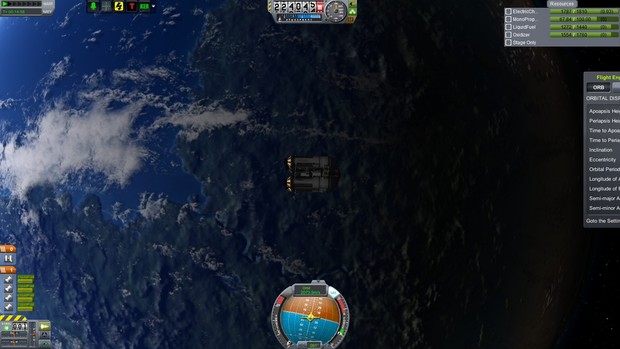 Besides look how gorgeous mods make it.

Oh and as a side note I�m not even afraid of heights, flying on planes is one of the best things and would totally jump on parachute if I ever get the chance.
Login to vote this up!