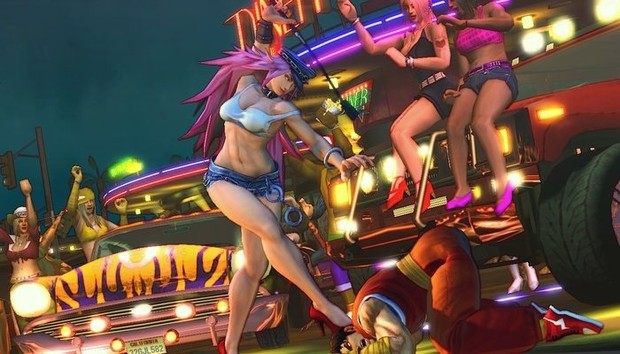 What I Liked:
+Large cast of unique characters. Even the ones who fall into the same class feel different

+Launching into online Ranked mode straight from Training or Arcade

-Numerous glitches, some of which affected my gameplay (like hurtbox glitches and inputs being overlapped)

-Arcade Mode isn't useful for learning the game because the AI reads inputs, making it an unfair match

Ultra Street Fighter IV is an update of an older game and will understandably have some drawbacks. From my perspective as a new player trying to learn it, it wasn't very enjoyable. I think it's difficult for new players to get into in terms of gameplay and its dated presentation. The only reason I've won 100 online matches so far is because I've built up fundamentals playing other games. I keep it simple online and never try to do advanced combos, partly because of online lag, partly because I find the combo system awkward.

Ultra Street Fighter IV is a good game to get into if you've already been playing Street Fighter IV for a while, or you're incredibly dedicated and want to dedicate your time to making it the only fighting game you play. For new players, trying to play this game as your first will be frustrating and I'd recommend other, more modern games.

Here's some links again for beginner tutorials that helped me out.