11:05 AM on 08.21.2014 (server time)    0
So bear with me a moment guys. Recently I finished watching Neon Genesis Evangelion. For anyone who doesn't know, it’s a very famous anime that basically breathed life back into the genre in the 90’s and is looked on with equal amounts of adoration and hatred. But the point is, I finished watching it. And, on me mams life, I cried the most I have cried in a very long time.

NGE really got to me. Its plot fascinated and enthralled me. Its character’s really touched me. Shinji’s (the main character’s) inner demons, his self-doubt and his relationship with his father were enthralling. And I spent a lot of time reflecting on my experience with this anime.

To bring this back to videogames, I realised soon after that me crying isn’t much of a rare occurrence. I’m actually really sensitive and didn't realise it or at least didn't acknowledge it. And most of my more sensitive moments were videogame related. So I thought I’d put together a little blog about the gaming moments that touched me deeply.
(Note: Spoilers for Shadow of the Colossus)

rain was a small game from Studio Japan that came and went. It flew under the radar sadly, which is a shame because it is up there with Journey in terms of PSN gems that everyone should play. In it, you play as a boy who can only be seen in the rain. He sees a girl similar to him who is being chased by shadowy monsters and he runs to help her. The rest…well, play the game nerds!

Anyway, I went into rain looking for a nice, moody little art game. And I got exactly that. But what I didn’t expect was to feel so, well, emotional. As the game plays, ambient music in the background subtly works to engage you emotionally. One of my favourite pieces of music ever, Claire de Lune, is in the soundtrack and, hand on heart, it’s my favourite version. The characters don’t talk, yet you love them so, so much by the end. They are beautifully animated and their voiceless communication and antics just make them that much more endearing.

But the ending tipped me over the edge and opened the floodgates. I won’t spoil anything but I’ll just say that ‘Claire de Lune’ plays, a cut-scenes starts and I have a moment of utter happiness and crushing sadness. I’m getting a little emotional just typing this honestly. It’s just pure interactive beauty, something only a game could do because I’m so invested after everything I’VE done.

I honestly can’t really explain why the ending go me so emotional. It just did. I was sobbing within seconds and I didn’t have the faintest clue why. It’s one of those I guess.

I’m going to assume everyone knows about Persona 3 by this point so I’ll save the intro. ;)
Well the True Ending of the game, like the ending of rain, got to me. This also applies to Persona 4 Golden as well but I played P3P recently so I’ll use it as my example. Same deal with rain, I was so invested in the characters, setting, everything. But what made me bawl like a baby wasn’t really the ending (though it was a very beautiful ending). It was that the journey was over. I spent 70 hours in P3P’s world. 70 hours hanging with my bro Junpei, romancing all the girls (but I felt most for Mitsuru because I could relate to her plight the most), eating Takoyaki, listening that infectious music. I LIVED in that world. And now it was over. Done. It was too


This song has still not left my damn head!

Saying goodbye to all of that was hard. It may sound lame, and really it is. It’s a bunch of pixels, who gives a fuck right? But still, it was sad. Thinking about it though, it’s that good kind of sadness really. The kind where it breaks your heart but you know that you can always come back and start again. It’s not the end really.

Shadow of the Colossus (Agro’s death)

I’m also going to assume most people have played or know all about SotC. Because if you don’t then omg, what is wrong with you?
SotC is an emotional rollercoaster anyway. Slaying these massive behemoths, flying through the air clinging to wings as big as a plane’s, being dragged underwater and surfing on the back of one of them, you experience and do a lot. And through it all, Agro is there with you, diligently carrying you to each encounter and even fighting with you on occasion. In retrospective, his death was obvious. But I damn well didn’t know that!


Actually this is the most beautiful thing you'll hear today. :P

So when Wander and Agro cross that bloody bridge and it gives way and instead of Agro trying to rush to the end, he just throws you to safety and plummets to his death, I was shocked to my core. I didn’t want to continue. It wasn’t fair. I and Agro had made it this far, TOGETHER. Why bond me so completely too this horse, this dumb horse who didn’t follow my commands and controlled terribly, just to rip him away at the last minute? It was cruel for him to die and I quite literally hated the game. Needless to say, I shanked that last colossus so hard. 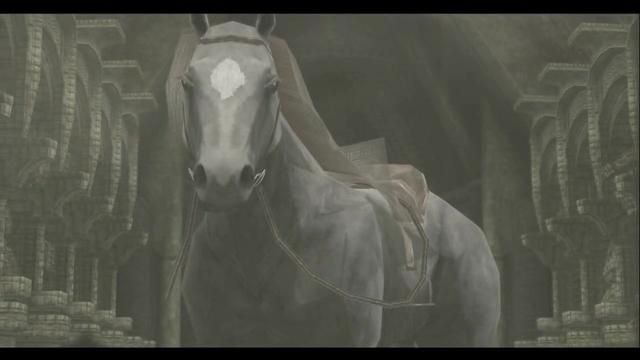 I really love Shadow of the colossus. It, to me, is the culmination of everything I love about videogames, of living and breathing another world and giving up reality for something, well, better and nothing has come close to toppling it. Because it made me cry over a horse. A dumb, stupid, horse.


There are more moments but I felt these were some of the stronger ones. What all this made me realise is how powerful games can be. I can count the number of TV shows, books and movies that me extremely emotional on one hand (Breaking Bad, Taxi Driver, No Country for Old Men, His Dark Materials trilogy). Yet there are at least 10 games that made me all tight chested. Such is their emotional weight.

It makes me excited for what the future may bring, how developers can use these pixels to twist my emotions to their will and transport me to somewhere where I’ll never want to leave. I’m excited for whatever new project Studio Japan have cooking. I’m excited to meet all new characters in Persona 5. And I still clutch to the hope that The Last Guardian will one day be released and live up to its full potential.

Because this really is the reason I play games.


So how about you guys and gals? Any games that made you cry like little babies? Or just feel really emotional? Or am I just a massive pussy?