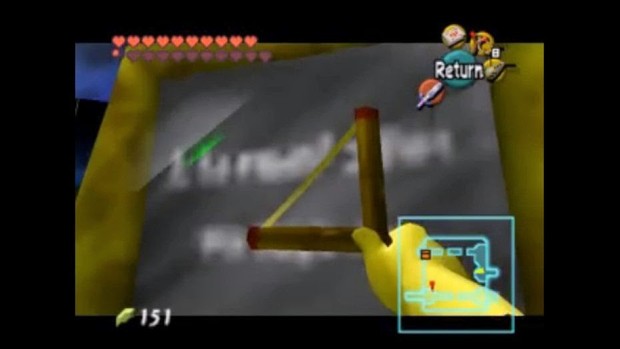 How it looks in Ocarina of Time

The rumor surrounding this tablet was probably one of the biggest gaming urban legends of its time. Supposedly, according to this tablet which is located in the courtyard of Peach's Castle, Luigi could be unlocked by collecting all the gold coins in the game which number 2401. The inscription on the tablet can be interpreted by some as "L is real 2401", which prompted many to try and collect all the coins in order to unlock Luigi. This rumor is of course false, but many believed it to be true back when Super Mario 64 was released. �The tablet actually reads "Eternal Star", which makes more sense considering there is a statue of one right above it.
This trolltastic tablet can also be found in Dodongo's Cavern in the N64 version of Ocarina of Time (I'm actually not sure if its in the 3DS version or not). I just find it fascinating that yet another element from the world of Mario can be found in Hyrule as well!
#General-Opinion/Editorial
Login to vote this up!