Daily Easter Egg #18: Are the Masks in Majora's Mask Based off of Star Fox 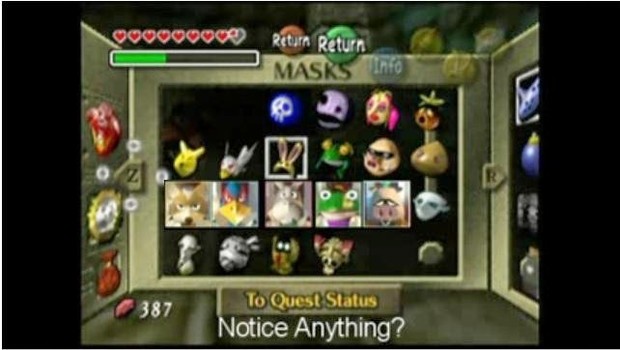 A side-by-side comparison of the masks and Star Fox's characters, courtesy of 4chan


There are 24 masks to collect in The Legend of Zelda: Majora's Mask, and all of them are unique in their own way. However, some seem to resemble some characters from another Nintendo franchise, Star Fox. It is widely believed that the second row of masks in the mask selection screen were modeled after Fox, Falco, Peppy, Slippy, and Pigma. This makes sense considering that Zelda series creator, Shigeru Miyamoto, also created Star Fox.
Login to vote this up!