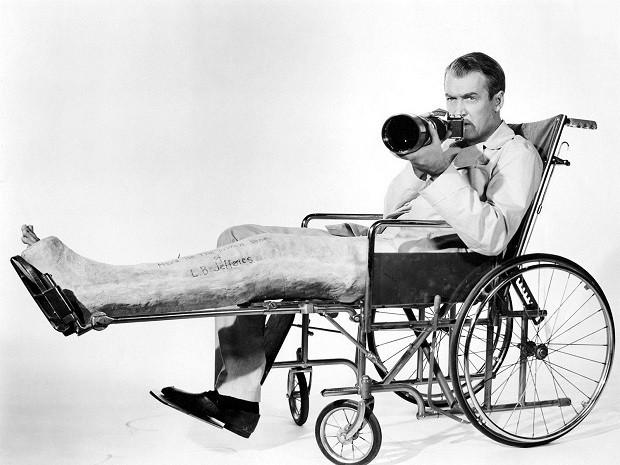 I watch a lot of YouTube on a regular basis, but since I've busted up my foot and find myself sitting around home all day, my dosage level has skyrocketed to Keith Richards-esq proportions. Sometimes I'll wake up, cue up some videos, and just sink into a deep Y-hole until noon (which actually sounds kind of offensive now that I've said it out loud).�

But since I'm watching so much and have nothing else to do, I thought I might share a few of my favorite videos with you all in the style of Occams recent post.�

I've always been a sucker for crazy music videos. I used to stay up late on Sunday nights watching The Wedge and Going Coastal on MuchMusic (the surprisingly hip Canadian equivalent of MTV), wading through hours of tripe just to find a few gems. Now, in the age of YouTube, you can find just about anything with a few taps of your fingers. It's beautiful and amazing, but being the hipster contrarian I can sometimes be, I occasionally miss the treasure hunter vibe of staying up past 2:00 AM on a school night just hoping to chance upon something cool enough to make it all worth while.�

This video from Nick Cave's side project, Grinderman, is just the kind of aggressively bizarre tongue-in-cheek crap I would have had a fit snickering at while trying not to wake up the house. It's got old men in thongs, a spooky girl in a bathtub, and it steals a split second clip of animation from Pearl Jam's Do the Evolution video. What's not to love?

Speaking of old men being assholes, I love this video. I'm not nearly the metalhead I used to be, but Red Fang still manages to charm me. This video takes a real turn at the end that makes it worth watching even if you can't stand bearded men getting thrashed and wallowing in their own filth (and why not?)

I listen to more upbeat pop music these days than a 16 year old girl. I suppose a big part of that is all the 80's revision-ism going on these days. Artists that take the trappings of the 80's and doll them up with a sizzling gloss of style that blows anything that really happened during that decade out of the water. This video oozes 80's �charm�, pop-up headlights, bloomed out video, neon colours, and more leather than a Danier's surplus outlet. Also, I can't help but think that Elly Jackson looks like a cross between an anime character and Conan O'Brien.�

If I had moves like that, I'd never stop.

There's no shortage of Dark Souls �troll� videos out there. Most of them are done by tone deaf tryhards using well worn cheese builds or strategies on obviously inexperienced players, with a retch inducing slathering of �YOU MAD BRAH!?� spread on top. But every once and awhile you come across something so creative or diabolical that you can't help but smile. OnlyAfro is the kind of clever/evil asshole who really demonstrates the depth and beauty of Dark Souls many overlapping systems and the ways they let you inflict cruelty upon your fellow man.

Other times he'll just sit on a bridge with a giant shield like a jackass.�

DrGamerz Street Fighter Is Hard series is a favorite of mine. His quest to attain the elusive �C to shining C� achievement (getting to C rank online with every character in the roster) is documented with fantastic editing, great musical picks, hilarious asides, and more than a little pain. I don't think this series would have worked as well for any other fighting game, the SFIV characters are just so large on the screen and comically expressive, it's like they were made for YouTube shenanigans.�

I will say it's also fun to watch some Street Fighter that more closely resembles my own humble level of play on YouTube, rather than the crispy-link ultra-pro tournament players I usually watch that make me feel hopelessly outclassed.�

Love this guys style. He was pushing the Spy game to its most hilarious extremes back in the early days of TF2. Sadly, it sounds like SubtleArt has passed on in real life, another charming rogue taken too soon.

Jon Bois Breaking Madden and NBA Y2K is some of the best games writing I fear not enough people are reading because it has to do with Sports Balls. I always think it's the mark of a great writer when they can get you to read, and be thoroughly invested in, a topic you'd normally not even glance at. The video trailers for his NBA Y2K articles (and trust me, these articles deserve trailers) phenomenally demonstrate the pathos, grandiosity, and utter incompetence of final years of the NBA.

Well made tutorial videos are like catnip to me. Seriously, I'll watch tutorials for characters, classes, and even entire games I don't play if they're slick enough! LordofUltima's guide to turning Evil Ryu into a jazz devil certainly is. This video is actually a small addendum to his much more in-depth and instructional Evil Ryu guide, just demonstrating a few tricks and high-concept ideas for the character, but that's one of the things I like about it. The video dispenses with any kind of written instruction, but if you understand what he's showing with the multiple picture-in-picture shots and quick menu changing, you can totally follow along and many of the tricks are quite devious.�

Knock off shit is fantastic. The aisles of your average 99 Cent shop or the dusty shelves of a mom & pop convenience store are a comedy gold mine waiting to be plundered. But you'd think Ashens had scraped the bottom of the bargain bin barrel so hard he'd of snapped the ladle by now.�

I have a lot of nostalgia for old toys, and knick-knack junk, so his ever growing collection of oddball tat never ceases to amuse me. There are He-Men figures with melted faces, knock-off Lego people that look like the Children of the Corn, and an endless parade of disturbingly S&M-esq luchadors out there if you know where to look, just waiting to ruin a few childhoods.

The Giant Bombcast, as seen through the nightmarish lens of a Tex Avery cartoon animated while under the influence. While the topic of this podcast was already a little unseemly, the disturbing caricatures of the GB staff really take it over the top. Reminds me of some of the fanart old Podtoid used to get when Jim was still with it.�

The brothers McElroy are a constant source of amusement for my entire family. This sample culled and loosely animated (pictured?) never fails to crack me up. Cake Boss!

Probably my favorite video on the internet. These guys peel back the layers of a franchise to expose how sublimely dumb MechWarrior can truly be.�


ZeFrank � Teddy Has An Operation

If there was ever a wonderful, terrible thing, this would be it. Cute and creepy at the same time.

This extraordinary piece of experimental puppetry appeared on the Johnny Carson show back in 1974, pretty mind blowing. I can't imagine something like this crash landing on a modern late night talk show. �Nobody� was one of Jim's freakier creations, which makes it all the more interesting to wonder how many kids he helped to learn how to count to ten when he showed up on Sesame Street

I have a strange fascination with signal hijacking and pirate broadcasts. YouTube is a phenomenal source for any number of real and faked hijacking, number stations, and other weird nonsense. The Max Headroom incident is fairly well known, but I still love it for it's audacity and super villain swagger. It seems campy to watch it years later on a computer, but imagine how freaky this would have been in real life.�

This video combines both creepy 1960's medical experimentation, weird repetitive tones, and horror movie shticks. A lot of things to love about this creepy music video.�


Don't Touch Me I'm Scared � Bad Things That Could Happen

This is basically my mind at all times.
#Off-topic
Login to vote this up!