Keep it classy: I love grapplers

[When we discussed the prompt for this month, I knew there was a lot of different choices to pick from. But to start things off, I wanted to bring back one of my favorite blogs I made, nearly two years ago. This is a blog about how much I love grapplers! This is pretty much it in its original format but with one major change: Alex and Hugo have gone from an honorable mention to having their own space thanks to Hugo being in Ultra Street Fighter IV and Alex being in Street Fighter V.] 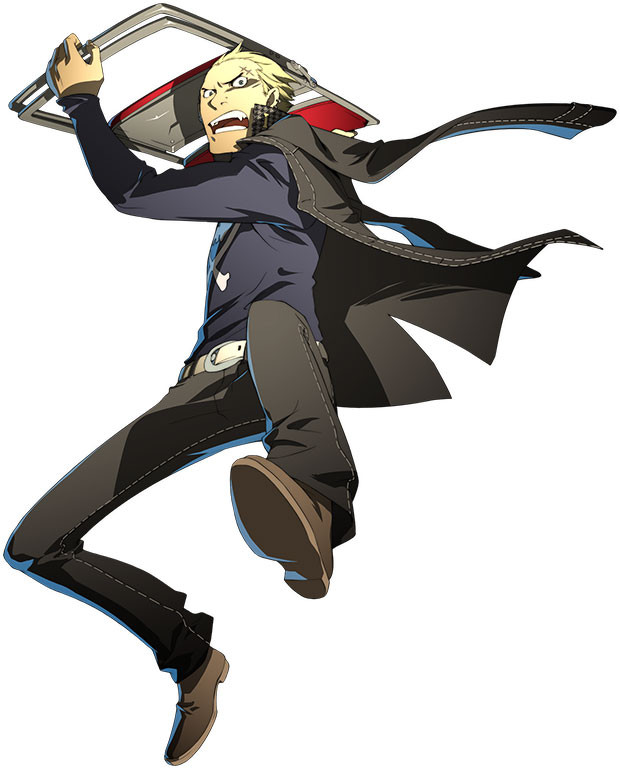 Kanji Tatsumi
I'd be remiss if I didn't mention Kanji Tatsumi as he appears in Persona 4 Arena, who uniquely relies on his Persona in order to perform his own command grab and is even afforded a reversal in the form of the universal Furious Action. Cerebella is the only other character on this list with something reliable to wake up with when the pressure is on and Kanji's has his persona shocking him, causing anything and anyone to come into contact with him that isn't blocking to get shocked and paralyzed, preventing them from jumping. Kanji, like Cerebella, has a wealth of unorthodox but effective tools to combat his shortcomings, only being failed by extremely slow start ups on his moves. Take-Mikazuchi, his persona, gives him a deceptive amount of range to poke with. His Cruel Attack is a follow up command that lets him slam his chair into people he's not done with yet, completely negating the problem of staying in after getting in. And Kanji has one particular aerial attack where a swing of his chair takes up an impressive amount of space in front and below him. But anyone who's played P4A knows simple, scrub cleaning Kanjis love to do three things: Furious Action, command grab, and the air dive.

We know his FA and his command grab has the Cruel Attack follow up so he doesn't need to worry too much about staying close. The air dive is something that makes or breaks new players though because it tells whether or not you're dedicated to winning. The game does not teach players that this attack, which causes Kanji to fall out of the air with the fury of one thousand thunderclouds in order to tackle them to the ground and ground pound them, is utterly unblockable but can be avoided simply by crouching. If someone complains that Kanji's dive is cheap, then you know you can count the number of days he's been playing the game on one hand. While his super command grab is locked as an Awakened SP Skill Attack (only available when health is <20%), it's truly a powerful attack that will KO anyone unlucky enough to not be in Awakened mode before getting hit by this attack. Many characters can attempt pre-Awakened touch of death combos but Kanji can pretty much aim to kill or deal a near fatal blow simply by performing his super grab on an opponent on the precipice of Awakening. Nothing is more heart wrenching then seeing your health evaporate completely when you were expecting to rely on Awakening mode's defense buff.

Kanji's dive is the epitome of a grappler match. It forces the opponent to be on their best behavior because grapplers can do so much damage from the smallest mistake. Now those mistakes are easy to avoid doing in the first place but being careless and complacent is a huge opening to a grappler. 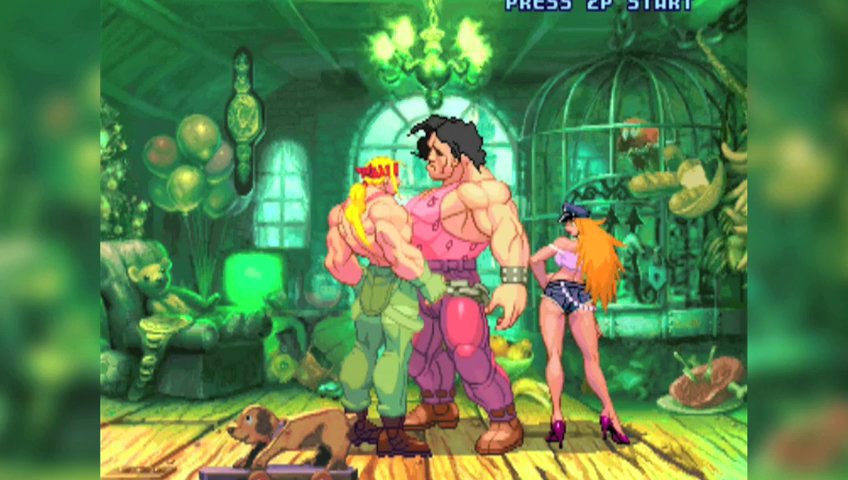 Alex and Hugo
It's a testament to Capcom's prevelance that many of these entries are from Street Fighter. Hugo and Alex were introduced in Street Fighter 3, back before they decided to bring back Ryu or Chun-li or Ken in response to the lukewarm response to the original new generation of fighters. But after Third Strike solidified SF3's place in history, people really began to take notice just the dichotomy between Alex and Hugo. They're two sides of a grappler after all.

Hugo to me is just this huge wall of meat just waiting to wail on you. He's so big and powerful that his moveset is vastly different from any other character's, with a strong, slow jab and medium with a flipping strong hard punch. I love how one of his punch buttons causes him to scoot forward while swinging his huge bear claw of a hand. While he has a 360 command grab, my favorite move is his backbreaker, an anti-air attack that hurls Hugo forward, causing him to automatically grab anyone out of the air into a painful backbreaker. He can even force his opponent airborne by grabbing them with his Ultra Throw, rebounding them off the wall for him to pick out of the sky! He also hasMeat Squasher, a move that force people into the corner. Grapplers love corners.

Alex on the other hand is a much faster, more mobile kind of grappler. Slash Elbow and Flash Chop are great moves for him to use to get in or poke with. And of course there's no Alex without mentioning his Stungun Headbutt, a fancy jump that ends with a series of headbutts that creates and automatic stun! Alex even has two different grab animations depending on whether he performs a normal grab or if he grabs them after a Flash Chop, which forces opponents into a turnaround stunned state. Alex's can even get saucy with crossups with the Big Boots doing crossups. YOU CAN'T ESCAPE!

There are still so many more grapplers I love that I could name, all with their own unique spin on the classic formula of bashing your victim's head into our planet's tectonic plates. A lot of the characters I've mentioned are from anime fighters or old school fundamentalists. But there's still more your can play and learn lessons of patience from! There are plenty of characters from the SNK side of fighters like Clark Still, Tizon, and Raiden, who all pound away at their opponents mercilessly. Street Fighter still has fighters to offer like R. Mika, the buxom blue peach bomber from Brazil. Tekken has Craig Marduk, King, and Armor King to chain together ridiculous grabs, Astaroth swinging an ax and crushing his foes in Soul Calibur, while Tina and Bass represent wrestling in Dead or Alive. Chief Thunder, a possible link to Thunder Hawk, hails from Killer Instinct and only recently in its revival became a grappler. Then there are even characters even further out in the anime fighter spectrum like Bravo from Chaos Code, Kira from Arcana Hearts, Waldstein from Under Night In-Birth, Kanea from Akatsuki Blitzkampf, and Lilith from freaking Vanguard Princess. Yes, I purposely got more and more obscure there. You know fighters? How about goddamn Vanguard Princess?

But the very nature of a grappler is risking everything just to get close and perform an attack that pays it all back with interest. Grapplers tend to face uphill battles but every time we nail that grab, we get that visceral thrill of victory even when we don't literally win. No matter who you are, even if you're another grappler, there's always that moment where you second guess yourself and have the seeds of fear planted as you know one thing for sure: one mistake can means the difference here in this fight.