Raging Chart On: The Vocal Minority (Sort of VGR)

11:01 AM on 07.15.2014 (server time)    0
This Raging Chart On actually doesn�t have much in the way of math, or charts. �Depending on how you look at it, it either has the least data or the most data for any of the series. �In any event, this focuses on the vocal minority. �The vocal minority is the idea that on any forum of discussion, the comments you read are from the most vocal members, whereas sitting in the background is the silent majority. �

How does this affect gaming? �The best example off the cuff would probably be all of EA. �Its almost paradoxical, really - one of the largest and most successful gaming companies is also the most reviled by gamers. �How can this be possible? �Simply put, the people who enjoy EA games don�t go out of their way to say �I love EA! �Origin is OK! �The ending of Mass Effect 3 satisfied me! �Hitler did nothing wrong!� �Wait, that last one is a bad example...It gets very tricky to tell which side the majority actually is on sometimes.

So to quantify this, I went to the greatest free market of discussion the internet has available: YouTube comments! �It actually has a few really good stats that can be used for collecting data, but it also has some obvious flaws. �For each video I looked at, I considered one view to be one person watching - this is obviously false. �The number of views is actually the maximum possible unique views, but it could be just one really, really dedicated fan who watched Justin Bieber�s video Baby over and over again on repeat. �(Actually, it couldn�t be - the video has been out for 4 years - feel old yet? - and is 3:45 in length. �At most, one person could contribute 1.4 million out of the video�s staggering 1.06 billion views). �The first set of metrics I used were the likes and dislikes. �All you have to do to leave one of those behind is click a button. �Super simple data to gather. �The other metric used is how many people left behind a comment. �This is clearly an enormous dedication as you have to 1.) have something to say, 2.) have to actually type out that thought, 3.) have a Google Plus account, and 4.) be educated and have good grammar�a man can dream, right? 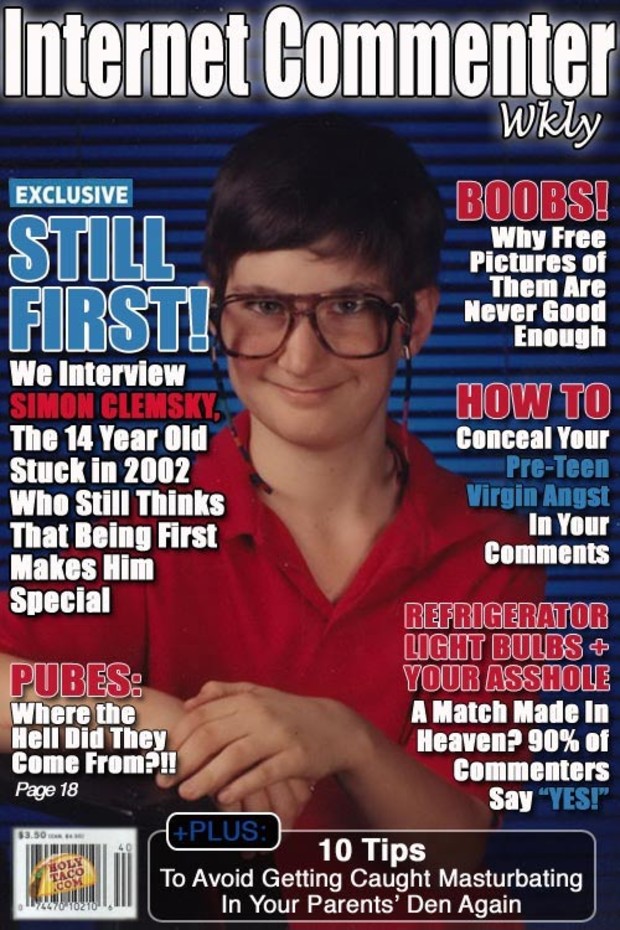 So I started with Game Grumps. �The hiighest like to view ratio for their videos is just about 2.7% of viewers. �The highest dislike to view ratio is a staggering .14%. �Not the period in there. �Finally, the most commented video is .87%. So, to put that another way, 97% of the people who watched the videos (all with above 200,000 viewers) decided to leave zero feedback. �And the comments and dislikes represent, at worst, 1% of the total fanbase.

So lets talk about the highs and lows. �The most liked video (of the ones I looked at) - 3.5%, on a PewDiePie video. �Oddly enough, the lowest was Lady GaGa at .154%. �The most disliked was Justin Bieber - of course. �Who wouldn�t hate this guy? �Afterall, he is Canadian, has a bowl cut, and throws eggs at people�s house. �No wonder his most hated video has...oh� 0.38% dislikes to views. �Lonely Island, meanwhile, comes in at 0.012%, like a boss. �Finally, the comments range between 0.053% (Poor Johnny Cash) and 0.87 (the lovelies are quite the vocal fanbase, apparently).

Now, when looking at this data I only chose about 20 videos on YouTube. �I focused on Game Grumps because I was going to go more into detail, but realized collecting the data was annoying. �Then I went to a smattering of pop songs, more obscure songs, and YouTube celebrities like Markiplier and RoosterTeeth. �20 videos may not sound like a lot, but the sample size is actually quite staggering - 1.89 billion people (or views...whichever). �

There are a lot of things you can take away from the data. �From a self esteem perspective, no matter what you put online, you can sit back thinking that the majority of people who read it or watched it sat back smiling and nodding. �I know that as far as I go, I will read most of the cblogs, or at least skim through. �The majority of times though, I leave no trace - I fap the ones that I really like, and I add a comment if I have something to say, but otherwise it is a hidden page view. �And if someone does leave a crappy comment on your work, realize that they could potentially be outnumbered 99 to 1, at least if it is on YouTube. �Please note: �this is not a free pass to be an asshat.

From the perspective of a gaming community though, I think there is something to be said here. �There are some strong opinions on many companies and developers (looking at you, Gearbox) that exist in the articles, and on the comments. �But these only represent the gamers who care enough to visit a gaming site, open the article, read it, and leave a comment. �That is a lot of commitment in a digital age. �At least in my experience, the gamers that I encounter at work or out at bars just aren�t that dedicated. �Instead of taking the time to read up on why they should be boycotting the next game made by Chair Studios, they play what entertains them. �

As always, if you want to view the data, you can see it here.
#General-Opinion/Editorial
Login to vote this up!