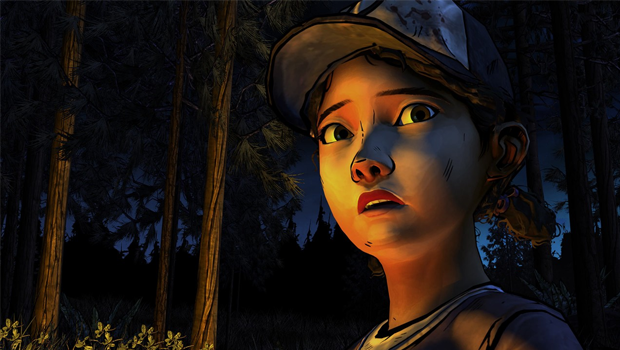 Cutscenes have become quite the controversial topic in recent times, with the age-old feud between ‘core’ and ‘casual’ gamers choosing the term as the latest battlefield. ‘Core’ players see cutscenes as bloat, disrupting the pure flow of gameplay that should be held as the ideal. ‘Casual’ players recognise the narrative value of cutscenes, and simply enjoy being told a story. In the last generation, games such as Cage’s Heavy Rain and Telltale’s The Walking Dead  have fanned the flame wars, with the focus being primarily on cutscenes, often completely disregarding gameplay. Many of the aforementioned ‘core’ gamers see these games as the cancer of the industry, with cutscenes being the largest symptom.

I don’t. I love cutscenes.

There are several games that are used as go-to examples for refuting this opinion. These games either lack traditional cutscenes altogether or only have a very slight amount (mainly used at the very beginning or the very end), but are still considered to present an engaging narrative that does not hamper gameplay. The Elder Scrolls series, the Souls series, and Half-Life 2 are often touted as such.

Though proudly barren of cutscenes, The Elder Scrolls does not boast a solution to the ‘cutscene problem’—cutscenes would be immensely preferable to the alternative Bethesda offers. To present its questlines’ stories to the player, Skyrim opts to completely halt all player agency and glue them and an NPC to the spot while the player selects lines. The complete and utter lack of movement is almost as wooden as the dialogue. This method is archaic at best—acceptable in Morrowind, but as time goes on, and Bethesda refuses to address its flaws, it becomes more and more ludicrous. Skyrim, a game with an immense amount of dialogue, story, and lore, can only support two people in a conversation at a time. There are certain little ‘dynamic events’ in the game, with NPCs awkwardly walking around and regurgitating lines to one another, but the player is allowed no input into this, and is often still glued to the spot. So, in a way, they are incredibly rudimentary cutscenes, lacking all of the finesse and technique of authentic ones. The Elder Scrolls is an awful alternative to cutscenes.

The Souls series, is often praised as the paragon of videogame narratives; an example that all games should follow. Although a novel experience, it’s not. For those unaware, Souls games’ narratives are told through item descriptions, loading screens, and very sparse dialogue from NPCs. There’s a reason this hasn’t gained much traction with developers: it results in a story that’s about as obtuse as Joyce’s Ulysses. Due to practically all of the game’s narrative being missable—often hidden—many players will never get even the remotest of ideas to the actual events of the game’s story. Again, this is a novel experience—I’m not siding myself against From’s method of storytelling. The games present two stories: one, at face-value, the literal events that the player goes through (“I went to X, then killed Y, and carried on to Z”); and two, the lore of the world and its story, discarded throughout the game. This is laudable, but something that wouldn’t necessarily work with other genres and settings. If adopted by the industry at large, it would quickly become very trite, with the same kind of story being repeated over and over. A game set in an established universe, for example, simply wouldn’t work. Souls’ storytelling is completely reliant on mystery.

The last of the examples, Half-Life 2, is often considered the best piece of evidence to give in refuting the importance of cutscenes. Ironically, its story is completely reliant on an evolved form of cutscenes. For those that haven’t played Half-Life 2 (please do), many of the most pivotal moments of story in the game are presented by pseudo-cutscenes. These events take place with information and character interactions being dumped on the player. These often come in the form of NPCs talking amongst themselves, or talking at the silent protagonist. All the while, the player is still allowed the ability to walk about, move objects, and shoot. Essentially, these scenes are cutscenes, but with the direction delegated to the player’s control. They contain all of the ingredients of a cutscene—dialogue, events unfolding, the player being barred from progressing—without ever seeming like a cutscene. The pseudo-cutscene is a technique that quite a few developers have chosen to adopt, with BioShock being another notable example. This is mostly only found within first-person games, as the switch from first to third-person is assuredly jarring for the player. Personally, I’m very fond of this use of the pseudo-cutscene, despite it being in a diluted form—but don’t underestimate my love for the traditional cutscene.

There's so much I love about cutscenes. They’re much more interesting than purely verbal or static narration, allowing developers to employ a myriad of techniques learned from decades of cinema; and much less complicated than dumping the plot through scripted events. There’s a simple beauty to cutscenes—slices of polished craft punctuating gameplay. There’s something so elegant about this rhythm. The ebb and flow of gameplay, cutscene, gameplay, cutscene provides a comforting heartbeat. They provide an instant release from often stressful gameplay, and act as a reward for the player’s efforts. The reward can be great, too: I remember stubbornly pushing through Halo 3’s ‘Legendary’ campaign just to see a few extra seconds in the ending cutscene—a clip I could’ve simply watched on YouTube, but pushed myself to strive for. On a smaller scale, reaching hilarious cutscenes is a far better reward than currency or cars in Grand Theft Auto. To give another personal example, I recently streamed Shin Megami Tensei: Digital Devil Saga 1 and 2 on Twitch. All the time I was playing the game, the chat would be buzzing with conversation—nobody was really paying attention to the gameplay. But as soon as a cutscene occurred, the chat fell silent. Everybody was intently watching the story unfold. For me, the cutscene was a reward for pushing through a couple hours of dungeon crawling; for them, it was their reward for tuning in—the cutscenes were the best form of engagement for them, with it being so much easier to connect with a story and its characters, than with a demon firing off spells at countless faceless enemies. Moments like those just wouldn’t be possible without cutscenes.

I love cutscenes.
Login to vote this up! 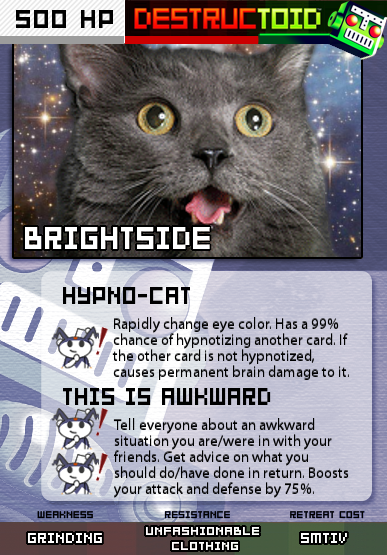