It's not the size that matters: My first Con + Walking Dead Season 2 Giveaway!

6:12 AM on 07.10.2014 (server time)    0
Yesterday I had to spend almost the entire day on the train, so I figured I might as well do something productive with my time and get a head start on this week's recaps. This week was pretty special for me, so there would be plenty to talk about. However, as I was working the feeling crept up that I might as well blog about this. And since I have something to give away too, I want to make sure people take notice. Besides, since I'm posting this on my own Recaps day, that's at least one more blog to make the whole thing seem a little less barren. Because I'm smart like that.

So what's this all about? Well, last Sunday I went to a gamer's convention for the first time ever. That probably isn't too special for you guys across the pond, but I didn't know we even HAD Cons in the Netherlands, so for me it was quite the pleasant surprise! The thing was called EpiCon (kinda lame, but what can you do?) and it was mostly for gamers but with a little fantasy stuff and zombies thrown in. It was not very large at all, but despite being a relatively smalltime event the organization had managed to use the available space efficiently, so there was still plenty to do. The Netherlands is a tiny country, so a huge event isn't exactly to be expected anyway.

Besides, it's not the size that matters, it's how you use it. 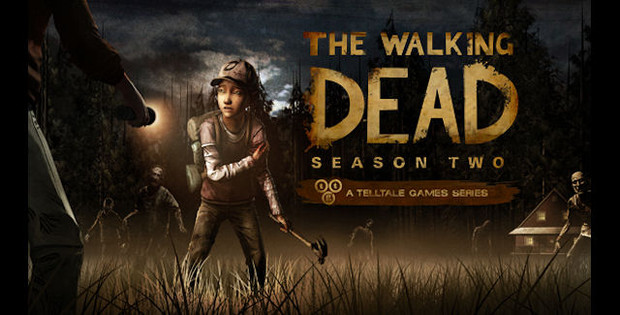 GIVEAWAY TIME
Ah yes, but I promised to give something away, didn't I? Well, upon entrance to the Con everyone received a Steam code for a Season Pass of The Walking Dead Season 2. As I understand it, this will net you all the Episodes already out, as well as giving you the new ones once they release. Now I haven't even played Season 1 yet, so I might as well give this away! Checking the store page for this game, I see that I already have three Dtoid peeps who want this game in my Friends List; you are automatically entered! Everyone else can just leave a comment here saying that you want in. No hooks or challenges or whatever (although I guess you can if you really want to), just ask. I'll collect all the entries next Monday and draw a winner!

Raffle is over, Sir Davies won!