9 VIDEO GAMES THAT MADE MY GAMING DEPRESSION IT�S B*TCH!

4:53 PM on 07.05.2014 (server time)    0
All last year and this year, I�ve kind of hit gaming rock bottom. I can�t really explain why, I just lacked the gaming spirit as of late. Maybe I was burnt out, or maybe I just despised the next gen start up. Going on the internet for anything to do with games certainly wasn�t helping either. Every time I played a video game, I just wasn�t as excited as I would usually be. That said that didn�t stop me from playing the games that slowly built me into playing games some more. These games showed me there is still fun to be had.

*Also as I thought more about the games I listed and how most of them have excellent soundtracks, I might as well display my favorite song from each game.

I remember buying this game and couldn�t get over how perfect this game is. It completely trounces Super Mario 3D Land, a game I was in love with. Whatever depression I had immediately cleared up when I was playing this game, ESPECIALLY during one of the greatest Bowser fights of all time. I played this game 2 player style with my bro so that really made things interesting (we�re more needlessly competitive toward each other than helpful, the fun way!). �Not only is the cast of Mario 2 playable again (with a secret character to boot), but power ups like the cat suit add more fun to the game. From throwing snowballs at enemies to top down shooter levels that require the boomerang suit. This game stands tall among some of Mario�s greatest games. Plus, Bowser rides a pimpmobile. Badass!

FAVORITE MOMENT: That finale with Bowser. I don�t know how to describe it without spoiling but holy sh*t! 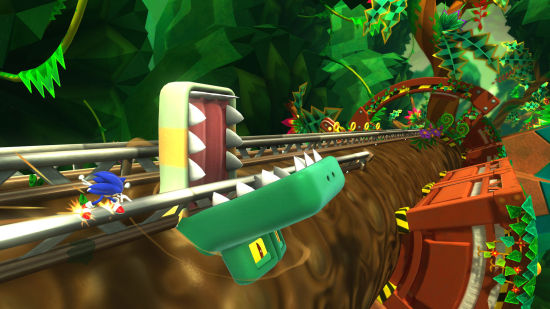 Christmas came and so did Sonic. I�m used to the routine by now. Sonic game comes out, gets mixed reception, I buy the game anyways and I tend to enjoy it. I guess I built an immunity over the years. From its colorful visual style, the catchy soundtrack, the brand new enemies and new moves like the wall climbing and multiple targeting homing attack, the game was actually fun to play. Plus the Nintendo DLC is a blast too.

FAVORITE MOMENT: Tropical Coast Zone Act 3, all because of the music. The level itself was great as well, underwater rail grinding. As a humongous Donkey Kong Country fan, I knew this would put a smile on my face. It�s not often we get another Donkey Kong Country. Tropical Freeze is so good it completely trounces Returns, which was also amazing. For the first time in years, Dixie Kong comes back. Plus Cranky is playable for the first time too! This game ALSO has a fantastic soundtrack because the original DKC composer, David Wise is back. It�s safe to say this game has given me new music favorites compared to the original trilogy. It was just so great to see the Kongs back to doing their thing again.

FAVORITE MOMENT: The return to Donkey Kong Island. I don�t know how Retro made me feel nostalgic for a 3 year old game that was also intended to invoke nostalgia from the original DKC (metastalgia!) Seeing DK Island become a frozen wasteland hit me right in the feels. They even got the giant bat from Returns to cameo in a frozen block of ice! Plus atmospheric moments call for really special music as well.

Back to Sonic one last time, and this was a weird one because I already played this game back in 2008. Honestly, Sonic Unleashed was just very ok for me. The Day levels were great but the Night levels (which are far greater in number) completely sucked.
So by now you probably deduced that it was the Wii version I played all those years ago. I took a gander at the PS3/360 version on Youtube one day and gasped at the humongous differences between the two. It was like I skipped out on a completely different Sonic game. Yeah yeah, it still has the day and night time treatment but c�mon! Generations-like day time levels, actual freedom in the hub worlds, DARE I SAY KINDA ENJOYABLE WEREHOG LEVELS! On top of that, the graphics still look beautiful to this day thanks to the Hedgehog Engine, the soundtrack is still awesome and the speed, MMMMMmmm. That speed. Obviously not everyone is going to like this game but it was kind of nice to see an old game from my past retroactively redeem itself.

I can understand people not getting into this game because of its length but length never bothered me. Ground Zeroes gave us a little taste test of what�s to come as well as acting as both the Epilogue to Peace Walker and the Prologue to the Phantom Pain. As short as the game is, it�s actually pretty damn replayable. It�s similar to the Tanker mission in MGS2. Exploring Camp Omega in a middle of a storm, rescuing a bunch of prisoners and screwing around with the guards is pretty fun. �I love how the guards are far more intelligent, like how they�ll actually report on whenever a surveillance camera is downed. Common sense prevails! As far as stories go, Things are going to get interesting with Big Boss and his descent to madness, and Skull Face is quickly becoming one of my favorite Metal Gear villains already. Speaking of Metal Gear�

FAVORITE MOMENT: Playing Destroy the Anti-Air Emplacements mission. It�s a mission I love because it�s where the enemies� behavior is at its most erratic and unpredictable. It can actually be pretty challenging to accomplish without getting discovered.

On the flipside of Metal Gear Solid V where its story is darker and the gameplay is about being sneaky, Revengeance is a fun action packed, totally ridiculous game about killing things. What I was surprised by was how you REALLY were moving around killing things like Raiden was in MGS4. I also love how the game doesn�t take itself seriously but at the same time makes some really good points in its story. Guess what? This game�s soundtrack is amazing as well! My favorite part like any MGS or Platinum game is the boss battles. I�ll say fighting Jetstream Sam mono y mono was one of my favorite battles, but credit where credit is due, F*cking Senator Armstrong may be one of my all-time favorite final bosses ever! Seriously you guys.

FAVORITE MOMENT: Do I have to say it again?! SENATOR F*CKING ARMSTRONG!!! He has a dream!! 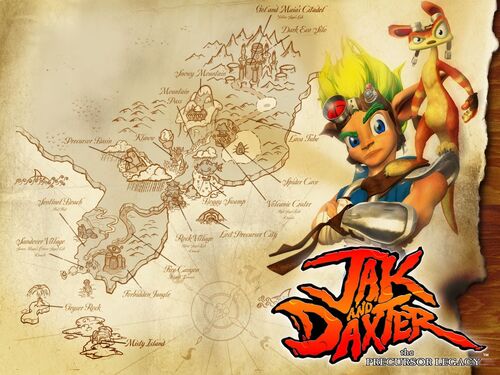 Now here�s a game that I never found a way to obtain until many years later through the Jak and Daxter HD Collection. The game has a lot in common with the ol� Crash Bandicoot games but with a more open world feel. I actually like the worlds and how they connect. Whereas Crash depended on warp gates and a map, Jak and Daxter was one big vast world with no loading screens. Another reason I like this game is because it reminds me so much of old school Naughty Dog (Andy Gavin and Jason Rubin era). I mean that both from a gaming style perspective and within the games story. This game was set before the story became more sinister and took place in a post-apocalyptic wasteland with guns and all that cool sh*t. It�s nice to see this game stand out as the calm before the storm peaceful game.

FAVORITE MOMENT: Viewing Sentinel Beach with time passing. It�s rather relaxing. Plus it�s fun to see the day and night mechanic in old games get experimented on back then.

About frigging time I got to this game! I had a blast with this one. So many moments, I got the whole map memorized! The only Metroid games I played before this one was some of Metroid Prime and Other M. The music, the atmosphere, the bosses and the exploration were amazing. I just love how powerful Samus gets when she gets her powers in this game. I got so addicted to wall jumping and high jumping. Plus the ending was simply powerful. I might have to reconsider my top 10 list. I felt the urge to play it all over again right after beating it! As of right now I�m busy beating NES Metroid and Metroid Fusion and those are becoming addicting as well.

FAVORITE MOMENT: Entering Ridley�s Lair and battling Ridley himself. There�s something about entering his hideout with the sinister yet epic music kicking in. It�s like you�re about to battle the final boss. I also love how there are no rules for how you take Ridley out. You just go all out on him. My first time defeating him was when I ran out of all my missiles from hitting him and I was down to 10% health exact with no E tanks or reserve tanks. I used a power bomb while Ridley grabbed me in ball mode. Ridley died while I was still being held by him from the explosion and I was shocked to see that survived.

And to cap it all off, I�ll end with Mario Kart 8. When it comes to Mario Kart, I�m not usually the one to hype it up. Mario Kart 8 changed all that. Whereas DS was average, Wii was item heavy and luck based and 7 was, well kinda sh*tty, 8 brought a wonderful balance back to Mario Kart I hadn�t seen since Double Dash! The graphics are beautiful and colorful, another f*cking amazing soundtrack (I�m starting to recognize a pattern here), and the items are actually kind of balanced by Mario Kart standards. Plus the Blue Shell of Death�s reign of terror is over thanks to a new item. And don�t get me started on how creative the race tracks are. I feel like all the other Mario Kart games were building up to this one, from the bikes returning, coins, customizable parts, hang gliding and under water driving, online, etc. A personal win for me was seeing Bowser�s kids come back. That�s right, my favorite Mario adversaries of all time next to Bowser, the Koopalings! All 7 of them are playable for the first time and boy did I play the crap out of them. 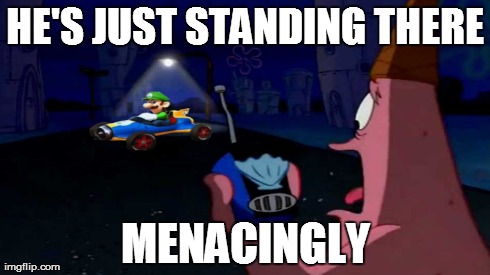