To Mr. Yoshida: Why People Prefer AAA Games Only 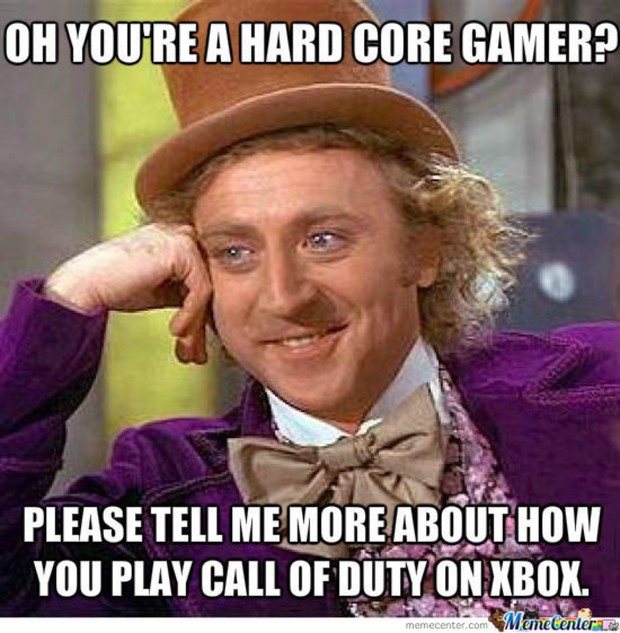 3. Casualness
The word “casual” has come to take on all kinds of negative connotations during the seventh generation of consoles.  When I use the word, I use it in its most rudimentary sense – that of an action performed irregularly.  When I was selling video games, I can’t tell you how many people have told me that they exclusively buy only two games a year: one being a big name sports game, the other being a big name shooter.  That isn’t to say that these gamers aren’t deeply delving into the games they’ve purchased and are trying their best to master them.  But one cannot deny that these infrequent explorations into what gaming offers as a whole demonstrate tendencies of a causal relationship with the medium.  You certainly wouldn’t be given credence to calling yourself a hardcore movie buff if you exclusively watched Chris Farley films.  I would call my experience with gaming in the 2000s a very casual affair, as my PS2 likely saw more action from film than from gaming.

The discussion of casualness is a touchy subject since the word’s meaning has become synonymous with hack budget games or family-friendly cash-ins festering in the seventh gen library.   But casualness truly is a part of what makes AAA gaming so appealing.  The big name games that fulfill those specific entertainment desires are always going to be swept up by the masses, as they’ll provide that entertainment to those who play two games a year as well as those who look for a variety of games.  But if there is any reason for people exclusively playing AAA games, the last c should be the most telling.

Ever since competing businesses have been involved in gaming, gaming has been capital-creating arms race.  Of course it’s capable of cripplingly beautiful creativity, but those who have funded our favorite pastime are often guilty of utilizing escalation as a means to differentiate their products from others, just like in about any other business.  Bigger is better, so the biggest is the best!  This philosophy has been crammed down our throats since we were young, impressionable gamers, and today that philosophy is being crammed down the throats of the new generation.  One need only look to the cultural anxiety sparked by the emergence of the eighth generation of consoles, or read about Bobby Kotick saying Destiny is a 500 million dollar project.  The gaming industry shows no signs of slowing down in this philosophy, keeping shoppers convinced that to get to the next gaming plateau there is no choice but to go bigger!  Flashier!  Graphicsy-er!


So, yah!  What do you think the gaming public is going to do when you keep telling them that the only way to get the best is to buy the biggest games?  Well, they’re probably going to keep buying the biggest games and ignore everything else!  The industry has purposefully conditioned gamers to want the biggest, perhaps under the assumption that gamers are also conditioned to shell out as much as they can to access that big experience.  Having grown up through the Bit Wars, my previous thoughts on gaming were very much in-tune with this philosophy.  Final Fantasy X and Grand Theft Auto: Vice City seemed to me like the biggest experiences possible for their respective genres, so why try anything else until the next iteration of them comes along?  They looked the best and played the best because they were, well, big games, and games were about getting bigger (see: better) experiences!  Many others will follow this philosophy as well as it is crammed into their brains, saving up their dollars or waiting for Christmas to get their next round of AAA gaming euphoria.

It truly is delightful to see games like Outlast and Transistor being focal points in Sony’s branding establishment for the PS4.  It shows a marked shift in previous business philosophies: that they feel confident that smaller-budgeted, more intimate experiences truly can stand toe-to-toe with their AAA counterparts.  Hopefully, we can anticipate a future in which gaming becomes an even more adventurous landscape, with gamers becoming conditioned to feel that indie games are comforting, convenient, and also open to casual enjoyment.


Er, you know... eventually.
Login to vote this up!