(NVGR) Why I quit The Dismal Jesters 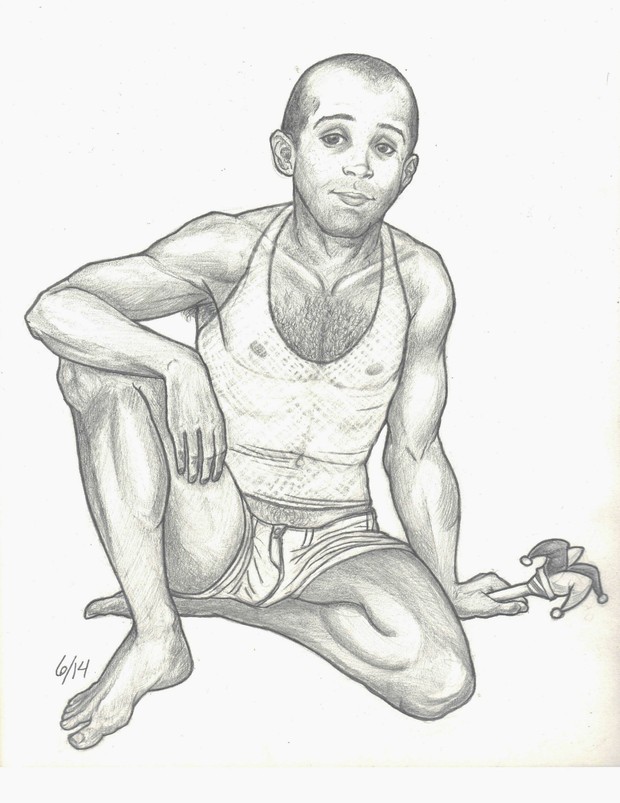 As some of you may know, I was doing a Podcast with former Dtoid writers Conrad Zimmerman and Jim Sterling called The Dismal Jesters. It was more-or-less a continuation of the version of Podtoid that Jim put together in 2011. The first cast was me, Jim, Max Scoville and our former Dtoid show co-host Tara Long. Then it was just me and Jim for a while. Then Conrad and Hamza would join in sometimes. Then Conrad became a regular. Now it's just Jim and Conrad, though my understanding is that they're looking to start a new show with a new cast member.

I think the show has something between 12K and 22K regular listeners, and since last week, a lot of them asked why I quit the show. So I'm here to say something about that!

It wasn't because I didn't like doing the show. Jim is endlessly amazing and fun. Conrad is smart as a whip, sniper like with his humor and spot on observations. It wasn't because the listeners were jerks either. They were largely awesome to me, and even when they weren't, the worst I'd likely get is a slightly off-putting reference to a past episode or some other form Jimpersonation that was easy enough to deal with.

So why did I quit? There are actually a ton of reasons, large and small, why its smarter for me not be on a show like Dismal Jesters than for me to be on a show like Dismal Jesters. Not more fun, just smarter. I'm not going to get into them all though, because it's reaaaaally hard for me to imagine that they are all that interesting, but I will talk a little about the #1 reason-

It's a really, really dumb idea to work in health care and be on a semi-popular podcast where your friend almost always verbalizes his fantasies about killing you and/or having sex with you and/or doing some crimes.

If I worked at a day job in a field like accounting, or carpentry, then I could probably be on Dismal Jesters and without worrying about it coming back to bite me. Or if Dismal Jesters had like 500 listeners, then I probably could have gotten away with it and still worked in health care. But I've been getting recognized on the street from the show more and more. People find me on twitter and ask me to explain the meaning of pages on the Podtoid/Dismal Jesters site that describe human mutilation multiple derogatory labels for people that suffer from mental illness, etc. As time went on, it appeared more and more likely that eventually, one of my patients or coworkers stumble upon the show someday continued to mount, so I had to quit.

I want to try to do something else with Jim and Conrad. I already offered to do a videogame podcast or a movie commentary podcast or something, anything that isn't often about putting me in the spotlight and/or the shitlight would probably be fine, as long as it doesn't get to popular. I also offered to close out Dismal Jesters with another episode or two, as taking a risk on a couple more shows wouldn't likely do much more damage than has already been done. They didn't seem into it though. We'll see what happens in the future.

For now, I am glad to that I no longer have to wrestle with the fact that the surreal, fun, and almost always disgusting conversations I have with my friends are being shared with the public anymore. I'm going to miss talking to Conrad and Jim every week. That was the point of doing the show for me. I also feel badly about letting down the people who enjoyed the show and wanted it to keep going, but they have +3 years of the show to listen to if they want, so I think they'll be OK. More so, I'm sure Jim and Conrad's next show will be even better than what we've been doing. Most Dismal Jesters listeners will likely forget about me within a month or so.

Still, if there was a guarantee that only the people who would ever listen to the show, read about the show, and make fan art related to the show are the people who are into it now, then I would probably keep doing it. As it is, I'm already risking a good amount by writing blogs like this and doing other internet stuff. Doing game blogs and internet videos is worth the risk though, as it's a big part of who I am.

Ultimately, Dismal Jesters wasn't worth the risk, as it's not a big part of who I am. It was just recordings of me talking to my friends. The fact that it developed the most passionate fanbase out of all the things I've ever done is a puzzle, but we don't get to choose what others appreciate (or don't appreciate) about us. We only get to choose what we do with our lives, and hope for the best from there.

I hope for the best for Jim, Conrad, and all the listeners. Thanks for everything guys.
Login to vote this up!