10 things about UsurpMyProse because I DON’T KNOW!

12:18 PM on 06.14.2014 (server time)    0
Oh, why, hello Dtoid! I didn’t see you come in. I was just sitting here by my fireplace, enjoying a nice glass of cognac as I discuss the day’s politics with other men of great stature. By which I mean I’m lying in bed shirtless, watching old episodes of One Piece over a bowl of Honey Nut Cheerios. I’m currently halfway through the Water 7 Arc, and shit is heating up. That Luffy will stop at nothing to save his nakama!

Anyway, I thought I’d take some time out from such significant matters to discuss a subject of even greater significance – myself! It’s come to my attention that I may be somewhat of a mystery to you all. A man shrouded in secrets. An unknowable enigma of much fascination. Or maybe you don’t really care who I am. Well, too bad. You’re going to shut up and you’re going to sit here and I’m going to tell you 10 super interesting facts about myself and then we’re all going to find out how the Straw Hats can possibly defeat CP9. 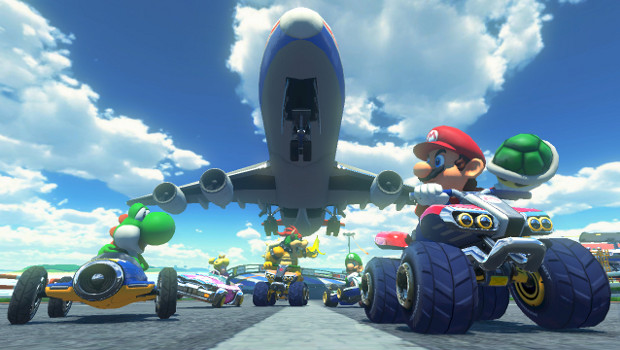 After the smack down Sony delivered at last year’s E3, I was certain my next gen console of choice was going to be a PS4. I was ready to wash my hands of my Xbox 360 and return to Playstation’s loving, expertly marketed embrace. But then something happened. Something nobody could have predicted. Something wonderful.

Now, I’m not saying a single stupid meme is responsible for me driving 45 minutes to the only GameStop in my area with the Mario Kart 8 Wii U Deluxe Bundle still in stock. It’s just that Mario Kart 8 looked so damn fun. As did Super Mario 3D World. And Super Smash Bros. Wii U. And all the classic Wii games I never played because I never owned a Wii.