Publishers Hate Me. Videogames Don't Welcome Me. Luckily, I Never Got The Memo

10:20 AM on 06.12.2014 (server time)    0
If you like videogames and you aren't not a Caucasian male, boy are you screwed. The message coming from videogame developers couldn't be clearer: we don't like you. You're not important. We don't want you to play our games. Now get your filthy monkey paws out of my sight.

This message is very, very clear because most videogame protagonists are white males. There aren't many black characters, or gay characters, or women in the spotlight. Publishers don't really seem in a terrible hurry to address that imbalance either, no matter how many tears Kotaku and Polygon shed. What makes this so insidious is that the only reason we play videogame is to see ourselves on the big screen, to live our power fantasies, to feel awesome.  If the protagonist doesn't look exactly like us, we can't do that. We feel rejected. Out of place. Totally sad pandas.

It's not enough for the protagonist to just look like us physically, no sir. They have to share our values, our  beliefs, our sexual orientation. If you were blessed with English as a mother language, a dick, a white color skin, but then god decided to limit your privilege a little bit by making you have the hots for other dicks, you can't possibly feel welcome by a game if the white male protagonist doesn't at least hint he also likes men.

At least that's the narrative specialized videogame websites have chosen to champion these days. And I'm very happy nobody ever told me any of that when I was first starting my gaming career.

I've never, ever seen myself represented by a big budget videogame protagonist. I'm Brazilian, brown, overweight, wear glasses, and my left eye literally doesn't look straight. As a kid, I didn't even speak any of the five languages videogames were usually translated into.

You think you're not welcome because the protagonist isn't your clone? Imagine if videogame developers hated you so damn much, they didn't even make games in a language you understand!

Lucky for me, I fell in love with videogames before anyone ever told that was a problem.  I never thought that was a problem either, and I still wouldn't know it was if I hadn't started to regularly follow the English language press about 4 years ago. I have to say, it has been a rather enlightening experience, and I'm learning the real reasons I play videogames.

I'm learning that I play videogames to feel powerful, to live a power fantasy. To feel awesome and empowered. To feel welcome and included. To be part of a community. To see myself represented on the screen. To make my deepest fantasies come true. To feel emotions. To be told by game developers "you are a special snowflake, we care deeply about you". To learn to believe in myself, to believe I can be anything I want.

Holy shit, and all this time I thought I played videogames for fun. Talk about naive! 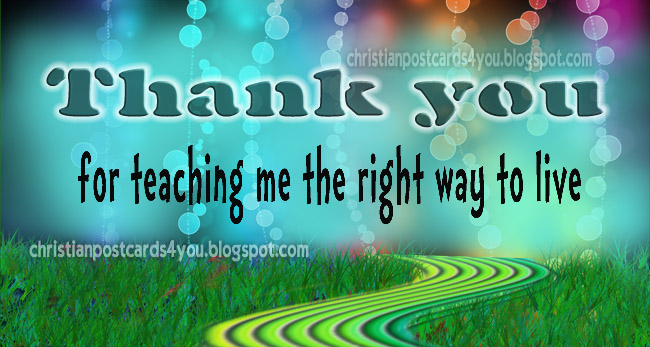 As you probably surmised from the above, I've come to really despite the way the press and some "activists" are going about this. Which is shocking, because this is the kind of thing I'd expect to be all over. By American standards, I'd most likely be considered a bleeding heart, liberal leftist. Then again, by some American standards, Norway is a miniature Soviet Union, so that might not be 100% accurate. I believe in social justice, which is why I'm amused to no end by the "SJW" slur the internet created. I've literally never met anyone who championed social INjustice! I believe in fairness, I believe in supporting the less fortunate, I'm not one of those capitalist zealots who believe the only reason Somalian refugees and Afghan farmers don't live as comfortably as Obama's children is because they don't work hard enough. I believe in the rights of minorities, in a welfare state that doesn't encourage people to live off of it but also doesn't allow the "losers" to starve to death, die of easily treatable diseases or be completely deprived of any way out. I understand that rape culture is a real thing and not a feminist conspiracy, and it startles me to see just how little people understand what rape culture really means. I've been told right here in the C-blogs "rape has always existed and always will, it didn't start because of an underground rape club". Because that's totally what  rape culture means!

Let me show a perfect example of rape culture. Earlier this year, in my country, according to a survey that made national headlines, a whopping 65% of men agreed completely or partially with the phrase (roughly translated to English): "women who wear revealing clothes deserve to be assaulted", and 58% agreed completely or partially with the statement: "if women behaved better, there would be less rape".

That survey must be totally worthless because it was obviously done online on a random feminist blog, right? Wrong, it was a professional survey conducted by one of the most respected research institutes in the country.

That disgusts me to no end. And you'd be mistaken to assume this problem is exclusive to third world barbarians. In Sweden, 1 in 4 women report some form of sexual assault. 25% of all women! Yes, I'm that good at math. Anyways, that is the same rape culture that, in the U.S, made a woman reporter on CNN lament when "young men" (when was the last time you've heard youngsters convicted of any other type of crime referred to as  "young men"?), "star football players, very good students, promising future", were convicted of rape and "watched their lives fall apart" (kinda sounds like their lives fell apart through no fault of their own). The same culture that led to a 30-day sentence for a teacher who confessed to raping a 14-year old student. The judge's reasoning? It wasn't violent, the victim looked older and was as much in control as he was. Yes, that is a thing that a judge wrote on a legal paper. How about the Dupont heir who only got probation for raping his 3-year old daughter because the judge feared he "wouldn't fare well in prison". Yes, that actually came out of her mouth. In both cases, the judges were women.

I care about this stuff, which is why I was rather surprised when I found myself more disgusted by the press and the so-called "SJW" than by the issues (or in many cases, non-issues) they are arguing against/for. It's gotten to the point I sometimes can't help but feel a tinge of satisfaction when I see press members with an inflated sense of their own importance (don't worry Dtoid staff, I still love you!) rage at the realization that, despite thousands and thousands of self-righteous words, publishers still pay little more than lip service to their demands. Yes, I know that is not very nice of me, but there you have it.

And there are issues in the videogame world, sure. I don't need to go over them here because, if you read videogame sites with any regularity, you know them by heart (today Eurogamer had two "females in games" pieces up within minutes of each other), but suffice to say, yes, we could use more female characters, we could use more diversity, and yes, we could behave better as a community. As much as we don't like to admit, online communities can be really hostile to women, and I'm sure we've all seen it firsthand.

But the way the press is going about it has become so ridiculous, and at times so dishonest and blatantly opportunistic, I can't help but shake my head at the whole thing. They turn everything into this super serious epic struggle where everything is a message, everything is about standing up for something, everything is either a commitment to "the right side of history" or "black-hearted bigotry". If some of these voices are to be believed, somehow not being able see yourself as videogame character is a huge slap in the face, a message that you should drop that controller and GTFO, stat.

Making a medieval game inspired by medieval Europe, when women were totally not the social equal of men, is absolutely unacceptable, because video games are fantasy, and fantasy can be anything. Logically, it follows that fantasy absolutely MUST be used as a tool against injustice. Many people fumed that Skyrim, a game going for a medieval Scandinavia feel, had few women in positions of power. They seethed at the response that it wasn't "realistic" (which is videogame abbreviation for "doesn't fit the game world". Next time you're angry that someone is talking about realism in a videogame, try to remember that. Here's a good example to help you out: a machine gun is unrealistic in a Zelda game, while a kid with a sword and shield is unrealistic in Call of Duty). It is a veritable outrage that a game that has dragons and magic doesn't have a perfect gender balance!

Remember Kingdom Come: Deliverance, a non-fantasy medieval RPG set in a small stretch of medieval Germany? Before the Kickstarter even finished, people were up in arms about the lack of people of color. Hell, just this week Polygon added another category to the list of overrepresented E3 speakers: able-bodied. I kid you not.

Am I supposed to take these people seriously? Am I supposed to believe they are even honest,  and not coming up with this kind of hilarity just for the pageviews? That's becoming harder and harder every day.
Login to vote this up!