Stepping Into The Next Generation

10:18 AM on 06.01.2014 (server time)    0
The �next generation� of game consoles isn't just around the corner anymore. We're fully into it and it's an exciting thing to observe. I've already seen how the Wii U, Playstation 4, and Xbox One have all found their places in the market and drawn unique audiences despite their general similarity.

Xbox One is still plagued by its bad reputation and weak start, but is making up for its stumbles with a price drop (and Kinect drop), dropping the Gold requirement to watch Netflix, and a handful of excellent exclusives like Killer Instinct and Dead Rising 3. It's still not the place to go for exclusive games, but there are enough titles there that make it a very attractive option for me. Mostly due to my overwhelming love of Dead Rising.

Playstation 4 has been riding high on its early trouncing of Xbox One, overshadowing it in support for indie games, less scumbag business tactics, and large number of console exclusives. They're pretty lucky that Microsoft messed up so badly right out of the gate, as I imagine that turned many indecisive co
nsumers into surefire Playstation 4 buyers. Giving away free games with Playstation Plus and regular discounts can't hurt as well. If they're still in first place for console sales, it's easy to see why.

Wii U has seemingly struggled with the issue of games being few and far between. Mario Kart 8 was just released, but the next big titles like Bayonetta 2, Hyrule Warriors, and Super Smash Bros are still floating around with an annoyingly unspecific �2014� release date. I know Wii U owners that are upset with a number of things: the limited utility of the GamePad, publishers dropping support, paying for the console before the price drop and not having enough games to play. But at least those few games are genuinely great. Wii U might not take the lead as far as sales go, but I think overall it has the most games I'd like to play right now. In the end, that's what matters most.

So after considering the pros and cons for each system, I have a solid idea of which one I'd like to buy first. They're all worth a purchase for different reasons, but deciding which one to get first is important to me. It could be years before I get another.

Before that, however, I got another gaming platform. While I think most people are willing to pay attention to pros and cons of the major current gen systems, this one a lot less love. The games available range from shallow wastes of time to disgusting, blatant cash grabs in the eyes of gamers. But the funny part is most people already own it. 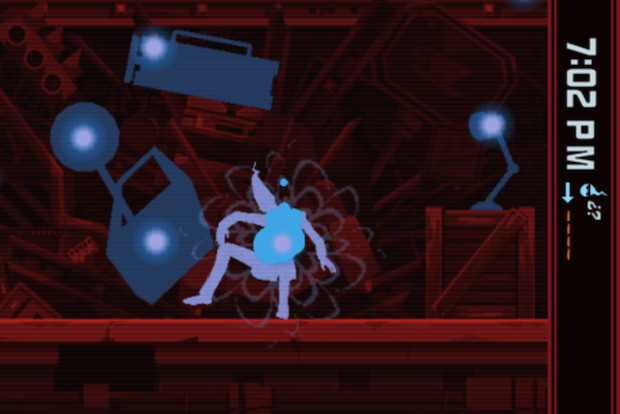 I have no idea how this game played on the Nintendo DS. I can tell you that it translated so perfectly to the iPhone that I never noticed it was a DS game. All of the information and gameplay options are on the one screen, and I never felt like I was missing a perspective by not having the second screen.

The game itself is excellent. The animation is fluid and beautiful, the music is so catchy it's almost annoying to have these tracks stuck in my head all day, and it delivers a mystery in a slow pace that makes big reveals even more satisfying. It is NOT a game to play on the go at all. There is a lot of text to read, and there are many opportunities to ignore the story and explore the world and its characters. I have my phone on me everywhere, but I only played this game at home so I could absorb every clue and line of dialog. And while the puzzles are mostly easy (there were only two I had to restart multiple times), seeing how I altered time and saved someone's life made me smile. It's not just �good for the iPhone�, I think Ghost Trick is a game everyone should play no matter how you get to it.

It wasn't my first choice for a new gaming platform, but I'm happy with my iPhone so far. Recently games like Hitman GO and Monument Valley have taken up my time, both of them being games I sit down at home with a good pair of headphones on to play. I have had more difficulty finding games to play in short sessions that interest me, now that the appeal of Injustice and Sonic Dash have worn off. Still, if the only games I have on my phone are ones that I can only play when I'm NOT on the move, I'm fine with that.

I've spent plenty of time considering what my next big console purchase will be, and getting that will cut into my time playing iPhone games significantly. Still, I'm glad I took the time to give the underdog a chance.
#General-Opinion/Editorial
Login to vote this up!